Founded in 2015, Kitty Hawk has been known to exist for some time already, but we’ve hitherto had no real idea about what it was all about — beyond it having something to do with flying cars. But earlier this morning, company CEO Sebastian Thrun, who once headed up Google’s self-driving car efforts and later went on to found online learning platform Udacity, tweeted out a link to the company’s website and Twitter page. Kitty Hawk’s website now offers some clue as to what we can expect.

It transpires that Kitty Hawk isn’t working on a “flying car,” as such, instead it’s working on a personal “ultralight aircraft” designed to be flown in “uncongested” areas, particularly over fresh water — it can’t be flown in cities. And, crucially, it doesn’t require a pilot’s license, which opens things up to widespread recreational use, though this will naturally raise some safety concerns.

The “Flyer,” as it’s known, will go on sale by the end of 2017, and although we do not yet have a firm price, Kitty Hawk does hint that this will be a pricey contraption. Interested parties can pay $100 now for a three-year membership, which gives them “priority placement” on the waiting list plus a $2,000 discount on the retail price — so it’s safe to assume that the final unit will likely cost well into the tens-of-thousands of dollars realm. The membership also serves up access to key “experiences,” including a flight simulator, demonstrations, and other events.

This is the prototype photo provided by Kitty Hawk, though the company stresses that the final vehicle will sport a different design. 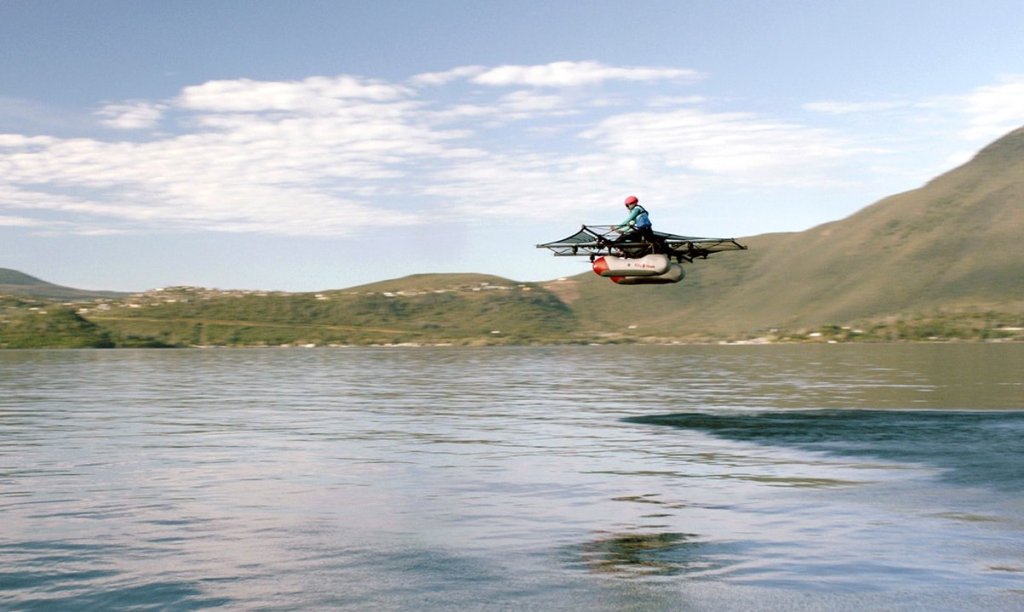 Above: Kitty Hawk: The “Flyer”

Kitty Hawk represents just one of a number of startups operating in the personal flying machine fray. Larry Page is actually working on a second aviation startup, called Zee, which was founded in 2010 with a view to “designing, building, and testing better ways to get from A to B.” It’s currently working on a “small, all-electric plane that could take off and land vertically,” according to a Bloomberg report.

Elsewhere, Mass.-based Terrafugia has been working on prototypes of “roadable” aircraft for more than a decade. And just last week Germany’s Lilium announced the first test flight of its electric vertical take-off and landing (VTOL) jet, as it works toward building an on-demand air taxi service by 2025. Meanwhile, Slovakia’s AeroMobil announced preorders for a flying car, with prices starting at $1.3 million. Zunum Aero is also striving to take aviation into the future with a small electric aircraft that taps thousands of smaller regional airports to transport people up to 700 miles.