Taking the stage at the Move mobility conference in London, executives from Microsoft, TomTom, and Moovit outlined how they’re pooling their various transport, data, and cloud processing smarts so developers can integrate more extensive transport options into their own applications.

“Over the last few years, cities have experienced rising urban sprawl, where residents of metropolitan areas have been pushed out toward suburban areas, often beyond the limits of public transit lines,” noted Azure Maps head Chris Pendleton. “With most jobs still residing in densely populated cities, the typical commute is becoming multi-modal.”

Moovit, for the uninitiated, constitutes two core elements: a consumer-facing app that gives travelers the easiest way to get around a city and a mobility-as-a-service (MaaS) platform that provides municipalities with data and analytics to improve city transport infrastructure. 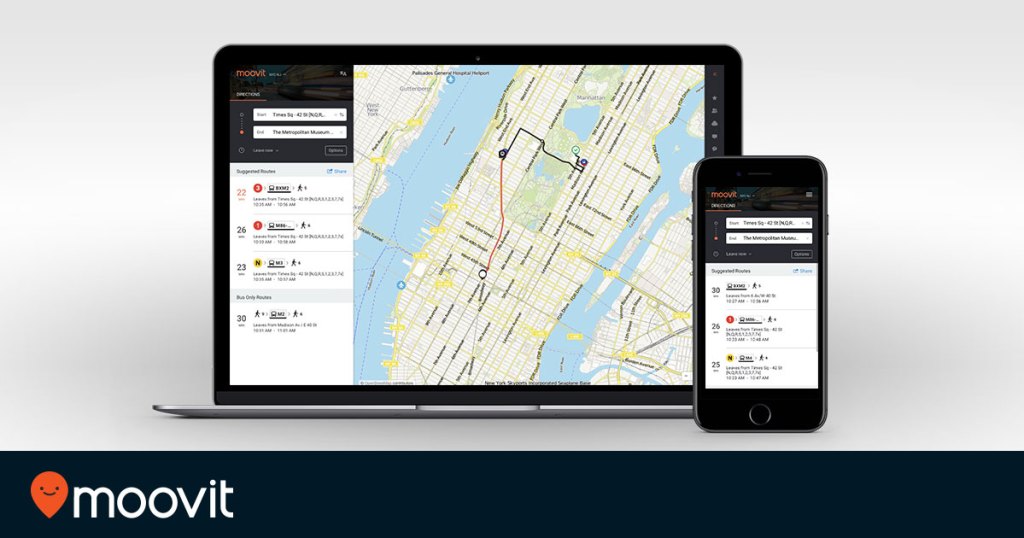 A few months back, Moovit and Microsoft announced a partnership that would allow developers who use Azure Maps to hook into Moovit’s transit data. Last week, GPS navigation stalwart TomTom announced an expanded tie-up with Microsoft, one that will bring TomTom’s extensive maps and traffic data into the Azure fold — in effect, TomTom will serve as the primary location data provider for Microsoft’s cloud platform, Bing Maps, and Cortana.

Fast-forward to today, and the three companies are now pooling their respective capabilities for an urban transport offering that any third-party developer can leverage.

“This will lead to commuters having the best option to plan a trip [by] combining legs on public transit, ride-sharing, bike, or scooter and other legs by car, including finding available parking lot spaces in real time,” added Moovit cofounder and CEO Nir Erez.

Through Azure Maps, Microsoft’s developer-focused mapping platform, users will be able to access not only Moovit’s public transit data, but also TomTom’s real-time driving and parking data. So developers will be able to include the full gamut of transport options inside their own apps — including buses, trains, metros, ferries, carpooling, bike-sharing, and now driving and parking.

“Blending TomTom’s specific auto and parking lot data with Moovit’s multi-modal trip planning gives Azure Maps an unprecedented view of every facet of urban mobility,” Pendleton continued. “No one else has provided this comprehensive level of service in one solution.”

We’ve seen a growing number of integrations between transport service providers, and the term “multi-modal” is springing up more frequently in urban mobility conversations.

Back in 2016, Moovit combined its public transport data with Uber to find the best route in dozens of cities. A year later, Uber revealed that it would make it easier for its ride-hailing customers to keep tabs on other transit options by displaying real-time public transport data alongside private vehicles. Earlier this month, Uber revealed it was doubling down on efforts to show full transit options directly inside the Uber app.

Elsewhere, navigation giant Here recently launched a new social transport app for planning and sharing rides, merging all modes of transport, including public, private, and personal, into a single platform.

Tying these myriad transport options together is maps and data, which is the currency for urban mobility companies. TomTom was pretty much blindsided by the arrival of iOS and Android a decade ago, with smartphones enabling portable navigation in everyone’s pockets. In recently times, TomTom has been striving to refocus its core business to better compete with Google in maps and navigation, and it recently offloaded its telematics unit for $1 billion to help with this push.

“Location data has become more relevant and important than ever before, and no one knows this better than TomTom,” added managing director Anders Truelsen.