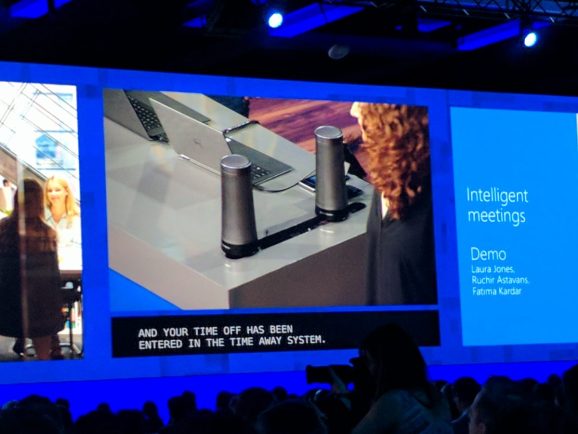 An onstage Cortana demonstration at Build, the annual Microsoft developer conference held May 10-12 at the Washington State Convention Center in Seattle, Washington.

The first four skills available for Cortana — Expedia, Capital One, TalkLocal, and Knowmail — were teased last December, and an additional 26 were shared today, many of which already have a history on devices like Google Assistant or Alexa third party ecosystems.

There’s now iHeartRadio and TuneIn for music, StubHub for tickets, OpenTable for restaurant reservations, and Uber for rides.

Ask My Buddy, also available through multiple intelligent assistants, helps senior citizens dependent on care to contact a friend, family, or caretaker if they fall or are in need of assistance.

Other skills that arrive today include HP, The Motley Fool, Akinator, Bartender, MovieTickets.com, Tact, Skyscanner, and UPS, as well as:

Cortana launches with a little more than 20 skills available. By comparison, Google Assistant has more than 230 actions from third-party developers, while Alexa, which opened its Alexa Skills Kit to developers back in 2015, surpassed 10,000 skills three months ago.

At launch, the Cortana Skills Kit is only available in the United States.