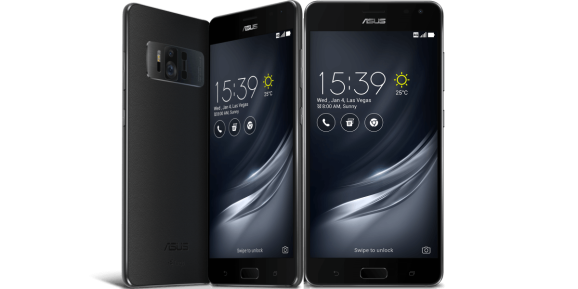 The first Daydream and Tango phone will be the last. Asus has Google’s ARCore to thank for that. I want to say the Asus ZenFone AR was dead on arrival, but that’s not completely true. Google did give it 27 days to live.

When I got my hands on an Asus Zenfone AR review unit, the goal was quite simple: determine if this was a developer’s dream phone. First unveiled back in January, the ZenFone AR stood out as the first smartphone to support both Google’s Daydream and Tango platforms, and only the second to support the latter (Lenovo’s Phab 2 Pro was the first). It was supposed to launch sometime in Q2 2017.

Daydream is a virtual reality (VR) platform built into Android 7.0 Nougat and above. Tango is an augmented reality (AR) platform that detects users’ positions relative to places and objects around them without using GPS or other external signals.

Since the phone’s announcement, a few events combined to created the perfect storm that killed the ZenFone AR less than a month after it arrived.

First, more and more existing and new smartphones gained Daydream support as the months flew by. Flagship Android phones are now more likely to support Daydream than not. Next, Asus ZenFone AR was delayed. Instead of sometime between April and June, it debuted on August 3. And finally, Google launched the ARCore SDK preview on August 29.

The Android software development kit (SDK) brings augmented reality to existing and future Android phones without requiring additional sensors or hardware. ARCore is built on the work already done with Tango, which was first released in June 2014 but had very limited reach because it relies on specific hardware. ARCore is supposed to more broadly leverage Android — Google is working with manufacturers like Samsung, Huawei, LG, Asus, and others to get ARCore on 100 million devices by the end of the preview.

Asus must have known this was coming — Google named it as one of the manufacturers looking to bring ARCore to its devices. Still, it must hurt to watch your product become irrelevant in mere weeks.

The ZenFone AR was never going to be a mass-market phone. While I found the device very responsive in day-to-day tasks, and it certainly had the specs, it’s still no iPhone or Galaxy. Furthermore, the little time I did spend with it made clear the battery life wasn’t up to snuff (likely because Daydream and Tango are so demanding) and the number of Tango apps was puny (I count 33 at the time of publishing).

But the ZenFone AR wasn’t aimed at your average consumer. It had, however, plenty of potential of being an Android developer’s main phone. It could have been a “good enough” flagship while also being the device on which you test your latest AR and VR creations. With the right marketing (“the first AR and VR phone” and “the only Android phone a developer needs”), it could have been the developer’s go-to smartphone.

Instead, there’s absolutely no reason to recommend the ZenFone AR over any of ARCore’s first supported devices: Google Pixel, Google Pixel XL, Samsung’s Galaxy S8, and Samsung’s Galaxy S8+. In fact, if you’re a developer looking to buy a smartphone, any of this year’s flagships will probably work. You could wait for the Pixel refresh coming next month (even though it doesn’t excite me), because it’s likely to set the tone for all upcoming high-end Android phones: Daydream and ARcore support will be a given.

ARCore’s promise is to bring AR to millions of Android phones. That’s a huge win for consumers and developers alike.

The only losers are Tango and the Asus ZenFone AR.