On the surface, the introduction of three new devices to the iPhone lineup seems to be all upside for Apple, which will soon be offering five tiers of handsets covering a wide range of price points. But a closer look at the features and positioning of the latest phones (iPhone 8, iPhone 8 Plus, and iPhone X) reveals what could be a more complicated dynamic — one which threatens to put the company in the position of convincing consumers that any of the new iOS 11-powered smartphones is right for them.

It’s helpful to first put this launch in perspective, which is not as easy as it sounds, because it was in many ways unprecedented — both to Apple itself and the wider mobile industry in general. Three phones is a lot for an OEM that spent much of its history introducing a single new handset each year. Even when it moved to a two-phone, flagship-class lineup with 2014’s iPhone 6 and 6 Plus, the pair of devices has mostly been differentiated by screen size alone (the camera only became another variable last year).

Other manufacturers operate in largely the same way, segmenting the top of their lineup by screen size and/or memory configuration, but little else. Samsung, with its Galaxy S8 and S8 Plus, is a prime example (although it briefly segmented by screen shape before the curved-edge display became standard last year).

Now, however, Apple is presenting customers with three choices, two of which (the 8 and 8 Plus) are fairly iterative upgrades over their predecessors (the 7 and 7 Plus, respectively). The addition of iPhone X, presented by Apple as the “future of smartphones,” serves to completely disrupt the usual purchasing calculus consumers undertake in choosing the best model for their needs.

X is positioned, even if only by virtue of its attributes and pricing ($999 and up), as an aspirational device. It not only offers numerous features not found in even the iPhone 8 Plus — which would have been top-of-range in any other year — but looks significantly different, as well. For Apple fans, especially, this is a lustworthy objet d’art — albeit one that only the one-percent can comfortably afford. 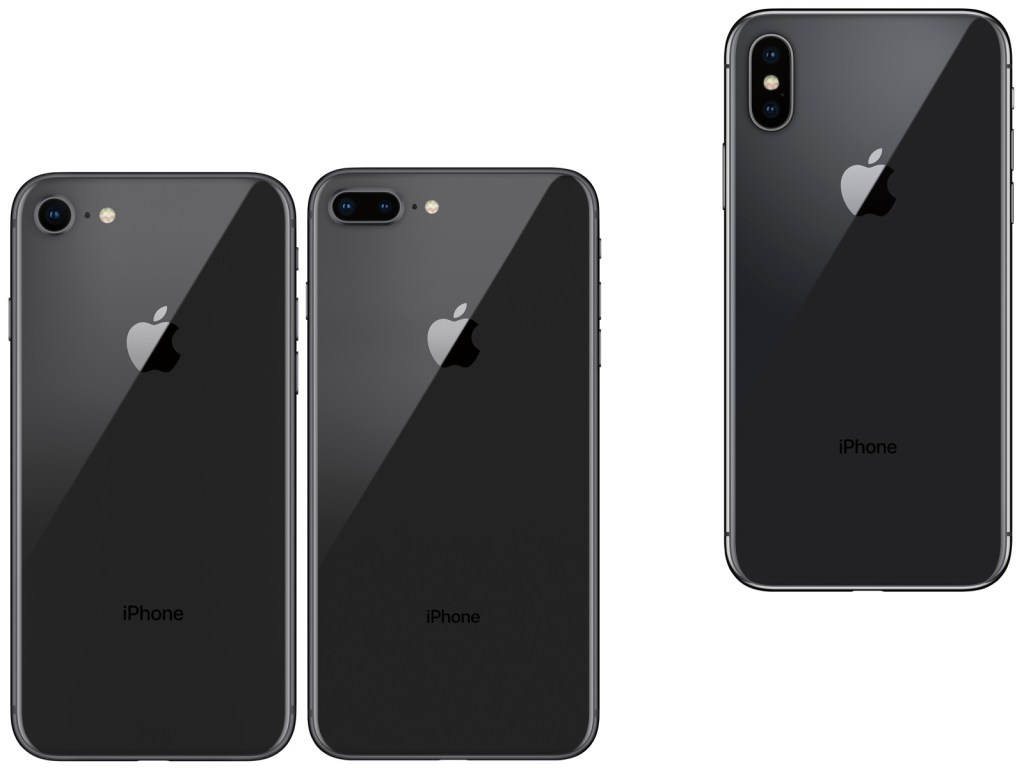 So how does a die-hard Apple fanatic view the lineup this time around? I suspect that almost every one of them will have an internal monologue trying to justify the final $1,000+ sum, looking to find a path towards ownership. And therein lies the beginning of the problem, because for many people, that path does not exist (a situation that Apple actually needs to happen if it is to have any hope of meeting demand for a device with relatively low production volume).

Now that the hypothetical user has been priced out of the only model to truly feel like a significant advance this year, every choice they’re left with is going to feel like a suboptimal settlement. And that is not a great way to feel when buying phones whose starting prices are even higher than those of models that were top-of-range just a year ago. (iPhone 8 series handsets start at $50 higher than iPhone 7 models did.)

Apparently Apple announced three phones today, but you wouldn't know it from my feed here. All I see is one.

I’ve seen this conundrum recently referred to as the Goldilocks Problem, alluding to the fairy tale protagonist’s struggle in finding a suitable bowl of porridge, and it has the potential to damage both Apple and its usually satisfied customer base. From the end user’s perspective, if they can’t afford an iPhone X, but the iPhone 8 or 8 Plus doesn’t feel like a significant enough upgrade to justify the cost, then they may choose to sit on the sidelines this upgrade cycle. Even worse, at least from Apple’s vantage point, they may seek out a handset from the Android ecosystem, which has numerous devices with many of the same or similar features as X — but in the 8/8 Plus price range.

It’s too early to determine whether enough people will end up in this trough of indecisiveness to have a material effect on Apple’s sales for the coming year. But one thing is already clear: Despite presenting consumers with more choices than ever before, the way Apple apportioned features among them, along with the pricing model it chose to implement, is going to leave at least some dissatisfied customers.