This week the VB team went all out: We spent two days with some of the brightest minds in AI. Companies like Google, Pinterest, Lyft, LinkedIn, Amazon, and Walmart joined us alongside startups like Amplero, Datorama, Persado, and Clari.

What was most surprising was not the efficiency gains or improvements in ROI or CTR, though that’s all notable. More surprising were examples like talk of the importance of humility with AI at Indeed, the mistake of ignoring customers and noise in data that Pinterest brought up, or how AI was first brought to Cisco by a small group of believers.

While billions are being invested to train machines, implementing AI is still a process that requires a lot of manual intervention from the flawed, ingenious, fallible animals called humans. We’re the ones who decide which models to use, which parameters are correct, and what data is worth feeding into the system. We’re the ones who help instill bias, overfit models, and launch a thousand failed experiments to find the one that works. In the golden age of AI, every nail is potentially the target of an AI hammer, making it ultimately reliant on human decisions to make the technology efficient, smart, and life-improving.

It’s a big, expensive question, but one that’s going to affect everyone on Earth. Where to implement AI, what kind to deploy, and what’s best for customers escapes many businesses still — even some of the big, deep-pocketed companies.

It may sound cliché, but the best part of the two-day event wasn’t the dank datasets or forward-thinking insights. It was meeting and shaking the hands of people who are in the trenches working to traverse AI’s challenges.

To see a complete rundown of coverage, visit the VB Summit page. 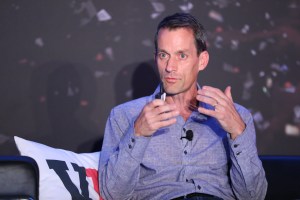 While the current class of deep learning techniques is helping fuel the AI wave, one of the frequently cited drawbacks is that they require a lot of data to work. But how much is enough data? “I would say pretty much any business that has tens or hundreds of thousands of customer interactions has enough scale to start thinking about using these sorts of things,” Jeff Dean, a senior fellow at Google, said in an onstage interview at the VB […] 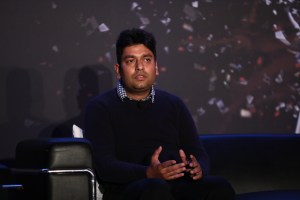 LinkedIn is working to train all of its engineers on the basics of implementing artificial intelligence as part of the company’s drive to make its professional social network smarter. “The demand for AI across the company has increased enormously,” Deepak Agarwal, head of artificial intelligence at LinkedIn, said during an onstage interview at VB […] 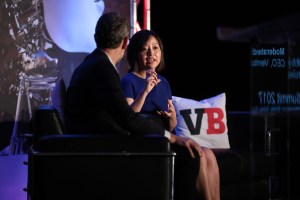 How Pinterest uses AI to learn (and sell) your style

Pinterest’s computer vision tools can be used to identify things you see in the world, but the real goal is to be able to recognize your style, even if it doesn’t have a name. “We don’t have to know the name of your style but we [can match it], and I think that’s the magic part. That’s why we believe Lens is the first baby step to […]” 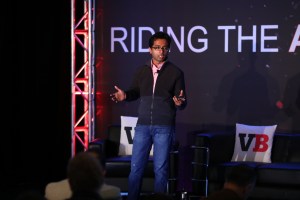 When Cisco started working on a unified analytics platform, the company was more concerned with finding the right people to do the work than with the data they were using, Cisco’s vice president of strategy, Rajat Mishra, said at the VB Summit in Berkeley, California today. “I wish I could tell you we had a very analytical approach to this problem,” he said in an onstage interview. “The truth is much messier.”  […] 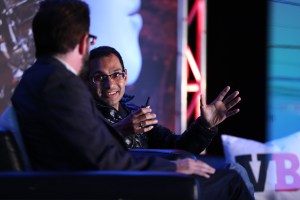 The robots are coming for your jobs, experts say. But whether you’re a Luddite or an engineer at Microsoft, as the AI age threatens the livelihood of so many, services like Indeed that help people find work may be the kind of AI everyone can approve of. Indeed VP Raj Mukherjee said one big improvement fueled by AI has been analysis of job […] 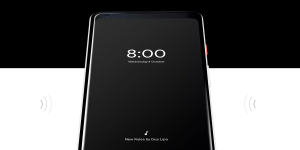 The most interesting Google Pixel 2 and Pixel 2 XL feature, to me, is Now Playing. If you’ve ever used Shazam or SoundHound, you probably understand the basics: The app uses your device’s microphone to capture an audio sample and creates an acoustic fingerprint to compare against a central song database. If a match is found, information such as the song title and artist are sent back to the user. Now Playing achieves this with […]

Silicon Valley’s start-ups have always had a recruiting advantage over the industry’s giants: Take a chance on us and we’ll give you an ownership stake that could make you rich if the company is successful. Now the tech industry’s race to embrace artificial intelligence may render that advantage moot — at least for the few prospective employees who know a lot about AI. (via New York Times)

Mobile AI chips. What are they actually good for? In the recent months we’ve heard a lot about specialized silicon being used for machine learning in mobile devices. Apple’s new iPhones have their “neural engine”; Huawei’s Mate 10 comes with a “neural processing unit”; and companies that manufacture and design chips (like Qualcomm and ARM) are gearing up to supply AI-optimized hardware to the rest of the industry. (via The Verge)

Inside China’s quest to become the global leader in AI

If all goes as planned, China hopes to be the world leader in artificial intelligence by 2030. If successful, Beijing’s “moonshot” initiative – recently unveiled by the government – has the potential to be a game-changer not just for Chinese society but for global geopolitics as well. (via The Washington Post)

From Amazon’s Alexa learning which restaurants its users like, to Apple’s iPhone predicting the next word in a text message, artificial intelligence (AI) is already having a significant influence on everyday life. But Northwestern economist Benjamin Jones and his colleagues are now asking what happens to economic growth if artificial intelligence starts generating original thought. (via CNBC)