Microsoft has finally confirmed launch details for the fabled LTE version of its Surface Pro 2-in-1 tablet / laptop hybrid.

Microsoft announced the fifth incarnation of the Surface Pro at an event in Shanghai back in May, and the company revealed that one of the models would ship with built-in cellular connectivity. Though various versions of the all-new Surface Pro are already available to buy — ranging from $800 to $2,700 depending on the configuration — the LTE unit had hitherto failed to materialize.

It was widely believed that Microsoft would confirm further details of the Surface Pro LTE at this week’s event, with rumors initially suggesting that the device would be made available on December 1. This was followed by reports that the hybrid wouldn’t actually arrive until spring 2018.

Taking to the stage at his company’s Future Decoded event in London this morning, Microsoft devices chief Panos Panay confirmed that the Microsoft Surface Pro (LTE) will indeed be available in December, initially for businesses only. 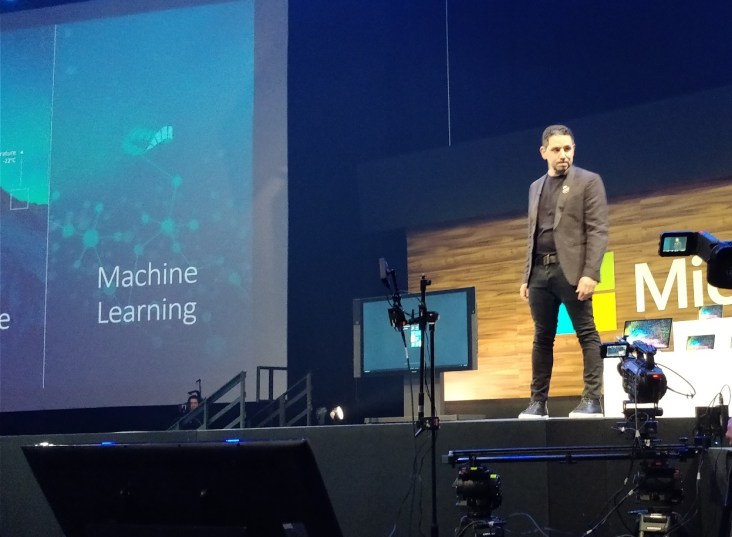 Panay didn’t mention pricing, when the device may be available for general consumers, or an anticipated battery life — with LTE, it should be less than Microsoft’s claimed 13.5 hours on the standard Wi-Fi version of the Surface Pro. But we can confirm that it will be available with an Intel core i5 processor, and it will ship with 20 LTE bands to ensure worldwide cellular compatibility.

Today’s news comes just a couple of weeks after Microsoft unveiled its all new Surface Book, which included a new 15-inch variant. The company’s range of Surface-branded devices has grown significantly since the Surface Pro’s debut back in 2012. Today, the lineup includes the Surface laptop, Surface Book, Surface Studio, Surface Hub, and, of course, the Surface Pro. Some may argue that in Microsoft’s quest to showcase its software on its own dedicated hardware, the Seattle tech titan has muddied the waters too much — rumors abounded earlier this month that the company is set to pull the plug on Surface hardware in 2019, though that seems unlikely based on recent evidence. What is more likely, however, is that Microsoft will look to consolidate its Surface range.

Whatever happens, a Surface Pro with LTE baked in will likely prove popular, given that a large target market for the device is frequent travellers.