The discussion around women’s rights has accelerated this past year with movements like the Women’s March, #MeToo, and #TimesUp. And yet, I find myself asking: Is anything actually changing for women in tech?

I attended South by Southwest (SXSW) last week, which hosted countless female founders and investors (I myself moderated a panel on femtech). Among the highlights were Twitter’s #SheInspiresMe brunch and a fireside chat between Recode’s Kara Swisher and Tina Tchen, the former chief of staff for Michelle Obama who is now spearheading the Time’s Up legal defense fund.

But the event I particularly enjoyed was a breakfast meetup hosted by the European Union, UN Women, and the Case Foundation. The first half was a panel about the future of women in entrepreneurship, followed by a presentation about a new initiative the UN is launching with the European Union and the International Labor Organization.

I have to say that I was more inspired by the panel of female founders and investors than I was with the UN’s PowerPoint presentation about yet another initiative. I don’t want to discredit the UN or its work, which is helping raise awareness around women’s rights. But it’s a massive organization that is bound by governmental regulations and bureaucratic red tape, so operating on a micro level and implementing actual change for women entrepreneurs can be challenging.

The panel, however, was an open and honest conversation about being a woman in tech. Although the discussion was off-the-record, I followed up with one of the panelists — Case Foundation’s Sarah Koch — who says the nonprofit is trying to change the dynamics in venture capital funding.

“The flow of venture capital is terrible,” she told me. “We know that women only get 2 percent of all venture dollars, and only 10 percent of VC-backed companies have a female cofounder. The more we can break down the data around this opportunity, the more compelling the argument will be.” 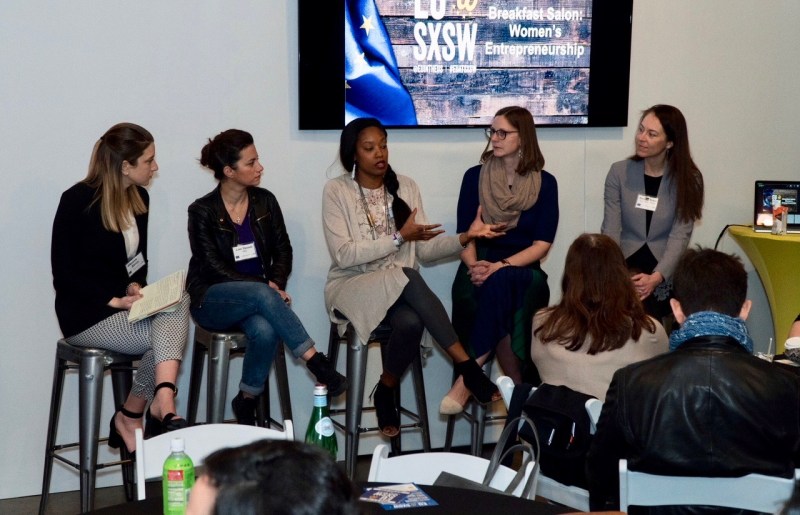 Making the data readily available to the startup and venture ecosystem is a key first step. But deliberately shining a spotlight on a diverse group of entrepreneurs is just as important.

Koch cites one of the Case Foundation’s recent initiatives, called “Faces of Founders,” as an example. Fast Company profiled a diverse group of founders, which, according to Koch, helped them connect with potential investors.

And this is where we as reporters have an important role to play. Funding more diverse startups is great, but writing and talking about their successes is just as important. Publications can easily get caught up in a trend or overhyped news cycle, so it is our job to set the tone and proactively look for more diverse founders. Having a more diverse editorial team is a first step.

These lists and profiles are also a good way to counter the pathetic argument that “There just aren’t enough qualified women out there to hire.” Sequoia Capital’s Michael Moritz had used that line when prompted by Bloomberg’s Emily Chang in 2015 about why the firm didn’t have a female partner. “We look very hard,” he told Chang during the interview.

“In fact, we just hired a young woman from Stanford who’s every bit as good as her peers, and if there are more like her, we’ll hire them. What we’re not prepared to do is to lower our standards. … If there are fabulously bright, driven women who are really interested in technology, very hungry to succeed, and can meet our performance standards, we’d hire them all day and night.”

The firm brought on its first female investing partner, Jess Lee, in late 2016.

And yes, distinguishing what type of partner a woman is at a VC firm is crucial. You will find that many of the VC firms in Silicon Valley flood their “About” or “Team” pages with female employees, sometimes even going as far as calling them partners. What you may not know, however, is that these women are usually marketing or operating partners. Only about 8 percent of the investing partners at the top 100 venture firms are women (think Kirsten Green and Aileen Lee).

The key takeaway here is that diversity is good, but it means nothing without inclusion — something Ellen Pao and others work for tirelessly.

Me too, me three, me four

But women aren’t always given a fair, equal opportunity when pitching in front of investors. Many argue that while men are asked “promotion-oriented” questions about the potential of their product, women are asked “prevention-oriented” questions about the risks involved. They basically spend more than half of their pitching slot justifying why they are there, when they should be pitching their potential. And then if their pitch does get through to investors — the vast majority of whom are men — they risk being preyed on, harassed, or blackmailed. Although the #MeToo movement has (literally) grabbed Hollywood by the balls, it isn’t picking up quite as quickly as it should be here in Silicon Valley.

During SXSW, I talked to several female founders and was surprised to hear that although the lack of funding and inappropriate behavior are still ongoing issues, very few women are comfortable talking about it in public or on the record. Their main fear? That their existing investors will back out and new ones won’t want to get involved. And yet, if no one speaks up, then the status quo will never change.

Fortunately, some startup founders are beginning to impose their conditions, telling investors to diversify or keep their money. Now, limited partners (LPs), who are the ones backing VC firms, need to follow suit — something Melinda Gates made very clear in a recent interview. 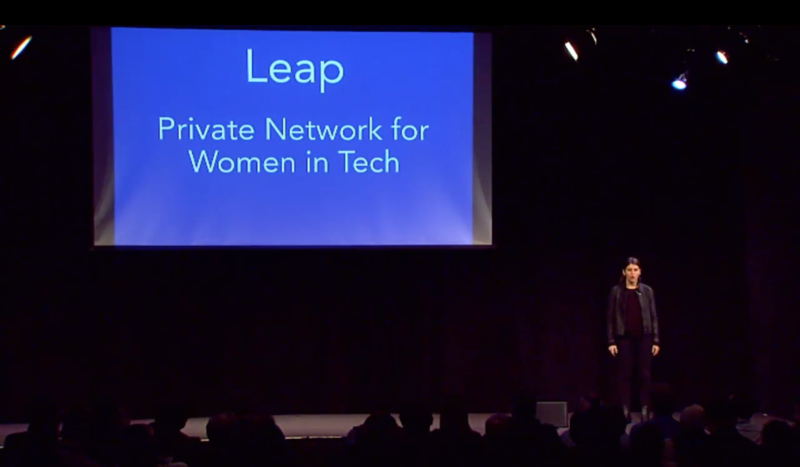 Other recently launched initiatives could pave the way to a safer, more open ecosystem for women. One such example is “Office Hours,” which offers female founders one-on-one time with female VCs to discuss their startup and funding options. Leap, which just pitched at Y Combinator’s demo days, is also encouraging women to speak more openly by providing an online platform for women in tech. Those who fear a backlash can choose to discuss issues anonymously.

Where does that leave us?

Overall, things are moving forward for women in tech, but they aren’t changing fast enough. Instead of looking for new sectors to disrupt, Silicon Valley should focus its energy on disrupting what it means to be a woman in tech.