The Brookings Institution published new research this morning on “cluster” initiatives — when cities decide to center their economic development strategies around one or two industries. I’ll dig into more of the findings in a separate post for VentureBeat, but I wanted to highlight some aspects I imagine readers of this newsletter will be interested in. First, the report identified five traits shared by successful cluster initiatives:

1. They’re focused on creating a whole ecosystem, not just quick job gains.
2. They’re driven by the private sector but collaborate with public institutions.
3. They have a long-term mindset and are unafraid to take risks.
4. There are clearly identifiable leaders within the initiative.
5. They have a physical center to serve as “visible proof” that business is booming.

While St. Louis’ initiatives in ag tech haven’t created new Fortune 500 or unicorn companies, there are signs that the effort is encouraging new startup formation — which can pay off economically, albeit not always in a flashy way. In 2014, nearly 10 percent of businesses in the St. Louis metro were less than a year old, compared to 7 percent in 2009.  Additionally, the ag-tech cluster has seen an increase of nearly 2,000 research jobs between 2000 and 2015 — which again, is something that might not be measured by traditional economic development studies. This underscores the importance of figuring out which metrics are right for capturing traction in your city.

More importantly, I’m curious to hear your thoughts on how effective (or not) a cluster initiative has been in your city. Do you feel like it’s given you a unique advantage or that it is difficult operating in an industry that doesn’t get as much attention? Do you think that your city’s economic development efforts are too dominated by large industries, or do you truly feel like they get at your city’s unique advantages?

Check out this video from WXYZ-TV Detroit, “May Mobility, Bedrock, welcome autonomous shuttles to Detroit” 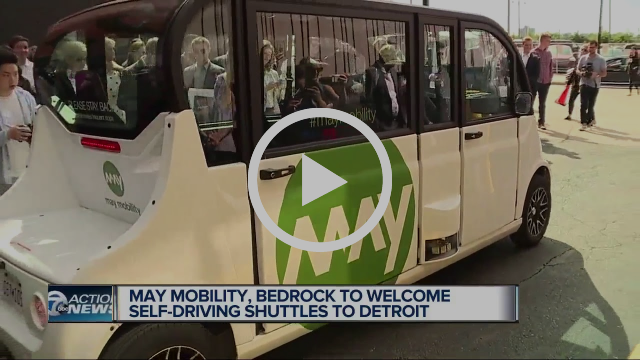 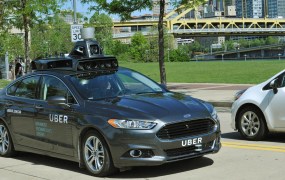 Above: An Uber self-driving car.

Uber redeploys autonomous cars in Pittsburgh, but under human control

Uber will deploy its self-driving cars in Pittsburgh, albeit with their autonomous systems disabled. 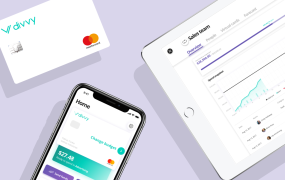 Utah’s Divvy gets $35 million for its free, real-time expense platform

Expense software startup Divvy today announced that it has raised a $35 million round led by New York-based private equity and venture capital firm Insight Venture Partners. That brings the total amount of funding raised for the Lehi, Utah-based startup to $57 million. The fresh injection of capital is notable given that Divvy launched its first […]

Big data’s future is in Ohio

GUEST: For over a decade, a common refrain in the corporate world was that data was exploding and companies needed the capacity to capture that data. As the challenges of data capture have been more or less mitigated, the next challenge has become how to get value out of that data. Between 2015 and the end […] 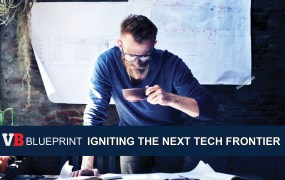 VB EVENT: We’re looking for someone with experience in event content programming and speaker recruitment to help us expand our new BLUEPRINT event series. The event series is part of our BLUEPRINT initiative announced last year, to foster greater economic opportunity and higher-paying job creation across the Heartland. In March, we held our inaugural BLUEPRINT event in Reno, […] 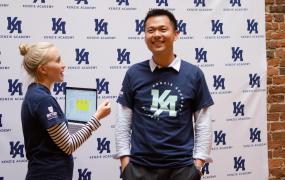 Facebook’s new artificial intelligence research lab in Pittsburgh will take over a space on Carnegie Mellon University’s campus that has been vacant since February, when The Walt Disney Co. vacated its research post there. The research focuses on robotics, with an emphasis on systems that learn continuously over years; teaching machines to reason; computer vision; and computer graphics. (via Pittsburgh Post-Gazette)

JPMorgan Chase and Fifth Third Bank want to boost minority entrepreneurs on Chicago’s South and West sides. The two companies announced Thursday that they would spend $5.5 million to launch the Chicago Entrepreneurs of Color Fund, which looks to give minority founders in Chicago access to capital, education and other resources to help grow their businesses. (via Crain’s Detroit)

Atlanta startup HelixAI, a voice-powered digital assistant for scientific labs, has joined the prestigious Techstars Alexa Accelerator sponsored by Amazon. The three-month, Seattle-based program, now in its second year, allows startups access to Amazon employees and resources, along with traditional Techstars benefits such as seed funding and mentorship. (via Hypepotamus)

Maryland Gov. Larry Hogan has called Amazon’s HQ2 “the greatest economic development opportunity in a generation.” Increasingly, though, Washington, D.C.-area residents don’t agree. Since D.C., along with nearby Montgomery County and Northern Virginia, made the list of finalists for the retail giant’s second headquarters, a bipartisan group of citizens is organizing to resist the deal, WAMU reports. (via Next City)