WhatsApp is finally rolling out group video and voice calls to its 1.5 billion users around the world. The news was first teased by parent company Facebook at its annual F8 developers conference in May, but now the feature is ready for prime time. 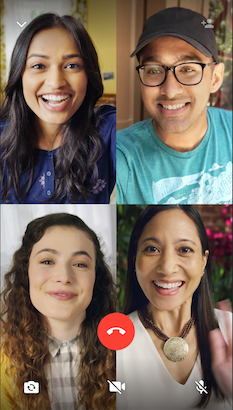 Facebook first introduced group audio calls to its own Messenger app back in April 2016, followed by group video calls later that year. Group video calling has surged in recent years across WhatsApp’s rival messaging apps, while WhatsApp itself only rolled out one-to-one video calling less than two years ago.

But while some of its rivals support up to 200 people in a single group call, WhatsApp is keeping things sensible by letting up to four people at any one time chat on a single call. And you can add new participants to a call while it’s already in progress, something that Facebook Messenger started enabling earlier this year.

Group calls will certainly be a welcomed by WhatsApp’s global users, and if nothing else the company will be glad to focus on its core product features rather than having to fight fake news.