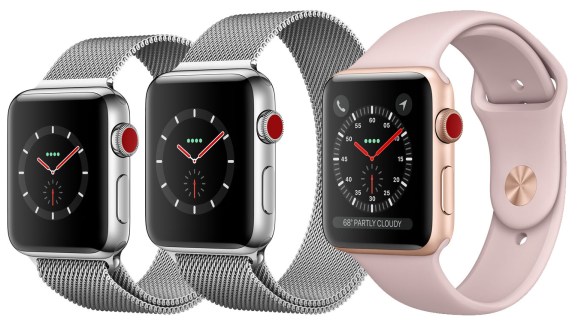 Three years ago, it was hard for Apple to convince customers to spend even $349 on the entry-level Apple Watch, say nothing of absurd $10,000 to $17,000 18K gold Edition models. But I expect that the story will be significantly different this year.

After the ignominious launch of what was later called “Series 0,” Apple Watch sales have continued to climb each year as Series 1, 2, and 3 models made major under-the-hood improvements to the original formula. But all of those models looked the same. This year’s Apple Watches are expected to be visually redesigned, and that fact alone will inspire existing Apple Watch customers to consider upgrading.

Moreover, I think we’re about to see an unexpected spike in sales of mid-range, stainless steel Apple Watches. The reason: Demand has been building for premium wearables, and many people are just waiting for the right device to jump in.

Apple’s decision to release the original Apple Watch in steel and gold variants was presumptuous: Back in 2015, people were dumping their watches, and it wasn’t clear why someone would need to wear the basic aluminum model. Then and now, Apple’s competitors focused largely on selling plastic wearables that didn’t look like jewelry, or have jewelry-like price tags.

But since then, Apple Watches have improved internally, people have acclimated to wearing them, and there’s a sense of their longevity. Buying an Apple Watch now means that you’ll get the benefits of CPU (Series 1), GPS/waterproofing (Series 2), and standalone use (Series 3) improvements Apple has made. In earlier days, buying an Apple Watch felt like a risk, but now, experienced wearable users are ready to invest more in something they know they’ll be wearing every day for several years.

I’m pretty confident that while first-time Apple Watch buyers will continue to be won over by low-priced aluminum models, many upgraders will look this year at stainless steel Watches that they wouldn’t consider before. That’s not to say that many steel Apple Watch purchasers will similarly step up and buy Edition models, but as ceramic Edition prices are more reasonable than the original gold Editions, that could happen as well.

It’s hard to know which models are selling, since Apple doesn’t divulge exact numbers for either the Watch or individual Watch models. But it has confirmed that sales have increased, and claims that the Apple Watch — all models, collected together — is the top-selling watch in the world. Independent trackers have suggested that the family is doing well internationally, and that the cellular Series 3 model has seen surprising success overseas.

The key question now is which materials the Series 4 will launch with this year. Reliable reports have made it all but certain that the 38mm and 42mm Series 4 Apple Watches will gain larger screens within roughly same-sized housings. Today, a Eurasian regulatory filing discovered by Consomac shows six likely Series 4 models, interestingly down from eight versions of the Series 3.

There’s some speculation that the six models will consist of three sets of 38mm and 42mm watches: 38mm/42mm Aluminum, 38mm/42mm Steel, and 38mm/42mm Steel with Cellular, with no ceramic Edition version. But since we’re talking about Apple, it’s entirely possible that there won’t be an aluminum Series 4. If you want the bigger screen and/or cellular, you’ll need to step up to steel or whatever this year’s Edition is made from.

Just in case you’re thinking that Apple mightn’t do that because people love the gold-colored aluminum Apple Watches and there’s no golden steel model: Apple’s been working on a golden sequel to the steel-framed iPhone X. So a matching Apple Watch could easily appear this year alongside it.

In other words, I’m betting that trillion-dollar Apple is about to have another golden holiday season, fueled at least as much by its customers’ aesthetic considerations as technological improvements. Apple already had higher retail store sales per square foot than Tiffany back when it launched the first Apple Watch, but it quickly learned that it had to earn the right to sell jewelry-caliber versions of its products. Now that it’s spent three years making the Watch internally worth buying, this is likely the time when it will test whether holiday shoppers are willing to step up to fancier externals to get the new features they want inside.