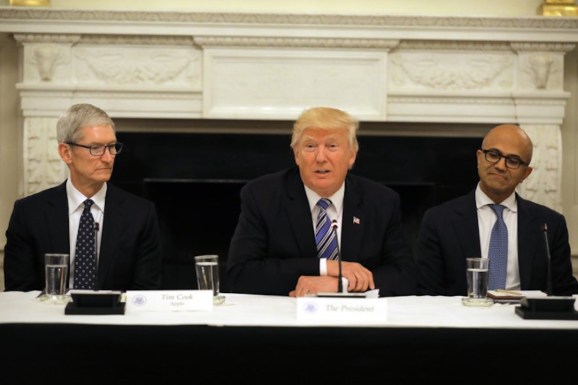 Normally, Apple’s prediction of a record holiday quarter — with revenues between $89 billion and $93 billion — would be more than enough to thrill investors, as the company historically hits or exceeds the high end of its sunny estimates. But new reports of further iPhone order cuts and additional U.S. tariffs on Chinese-made products are casting a dark shadow over the company, which spent the fall raising prices across most of its major product lines and now appears to have set itself up for a rocky December.

Apple’s stock has been in free fall since the company’s quarterly conference call with analysts, capping a roughly 20 percent drop from its record-breaking $1 trillion market capitalization by falling below the valuation of long-time rival Microsoft — an ignominious development. But Apple isn’t the only company feeling the pain. Today, a report from DigiTimes claims that Apple has ordered “a second wave of order reduction in the wake of weaker-than-expected sales for its new iPhones,” forcing revenue shortfalls and layoffs at its suppliers as component makers and assemblers adjust to “greater-than-expected” reductions of orders.

While there are often questions about the accuracy of DigiTimes reports on Apple, the latest report suggests competitors are poised to make use of some suppliers’ underutilized production capacity. In particular, 7-nanometer chip manufacturer TSMC is said to have a line of customers ready to utilize its novel production capabilities — a list that notably includes growing smartphone giant Huawei and chipmaker Qualcomm. Meanwhile, AMD, Nvidia, Broadcom, and others are expected to utilize 7nm chip production space that might otherwise have been Apple’s.

Tariffs are another major concern. Up until now, Apple hasn’t been heavily impacted by an ongoing trade war between the U.S. and China, but that appears set to change in the near future. After using an interview to float a 10 percent tariff on Chinese-assembled iPhones and laptops, U.S. president Donald Trump signaled that he was ready to quickly impose the new import tax — and allow a previously contemplated overall tariff increase from 10 to 25 percent to take place in early 2019. Trump has claimed that U.S. consumers will “very easily” deal with a 10 percent increase, a position designed to pressure Chinese president Xi Jinping to make trade concessions.

Due to Apple’s increasing financial opacity, it’s difficult to know whether its recent Apple Watch, iPad, iPhone, and Mac price increases were designed to offset potential U.S. tariffs against China or just to skim early adopters. Regardless, the price hikes were global and appear to be having negative impacts on sales of at least some new products in certain regions. Reports of weak demand and manufacturing cuts have circulated all month, and Apple unexpectedly increased iPhone XR subsidies to Japanese carriers by around $100 this week in an apparent effort to boost sales of its most heavily advertised new device.

At this point, it’s unclear whether Apple will continue with its previously announced strategy or correct course to change the gloomy narrative. In 2007, Apple famously slashed the original iPhone’s price to spur sales, then adopted carrier subsidy pricing to attract more customers. But since then, the company has generally weathered annual claims of demand issues without making conspicuous changes to device pricing — a choice that eventually led iPad, Mac, and now iPhone unit sales to plateau.

Apple may be using higher pricing to thin the herds of customers at its retail stores, which were originally designed as boutiques. Rather than following its past annual strategy of offering new and improved products at last year’s prices, Apple this year offered its latest Series 4 Watches, iPad Pros, iPhones, and “entry-level” Macs at premiums, in some cases keeping aging models around at their prior prices. The company then announced that it would no longer disclose unit sales for its products, leading investors to conclude that it expected those numbers to fall.

Losing $200 million in market capitalization after that announcement might have shifted the perspectives of even the most stubborn Apple executives. We’ll have to see whether the company adjusts its strategy or whether we’re at the start of an era in which Microsoft once again leads the technology industry in mindshare.