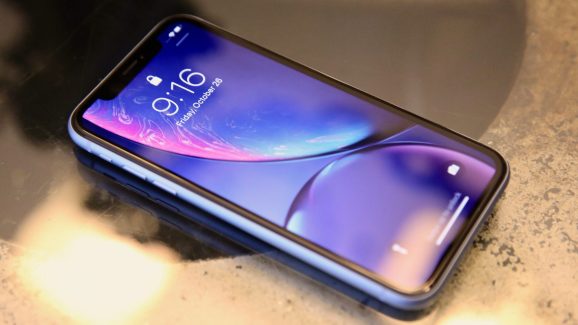 As contrasted with Q1 2018’s record $88.3 billion in revenues, today’s result constitutes Apple’s first year-over-year holiday sales decline since 2001 — the year the company introduced the original iPod. Thanks to growing sales of iPods, then iPhones, iPads, and related services, Apple continued to achieve record quarterly and annual results on an almost interrupted basis until last year. Strong global demand for iPhones hadn’t yet peaked, though its Mac, iPod, and iPad unit sales had each previously plateaued.

In November, the company said it expected record holiday revenues in the $89 billion to $93 billion range, but at the beginning of January, it cut the forecast to $84 billion. In a letter to investors, Apple cited weakening sales in China, an issue subsequently noted by other smartphone makers, as well as fewer iPhone upgrades than expected, which it attributed in part to a discounted iPhone battery replacement program rather than its latest iterative releases or rising prices. Despite reports of manufacturing slowdowns, it maintained that the iPhone XR was its top-selling iPhone model.

Looking at revenues rather than unit sales, which Apple is no longer reporting, fiscal Q1 2019’s numbers were generally up over the year-ago quarter. Apart from iPhones, which dropped from $61.104 billion in Q1 2018 to $51.982 billion in Q1 2019, revenues from Macs, iPads, services, wearables, home, and accessories were all up at least modestly, with services and wearables posting particularly strong gains.

Apple noted that its revenues from everything apart from the iPhone grew by 19 percent, while iPhone revenue was down by 15 percent. The quarter’s strongest growth was from the combined wearables, home, and accessories category, which jumped 33 percent year-over-year, followed by a 19 percent increase in services and a 17 percent growth in iPad revenues.

As for prior-quarter comparisons, Apple always experiences surges during the holiday quarter, which this year saw the release of the iPhone XR, third-generation iPad Pro, Retina MacBook Air, and an upgraded Mac Mini, as well as benefiting from gifting of recently debuted iPhone XS and Series 4 Apple Watches. Apple’s revenues were goosed by price increases on almost every new product introduced for the holidays.

“While it was disappointing to miss our revenue guidance, we manage Apple for the long term,” said Apple CEO Tim Cook, “and this quarter’s results demonstrate that the underlying strength of our business runs deep and wide. Our active installed base of devices reached an all-time high of 1.4 billion in the first quarter, growing in each of our geographic segments. That’s a great testament to the satisfaction and loyalty of our customers, and it’s driving our Services business to new records thanks to our large and fast-growing ecosystem.”

Apart from disappointing sales, the last quarter capped off a roller-coaster year for Apple’s stock. Despite well-publicized issues over software slowdowns of aging iOS devices, the company in August became the first to achieve a $1 trillion market capitalization, only to lose that valuation in November. The company’s market cap fell by roughly a quarter after it said it would no longer disclose unit sales for its devices, which observers interpreted as a sign that iPhone sales had peaked. It was further rocked by January’s downward forecast revision.

Prior to today’s earnings release, the company’s market cap sat at approximately $740 billion, 33 percent below its peak level of $1.11 billion. It now sits below Microsoft, which has a $789 billion market cap, and Amazon, with a $783 billion market cap.

Apple’s board of directors declared a cash dividend of $0.73 per share of common stock, payable February 14 to shareholders of record as of the close of business on February 11.

For fiscal Q2 2019, Apple is offering a revenue guidance range between $55 billion and $59 billion, with gross margin between 37 and 38 percent, a notable dip from its normal 38 to 38.5 percent range. That compares with Q2 2018’s revenues of $61.2 billion, making it Apple’s first forecast of a year-over-year second quarter decline in recent memory, and the company’s first weakened prediction for the entire first fiscal half of a year.

Apple will further detail the results shortly in an earnings call with analysts and media. We will cover the call live.