Samsung today unveiled the Galaxy Buds, wireless earbuds that speak with intelligent assistant Bixby and can wirelessly charge on the back of the new flagship S10 smartphone. The earbuds made their debut today together with S10, S10+ and S10e phones, the Galaxy Fold smartphone that opens like a tablet, and other new devices at Unpacked, an event held at the Bill Graham Civic Auditorium in San Francisco.

Galaxy Buds will come in black, white, or yellow; cost $129; and be available for purchase March 8.

Bixby with Galaxy Buds means you can turn ambient sound settings on or off, or use voice commands for things like checking your schedule, playing music, and other tasks hands-free with your voice alone. Starting today, Bixby can speak German, Spanish, and Italian, an expansion for the intelligent assistant’s language capabilities first announced at the Samsung Developer Conference last fall. 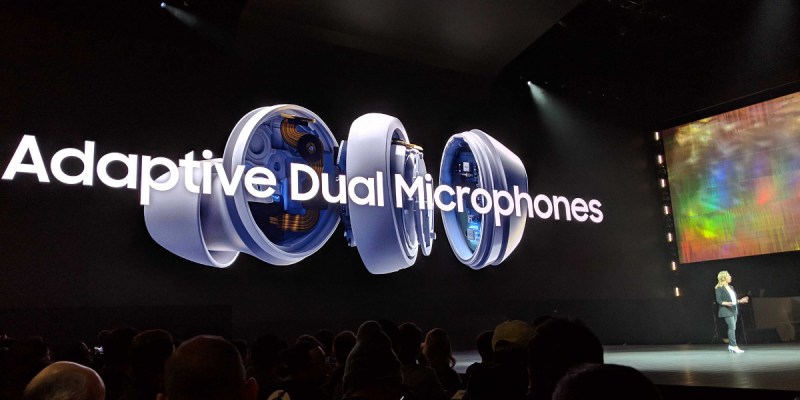 Galaxy Buds offer 6 hours of battery life and have adaptive microphones to capture the sound of your voice with external mics when it’s quiet outside and internal mics for when it’s loud outside.

The Galaxy Buds are 30 percent smaller than Samsung’s IconX earbuds, released in 2016.

As smart speaker penetration and assistant access on smartphones continue to grow, major tech companies have taken steps to place their conversational AI platforms in more earbuds and headphones.

Beyond the poorly received Pixel Buds, Google Assistant has been integrated into high-end headphones from Bose, Sony, and other brands, while Amazon opened its mobile accessory kit to all device makers to make it easier to integrate Alexa into headphones last fall.

Apple is reportedly planning to release second-generation AirPods with hands-free Siri access and health data collection abilities in the first half of 2019.