HMD Global, the so-called “home of Nokia phones,” officially launched its brand new flagship phone at MWC today, one that could get photography buffs a little excited.

Presenting to a packed auditorium in Barcelona, HMD Global unveiled a slew of new devices: the $35 Nokia 210 feature phone; the $99 entry-level Nokia 4 Plus smartphone; and a duo of mid-range devices — the Nokia 3.2 and Nokia 4.2 — that sport built-in Google Assistant buttons. But in truth, there was only one device that people were truly excited to see, and that is the Nokia 9 PureView.

While we pretty much knew that the Nokia 9 PureView was coming due to an abundance of leaks and official teases stretching back months, we now know exactly what HMD Global has been cooking up, and how much you can expect to pay for it.

Using the phone’s orientation in the below photo, the sensor in the middle and the one directly beneath it are color, while the monochrome lenses form a triangle of sorts around the central lens — one above it and two on either side. The other two circles are the flash (left) and the time-of-flight sensor, which is used to measure the distance between the phone and an object to create a sense of depth. 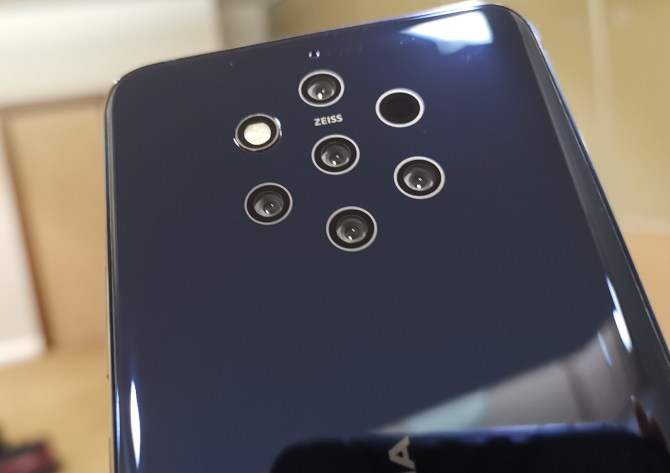 It’s worth noting here that all five cameras work as a system — when you snap a photo, they fire simultaneously and “layer up” to create a more detailed and clear image.

While a monochrome lens means that the phone can shoot natively in black-and-white (no software required), there are additional benefits to having three of such sensors. Monochrome cameras capture only black-and-white, thus they have no filter. This means they can capture more light than a color sensor can — roughly three times more. The upshot? Better photos, particularly in low-light situations.

There are already some phones with 4 cameras — such as the Samsung Galaxy A9, and the just-announced Samsung Galaxy S10 5G, but 5 lenses is something of a novelty. For the Nokia 9 PureView, HMD Global worked with algorithmic imaging company Light, which has raised bucketloads of investors’ cash to bring DSLR-quality imagery to smartphones. It’s worth noting here that among Light’s list of illustrious investors is Foxconn unit FIH Mobile, which just happens to be HMD Global’s investor and manufacturing partner.

On a related note, the Nokia 9 PureView is likely to kick-start something of a trend, as we know that Light is already working with other smartphone companies, including Sony. Light itself has previously launched a camera to showcase its technology — costing around $2,000, the L16 sported 16 x 13-megapixel camera modules. Does this suggest that we’ll start seeing smartphones with a dozen or more lenses? Quite possibly — an LG patent suggests that it’s working on a device with 16 lenses. 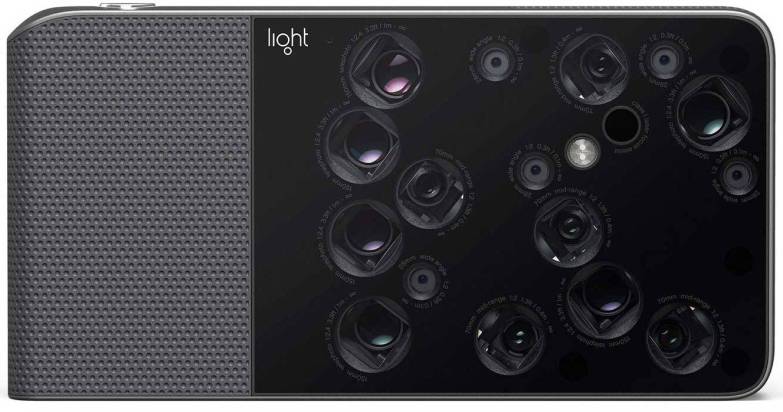 The Nokia brand has been attached to a number of notable camera-related milestones through the years. It was among the first brands to to include a megapixel camera in its phones, while it was the first to usher in premium Zeiss optics into its devices back in 2005. And, of course, Nokia eventually became renowned for PureView, which first came to light in the Nokia 808 PureView smartphone in 2012. PureView became synonymous with excellence in smartphone cameras — the Nokia 808 PureView had a stonking 41-megapixel shooter, which actually remained the highest resolution in any mainstream smartphone until Huawei unveiled the 48-megapixel Honor View 20 smartphone last month.

Through the years, PureView has graced a dozen or so Nokia and Microsoft devices, but the Nokia 9 PureView is the first device to have PureView in its name since the Original Nokia 808 PureView was unveiled at MWC seven years ago.

It’s also worth looking at the role nostalgia has played in the Nokia brand’s resurgence. In 2017, the Finnish firm resurrected the classic Nokia 3310 but with a modern twist, not to mention the Nokia 8110, affectionately known as the Banana Phone. And at MWC today, Nokia — via its HMD Global overlord — gave the kiss of life to PureView, after reacquiring the trademark from Microsoft last year. 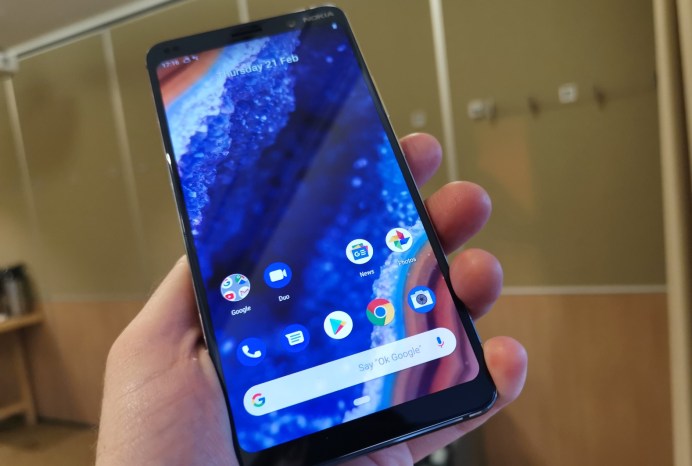 While the camera(s) is just about the most important thing on a phone these days (alongside Instagram), let’s look at what else the Nokia 9 PureView has to offer.

The device sports a 6000 series aluminum chassis, with dual-tone anodization on the metal, and Gorilla Glass 5 on the front and back. It ships with 6GB of RAM and 128GB of built-in storage, and 5.99″ 18:9 display, and packs a 3,320mAh battery, wireless charging, in-screen fingerprint reader, and a biometric face-unlock system.

In terms of processor, the Nokia 9 PureView doesn’t have the latest Snapdragon 855; instead it has the 845 predecessor. The main reason for that is the collaboration efforts involved in making the phone in conjunction with Light and Qualcomm.

“It’s really the co-development that’s gone into it — in order to get this ready [the Nokia 9 PureView] we had to start early on, so at that time, when the R&D started, the 855 wasn’t available,” HMD Global CEO Florian Seiche told VentureBeat. “We had to choose — do we delay the whole phone program by porting it over, or do we keep it on the 845?”

Elsewhere on the device, some people will be disappointed to know that there is no headphone jack — but a USB-C dongle is included. And thankfully, the company has elected to keep a large bezel at the top rather than using a hideous notch or slightly more aesthetically pleasing pinhole cutout.

Additionally, HMD Global is continuing its Android One adoption, which means the Nokia 9 PureView is about as pure a view as you’ll get on Android these days, with no bloatware or crapware included.

As for cost, HMD Global confirmed a “global average price” of $699, which is nearly its most expensive device to date, with the exception of last year’s Nokia 8 Sirocco, which cost the equivalent of around $940, though it never made it to the U.S.

HMD Global hasn’t yet confirmed its exact market launch plans this time around, except to say that it will be made available to buy imminently. But given that the company recently inked its first carrier partnerships in the U.S. — with Verizon and Cricket Wireless — it’s a safe assumption that the Nokia 9 PureView will be landing in the U.S. soon.