A growing amount of investment has been flowing from Asia into technology companies in North America and Europe.

Chinese tech titans such as Tencent, Alibaba, and Baidu have spread their wings globally through investments, product launches, and engineering hubs designed to attract local talent. Over in Japan, SoftBank’s gargantuan $100 billion Vision Fund has invested in U.S. power players such as Uber, Nvidia, WeWork, Slack, and DoorDash, not to mention European contenders such as Arm Holdings and — as of this month — U.K.-based fintech startup OakNorth Holdings.

It’s against this backdrop that a new €100 million ($113 million) fund officially launched this week with a focus on startups specifically in the Nordic and Baltic regions. Dubbed NordicNinja VC, the fund is backed by Japanese giants Honda, Panasonic, Omron, and the Japan Bank for International Cooperation (JBIC) and is focused on “deep tech” companies across artificial intelligence (AI), virtual reality (VR), autonomous mobility, and the internet of things (IoT).

NordicNinja VC is actually the brand name for what is legally known by the slightly less punchy moniker JB Nordic Fund I. It is advised by Nordic Ventures — a VC firm set up in late 2018 by Baltic private equity firm BaltCap and Japan’s JBIC IG Partners. The new fund aims to help startups across Northern Europe scale their businesses in Japan and elsewhere across Asia.

So why would a bunch of Japanese conglomerates be so laser-focused on Northern Europe? According to Nordic Ventures managing partner Shinichi Nikkuni, it’s because of a number of technology “clusters” that are permeating the Nordic and Baltic states but are not yet well-known in Asia.

“The universities play a role in forming those clusters — for example, KTH in Stockholm, with health tech-related innovations; Odense in Denmark, which has a very strong robotics cluster; and Helsinki and Espoo in Finland, with strong mobility-related innovation,” Nikkuni told VentureBeat. 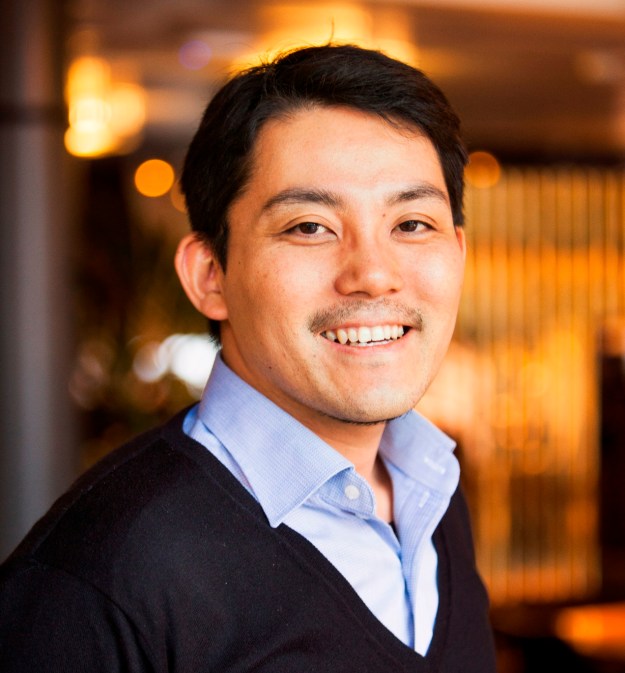 “[Varjo] has already gained international interest and would be an interesting solution for Japanese industrial corporates,” Nikkuni added.

Other notable players include Starship Technologies, a robotics startup that is setting out to automate last-mile deliveries, from urban food delivery to on-campus logistics. Though Starship is now based in Silicon Valley, it was created out of Estonia by the founders of another well-known Baltic company — Skype.

“We hope to be on the frontline of investment when companies like these emerge,” Nikkuni added.

Though it has yet to make any investments, NordicNinja VC is ring-fencing between $2 million and $5 million per investment to build bridges between Northern Europe and Asia. The investments come with local insight and expertise from corporate partners that can help these companies scale up in the lucrative Asian market.

The tale of major technology and financial institutions wanting to get in on early-stage startups is a familiar one. The bigger you are, the harder it is to innovate. Moreover, many Japanese companies already have easier access to Silicon Valley, given that they have a local presence on the ground there — either through their North American headquarters or other local offices. Now they’re looking to create a presence in an entirely new region.

“As we see Japanese large corporations closely day to day, they still lag behind in terms of open innovations, despite their good in-house technologies; they cannot go into the market quickly, and startups are better at doing so,” Nikkuni continued. “Then, if you compare countries across the world in terms of innovation indexes or entrepreneurial activities, this region definitely comes in the top tier, right next to Silicon Valley.”

NordicNinja isn’t the first deep tech fund aimed at Europe — last year, Berlin-based Earlybird closed a new $204 million fund targeting transformative startups across the whole of Europe, from the Nordics down to the Mediterranean in the south. And Cambridge, U.K.-based IQ Capital launched a new $165 million fund for early-stage deep tech startups in the U.K.

While competition for deep tech innovation in Europe is mounting, NordicNinja VC hopes to set itself apart by focusing specifically on the Nordic and Baltic states. The main NordicNinja VC hub is based in Finland’s capital, set up by a team hailing from the Nordics and Japan. In fact, the Japanese members of the team — including Nikkuni — upped sticks and moved with their families to live in Helsinki.

“To really understand what is actually going on in this region, we must live and breathe it every day,” Nikkuni added.