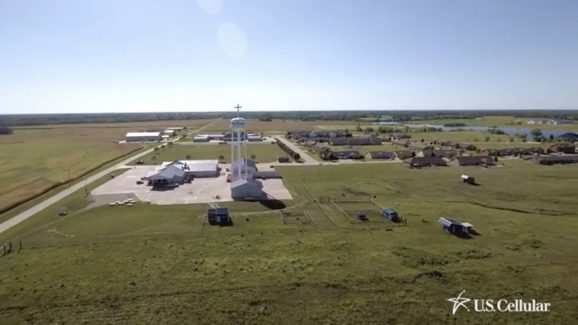 U.S. Cellular, the fifth-largest wireless carrier in the United States, plans to launch 5G services in key markets this year and says it will leverage underappreciated 5G technologies in an effort to improve service for rural customers. The carrier will focus on relatively low-frequency radio spectra that larger rivals Verizon and AT&T have downplayed in their 5G launches.

According to a report from Mobile World Live, U.S. Cellular CTO Mike Irizarry is hoping to use elements of the 5G standard that “other carriers might not be aware of or not think [are] important,” hinting that those elements were related to the needs of the company’s rural customer base. Notably, the carrier expects to use 600MHz, 800MHz, AWS (1700/2100MHz), and PCS (1900MHz) bands to provide 5G service, and it is currently bidding to acquire 24GHz millimeter wave spectrum, as well.

While the report suggests that U.S. Cellular plans a “unique” approach to implementing 5G, it isn’t the first or only carrier to contemplate using these last-generation, relatively low radio frequencies for a next-generation network. T-Mobile bucked trends last year by saying that it would deliver nationwide 5G in the U.S. using far-traveling 600MHz signals, while Sprint announced that it would use lower-midrange 2.5GHz spectrum for its 5G service. By comparison, Verizon’s and AT&T’s 5G launches both focused on faster, shorter-range millimeter wave technology, targeting medium to large cities, rather than rural areas.

While U.S. Cellular is significantly smaller than Sprint, its closest rival, it will become the fourth-largest American carrier by default if the FCC approves Sprint’s acquisition by third place carrier T-Mobile. That said, the customer base gap between carriers would only grow with the merger, as U.S. Cellular’s 5 million customers will be dwarfed by the New T-Mobile’s estimated 126 million user base.

T-Mobile and Sprint have pitched their merger to the FCC as a major positive for rural customers, saying that they will expand both 5G and home broadband availability to historically underserved areas. Their scale may well enable them to chase geographies that U.S. Cellular can’t go after, though the smaller carrier currently operates in 23 states, ranging from the West Coast to the midwestern and southern United States.

U.S. Cellular plans to begin 5G service by the end of 2019 in currently undisclosed key markets. While its 5G network hardware installations are already underway, it is awaiting 5G handsets before it actually announces launches in those markets. As T-Mobile noted earlier this year, actually sourcing phones compatible with lower-frequency 5G spectra may prove difficult.