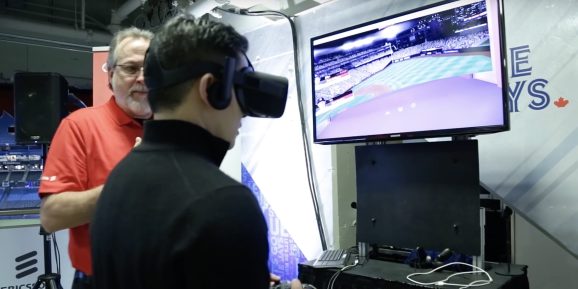 Stop us if you’ve heard this before: Rather than peppering a handful of cities with short-distance, super-fast millimeter wave 5G hardware, a major cellular carrier will blanket a large country with long-distance, slower 600MHz towers to establish nationwide coverage. Third-place U.S. carrier T-Mobile pioneered that approach last year, and now top Canadian wireless carrier Rogers says it will use the same strategy for its 5G network.

Though T-Mobile likely doesn’t care about external validation for its 5G strategy, which ran completely counter to Verizon’s and AT&T’s initial focus on millimeter wave hardware, there’s no question that Rogers saw wisdom in mimicking it for the vast Canadian landscape. Rogers spent $1.7 billion for 20-year licenses to 600MHz spectrum blanketing Ontario, Northern Quebec, Atlantic Canada, Manitoba, and all three territories, which it expects will enable its 5G network to achieve everything from urban building penetration to powering agricultural, mining, industrial, and transportation projects.

The Rogers plan is also interesting for other reasons. Last year, smaller rival carriers such as Telus began testing faster 5G millimeter wave hardware in partnership with Huawei, but the U.S. repeatedly urged Canada not to let Huawei’s gear into 5G networks. In partnership with Huawei’s rival Ericsson, regional governments announced a narrow, business- and research-only “5G corridor” within Quebec and Ontario, while the national government appeared in be in a wait-and-see mode.

Rogers is uniquely positioned to deliver nationwide 5G service. The carrier calls itself “Canada’s only national network operator,” though there are other carriers providing service across multiple parts of the country, including Bell Canada and Telus, alongside more narrowly focused carriers Freedom, SaskTel, and Vidéotron. Bell said that it intentionally sat out the 600MHz auction as it planned to use plenty of other spectrum for 5G, while Freedom, Telus, and Vidéotron each bought between 10 and 12 600MHz licenses, compared with Rogers’ 52.

One problem could be the comparative lack of 600MHz-ready 5G smartphones. While the Rogers and T-Mobile strategy may well be the best way to quickly cover a country with 5G signals, device makers have been all but exclusively focused on making 5G phones and hotspots with millimeter wave and 3.5GHz spectrum support. Most early 5G devices will use Qualcomm’s millimeter wave- and 3.5GHz-ready modems, but T-Mobile is working with Intel on 600MHz parts — perhaps non-exclusively.

Just like T-Mobile, Rogers isn’t relying exclusively upon 600MHz: it says that it will also use yet-to-be-allocated 3.5GHz and millimeter wave spectrum to benefit Canadian customers. By contrast, T-Mobile plans to rely on Sprint’s already-purchased 2.5GHz spectrum and unspecified millimeter wave holdings in the U.S., each potentially offering higher 5G speeds and lower latency than the 600MHz spectrum, albeit in smaller areas.

Rogers hasn’t yet issued a timetable for the rollout of its national 5G service, but the buildout appears to be underway. The carrier says it’s working with Ericsson to upgrade 4G infrastructure to “5G ready technology,” and already completed a 5G data trial in Toronto last month. It’s also building a “real-world 5G hub” with the University of British Columbia to serve as a testbed for national 5G innovations.