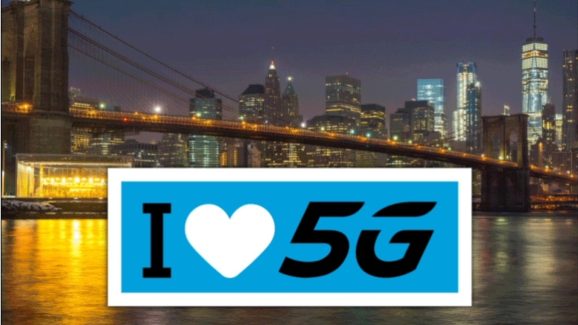 AT&T’s millimeter wave-focused 5G network has been somewhat mysterious since it launched in late December 2018, but the top U.S. carrier has continued to expand its coverage since then. Today, AT&T is adding New York City to its list of 5G cities, albeit with the typical caveats: The network’s footprint is limited for now and accessible only to business customers. But the carrier has committed to making it better.

Initially, AT&T’s NYC 5G coverage is limited to parts of the East Village, Gramercy Park, and Greenwich Village, which is to say that it’s not exactly comprehensive. There’s also a plan to open a 20,000-square foot WarnerMedia Innovation Lab in Chelsea, but that’s not happening until early 2020. The carrier says it’s “committed to working closely with the city to extend coverage to more neighborhoods throughout the five boroughs.”

AT&T isn’t the first carrier to bring 5G to NYC. T-Mobile launched coverage there in late June, with a non-trivial degree of street-level coverage across the city, and both Sprint and Verizon have indicated that they’ll soon follow suit. The difference is that the other three carriers are offering 5G to regular consumers, while AT&T’s network is presently only for businesses, and available using the Galaxy S10 5G.

Along with the NYC announcement, AT&T noted that it will “introduce 5G broadly over sub-6GHz in the coming months” and still “plans to offer nationwide 5G in the first half of 2020.” The former detail suggests we’re not far off from a consumer launch of AT&T 5G, which is expected to rely on the broad-reaching 700MHz radios that were installed in towers with FirstNet, a cellular network for emergency first responders. As the carrier notes, customers will “benefit from the ultra-fast speeds of 5G millimeter wave, as well as the broader coverage ranges of 5G sub-6,” which it is differentiating as “5G+” and “5G.”

The addition of NYC to the list brings AT&T’s 5G city tally to 21, as Las Vegas joined its previously 19-city network in late June. Actual coverage maps and data speed rates for the cities are not yet available, but AT&T said devices have reached up to 2Gbps peaks on the 5G+ network.