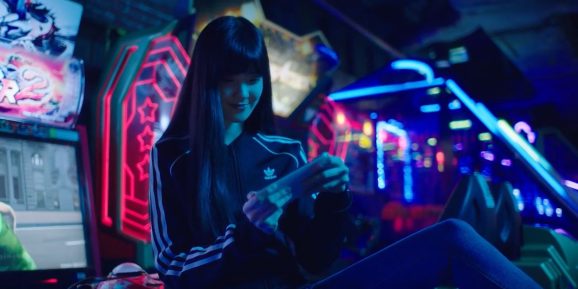 A collaboration between Sprint and Hatch will bring 100 streaming games to the carrier's 5G handsets.

Though Sprint’s 5G network has been slated to merge with T-Mobile’s since before either company actually commenced 5G service, delays in merger approval have forced each carrier to separately launch new network assets. Today, Sprint announced that it’s launching 5G in several major cities — Los Angeles, New York City, Phoenix, and Washington, D.C. — the first two of which have already seen T-Mobile 5G rollouts, while the latter two haven’t.

For Sprint, the expansion of 5G to Los Angeles and New York means overlapping its 2.5GHz mid-band coverage atop T-Mobile’s existing millimeter wave 5G resources but not, for now, offering customers access to both networks. Consequently, Sprint is promising average 5G speeds of 203.8 Mbps, six times faster than Sprint LTE, albeit with 4G-caliber uploads in the 1-5Mbps range. Independent testing by Ookla confirmed those numbers, but showed Sprint’s peak speeds to be much higher — 600 to 725Mbps, depending on the city.

Sprint says that its network now covers approximately 2,100 square miles and will be available to around 11 million people “in the coming weeks,” more than any other U.S. carrier. Its New York City coverage will spread across “parts of Manhattan from Central Park to the southern tip,” as well as Hudson County, New Jersey, ingress and egress areas for LaGuardia and JFK airports, and parts of Queens, Brooklyn, and the Bronx.

The carrier’s initial Los Angeles coverage includes areas from “Marina del Rey to Downtown L.A., and West Hollywood to Culver City,” including Rodeo Drive, Dodger Stadium, and the campuses of UCLA and USC. Surprisingly, it also includes parts of Orange County, Pasadena, and Cerritos outside of Los Angeles, with 1.2 million total people covered across the region.

While T-Mobile’s New York map covers numerous individual streets across Manhattan and Brooklyn, it doesn’t extend to neighboring Queens or New Jersey. Similarly, T-Mobile covers parts of some Los Angeles streets from West 1st to 16th Streets, but doesn’t extend west to Koreatown and has little coverage on the east sides of the same streets, stopping right around Little Tokyo.

Sprint isn’t the first 5G provider to offer service in either Phoenix or Washington, D.C. — Verizon beat it to both cities — but the carriers’ coverage maps aren’t quite the same. Verizon’s millimeter wave-based 5G is only in five narrow areas within Phoenix, plus Arizona State University’s campus in Tempe, compared with a robust collection of 20 major areas in Washington. Sprint is promising to cover 740,000 people in “parts of Phoenix, Tempe, Scottsdale and Glendale,” with D.C. coverage of 520,000 people across a huge number of Washington neighborhoods and tourist areas. Additionally, Sprint’s coverage extends outside the District and into Maryland’s Bethesda, Chevy Chase, NIH/Walter Reed, and Cabin John areas, as well as D.C.-adjacent parts of Northern Virginia.

The addition of these locations to Sprint’s list brings the carrier’s 5G total to nine cities, as the carrier launched 5G in Atlanta, Chicago, the Dallas-Fort Worth area, Houston, and Kansas City three months ago. Expansions in those four cities have continued as well, with Kansas City growing on “both sides of the state line” and new parts of the Dallas-Fort Worth area getting coverage.

Sprint-specific versions of the Samsung Galaxy S10 5G, LG V50 ThinQ, and HTC 5G Hub are currently available for purchase, while the OnePlus 7 Pro 5G is rolling out over the next week for an aggressive price of $840, and a customized Samsung Galaxy Note10+ 5G will be available later this year. It’s unclear whether that or any of the other Sprint devices will be able to take full advantage of the T-Mobile millimeter wave 5G network after the carriers merge.

Beyond the city additions, Sprint is promoting 5G’s versatility as a backbone for online gaming, offering Android users a free 90-day trial of an instant 5G game streaming service co-developed with Hatch. The carrier says that the Hatch Premium service will include instant access to over 100 mobile games without the need for downloads or app updates, priced at $8 monthly per line. Arkanoid Rising, a sequel to Taito’s classic brick-smashing franchise, is Hatch’s first platform exclusive, while Monument Valley, Angry Birds GO!, and Crashlands are available on a nonexclusive basis.