Google Assistant with a visual interface is coming to touchscreen devices from JBL, Lenovo, LG, and Sony. The devices will bring visual elements like cards and carousels into the Google Assistant experience and let users make video phone calls with Google Duo and watch YouTube videos, a feature Google removed from Amazon devices like the Echo Show multiple times last year.

Also announced today: Google Assistant will become the voice assistant in Android Auto and will be made available for integration into additional wireless headphones (after initially being limited to Google Pixel Buds and QuietComfort 35II from Bose).

New smart speakers with Google Assistant are also on the way from brands like Bang & Olufsen, Braven, JBL, and Knit Audio.

The series of announcement was made today in conjunction with the Consumer Electronics Show, which takes place this week in Las Vegas.

Like Google Assistant on an Android smartphone, the devices Google calls “smart displays” will also include suggested responses from Google Assistant. So after answering a question like “What’s the capital of Zaire?” little text bubbles will appear on the device to suggest follow-up information about the nation’s economy, culture, current weather, history, or neighboring countries.

The new class of devices will also allow you to use Google Photos to display pictures from your library when you say, for example, “Show me photos taken at the Grand Canyon last year.” 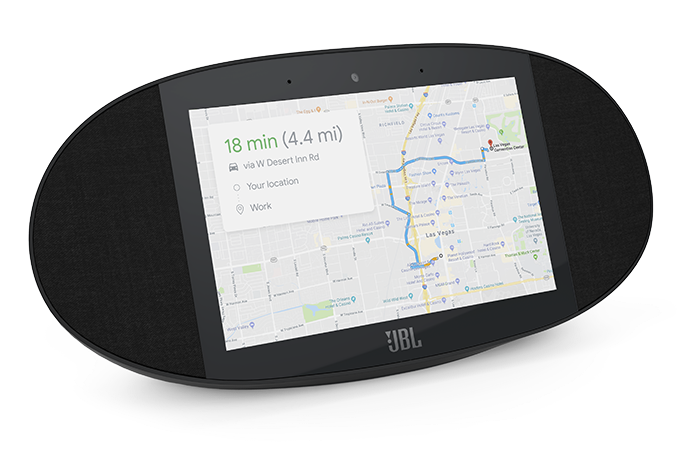 One of the first use cases being tackled by the new group of devices is the ability to give visual instructions to people cooking a meal. Today, Google Home speakers can deliver step-by-step cooking instructions, but repeatedly asking for the next ingredient or step on any smart speaker without a screen is pretty cumbersome compared to being able to see a list of all the ingredients you need in a single visual card.

Noticeably missing from news announced today was any mention of whether a Made by Google device with a visual display will be released in the coming year to compete with Amazon’s Echo Show or Echo Spot.

Cards and carousels of the kind being brought to the new devices were first displayed at the I/O conference last May. Some have been used by third-party voice app developers and appear similar to those seen when interacting with Google Assistant voice apps on Android smartphones. Developers will be allowed to add videos to their voice apps later this year, a Google spokesperson told VentureBeat.

With new offerings featuring a visual interface, Google Assistant users and developers may see more examples of multi-surface switching, so queries that begin on a Home speaker or device without a screen may be completed on one with a visual interface.

Multi-surface switching for Google Assistant was launched last fall and was first used by the eBay voice app, which allows you to begin a search on a Home smart speaker and have final results sent to your smartphone or Google Assistant app.

“I’m hoping that by having the screen display, developers will be able to write their actions in such a way as [to say] ‘Hey if that screen is there and that’s the device I’m talking to, display it on that screen, if not, send it to the phone the way the eBay action works’,” Google Assistant VP Scott Huffman told VentureBeat in a video interview. “I think developers have a hard time on the kind of voice-only platform creating a compelling conversation and experience, so hopefully this will really turbocharge that.”

At this time, Huffman said, the Google Assistant experience with the new touchscreens and smartphones will be different from the kind currently available on Chromecast.

“We’re not as focused on bringing the full Assistant with screen experience to Chromecast. We could do that — I think we’ll see how it goes and whether that makes sense. People tend to use Chromecast in obviously a much more media-focused way, so technically I think it’s feasible to do that. It’s just a question of whether its feasible for Chromecast users,” he said. 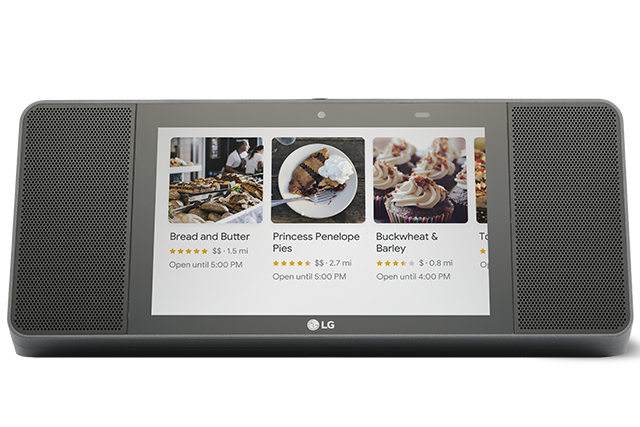 Also new to Google Assistant: Third-party providers may add more experiences to answer your questions or complete a task. For example, say “I want to meditate” and Google Assistant may connect you with the Headspace voice app. All intents — either from Google or a third-party voice app — will now be called actions. In all, from Google Maps directions to ordering food with the Panera voice app, Google Assistant is now able to fulfill more than a million actions.

An Explore tab to act as a sort of app directory was added to the Google Assistant app last year, and today a website was launched to help people follow all the different things Google Assistant can do.

Alexa has also began to power some voice app discovery based on a user’s request. Tell Alexa “I need a ride” and you may receive a Lyft recommendation. Ask to translate specific languages and you may be referred to a translation Alexa skill.

Last Friday, Google announced that its Assistant is now available in more than 400 million devices made by Google and other hardware manufacturers and that more than 6 million Home smart speakers have been sold since last fall.