Though the fund is called Sapphire Sport, it will actually extend into the “media and entertainment industries,” as well, according to a press release.

News of the fund first came to light in 2017 via an SEC filing that showed Sapphire was trying to raise $100 million. A separate filing in December revealed that the fund’s final figure was $115 million. Today’s announcement formalizes the fund, as well as revealing additional details.

By way of a quick recap, the firm was founded originally as SAP’s VC arm way back in 1996. SAP Ventures, as it was called, spun out from the software giant in 2011 and rebranded three years later. Sapphire Ventures focuses on a broad range of early-stage and growth-stage companies — its portfolio companies include Fitbit, Square, Box, Mulesoft, and Apigee.

The Palo Alto-headquartered firm closed its third fund in 2016 at $1 billion, and its latest Sapphire Sport pot serves to extend its reach into what it calls a “rapidly growing” sector.

“The best venture capitalists need to continue to reinvent and innovate in order to stay relevant,” said Sapphire Ventures cofounder and managing director Doug Higgins. “We created Sapphire Sport to serve as a preeminent investment vehicle in a nascent and dynamic area where technology expertise is in increasingly high demand. In partnership with some of the most innovative team owners and sporting brands in the world, we are bringing Sapphire’s venture capital investing capabilities to the global sport marketplace.” 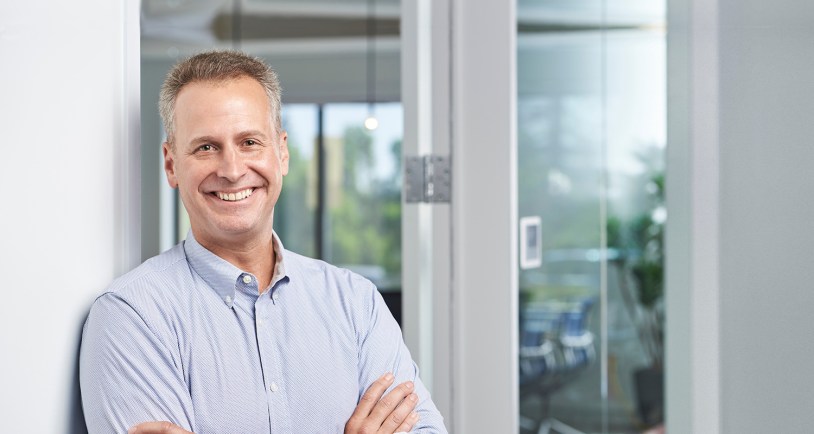 Above: Doug Higgins: Cofounder and managing director at Sapphire Ventures

Sapphire Sport, which will focus mainly on series A and series B-level investments, will be led by Higgins, along with Michael Spirito, who joined the firm back in September from 21st Century Fox.

“The opportunity we are addressing is vast and diverse,” Spirito added. “Sport is the one thing we can all agree on, even as we may disagree on our fan loyalties. I joined Sapphire Ventures because I believe that we have the best platform to build an investment firm of consequence in this industry. From a market perspective, this includes all global sports media rights, distribution technologies, content creation, sponsorship, digital fitness, esports, betting, data, and everything in between.”

It’s certainly true that sports and fitness have been attracting an increasing amount of money in recent times, with eGym raising $20 million to grow its connected fitness platform, Fitness app developer Freeletics nabbing $45 million, and Vi closing a $20 million round to expand its AI-powered fitness business. Last month, Zwift raised a whopping $120 million to expand its virtual training worlds for cyclists as it continues to push into related verticals, including running and esports contests.