As in just about every area of the health and fitness market, technology is increasingly infiltrating yoga, with startups and investors pushing to capitalize on the $80 billion market. Last year, Germany-based Asana Rebel raised more than $17 million from notable backers that include Greycroft to grow its virtual yoga platform, while New York’s Mirror has raised sizable funding rounds for a connected mirror that delivers virtual fitness classes, such as yoga and Pilates.

Zenia recently entered the fray with a mobile app that leverages machine learning, computer vision, and motion tracking with the promise of helping improve your yoga poses. The company calls it “the world’s first AI-powered yoga assistant,” and plans to expand its technology to cover all areas of health and fitness.

Zenia was officially founded out of Belarus in May of this year by software engineer Alexey Kurov, and the company has secured an undisclosed investment from such notable backers as Misha Lyalin, CEO and chair of Russia-based game developer Zeptolab, and Bulba Ventures, a Belarusian venture capital (VC) firm that invests in AI startups.

Bulba Ventures is the investment vehicle of Yury Melnichek, a serial entrepreneur who cofounded mobile mapping service Maps.me and sold it to Russian tech titan Mail.ru in 2014. He was also a “founding investor” in Belarus-based computer vision company AiMatter, which created a popular funky photo-effects app known as Fabby. AiMatter was acquired by Google in 2017.

As an aside, Eastern Europe has been a hotbed of AI activity in recent years, with Facebook acquiring video selfie app startup Masquerade, which is also based in Belarus. And Russia’s Prisma gained widespread attention for its computer vision-powered art photo app, which was among the most downloaded apps globally for a while.

Zenia quietly launched its first app on iPhone a couple of weeks ago, and VentureBeat caught up with Kurov to see how it works and where the company will go from here.

After installing the app and creating an account, you can place your phone with the front-facing camera angled toward the space where you’ll be doing yoga. At launch, Zenia features four courses for beginner and intermediate levels and 14 guided practice sessions to build strength and improve flexibility. 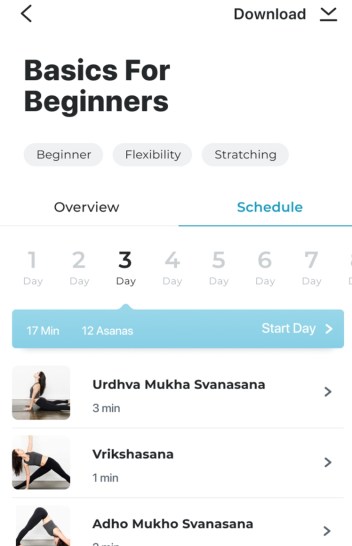 Above: Yoga courses in Zenia

Zenia can recognize 16 joints across the body, and a built-in voice assistant provides feedback on your yoga practice. The software also adapts to each user’s pace, and it monitors progress over time to offer metric-based feedback. 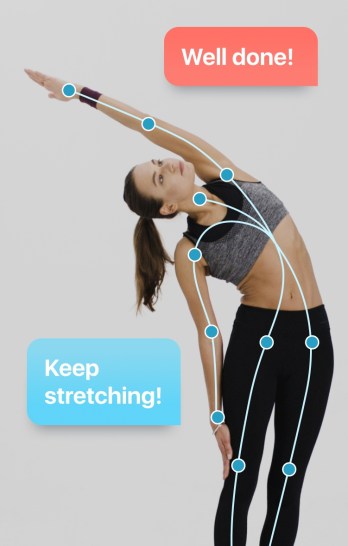 Above: Zenia recognizes 16 joints on the body

In an age when data privacy violations are rarely out of the news, Zenia is quick to note that it uses edge computing and that all of its processing takes places on the user’s phone.

“Convolutional neural networks are at the core of our technology,” Kurov said. “We use an hourglass-inspired architecture that we’ve optimized to run on mobile devices.”

According to Kurov, the company collected more than 200,000 yoga images as part of its training data and developed its own custom labeling tool for faster and more precise annotation. The training data set included both correct and incorrect asanas (yoga postures) so that it can better identify when a student is doing something wrong. Professional instructors were also used in the training process.

“We worked with certified yoga teachers to define the parameters that could help machines to identify the level of execution of asanas,” Kurov added.

Perhaps another major selling point for Zenia is its straightforward business model, which is based on hard cash rather than user data. The first month is free, but after that it costs $15 per month or $100 for the year.

Zenia is positioned at an interesting intersection in technology trends. There has been a marked increase in AI-powered features across the smartphone realm, tackling everything from categorizing photos to recommending new apps. And apps and services designed to help people work out from home have also been on the rise. Aside from Asana Rebel and Mirror, which we highlighted earlier, New York-based Peloton has raised bucketloads of investor cash for connected bikes that deliver virtual fitness classes and went public a few months ago.

While it’s too early to say whether Zenia will succeed, it has the advantages of entering a proven money-spinning industry and bypassing the need for human yoga instructors. But the bigger picture is perhaps what’s most interesting here, as the underlying technology will likely be reapplied to other domains — yoga just happens to be the first use case.

Kurov envisages a time when its platform could be used to analyze a runner’s posture, a weightlifter’s stance, a tennis player’s serve, and more. 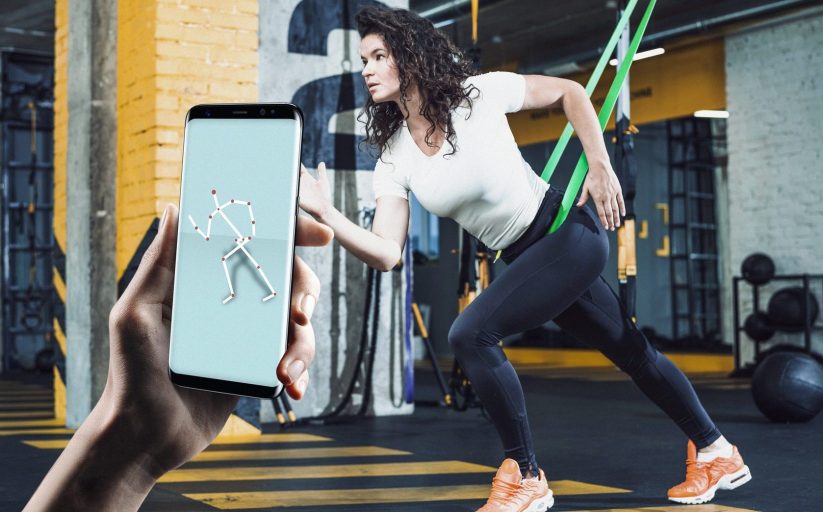 Above: How Zenia could be used in the future

Some members of Zenia’s founding team also have backgrounds in physiotherapy, which hints at potential future applications in the medical sphere. 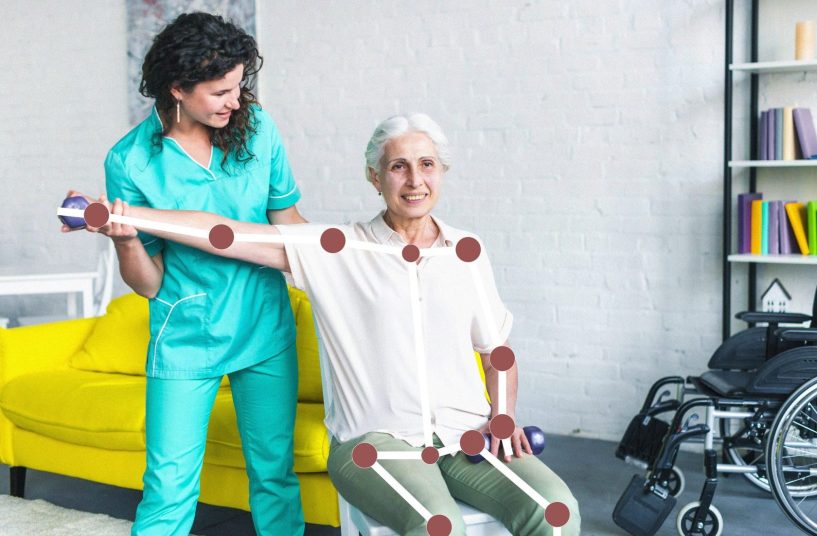 Above: Zenia could be used as a physiotherapy tool

Although Zenia works independent of human instructors for now, Kurov said that fitness or yoga instructors will in future be able to use it as a remote tracking tool to chart their students’ progress.

“We envision Zenia becoming a platform that connects people who want to lead a mindful, healthy lifestyle,” Kurov said. “The app aims to go beyond the scope of regular training and become a personal assistant who motivates [you] to practice constantly.”