When iPadOS 13 introduced tentative support for trackpads and mice within the tablet’s Accessibility settings, the next obvious steps forward were full OS-level support for apps with cursors and iPad-specific accessories to increase their convenience. Today, Apple took both of those steps by debuting a new iPad Pro alongside an all-in-one solution that combines a keyboard and trackpad — the Magic Keyboard for iPad Pro.

The new iPad Pro resembles its 11-inch and 12.9-inch predecessors from the outside, but it includes substantial internal changes — ranging from five studio-quality microphones to an all-new camera array on the back. In addition to a 10-megapixel ultrawide camera that offers 0.5X zoom, the new iPad includes a 12MP wide 1X camera akin to its predecessor and a lidar sensor capable of depth sensing.

Lidar will enable the iPad Pro to scan depth in objects, including distance measurements from up to five meters away at nano-second speeds to create superior real-time awareness of scenes — a benefit for augmented reality. A new Scene Geometry API will let developers access the new scanner, and existing ARKit apps will gain instant AR object placement, better motion capture, and people occlusion features. 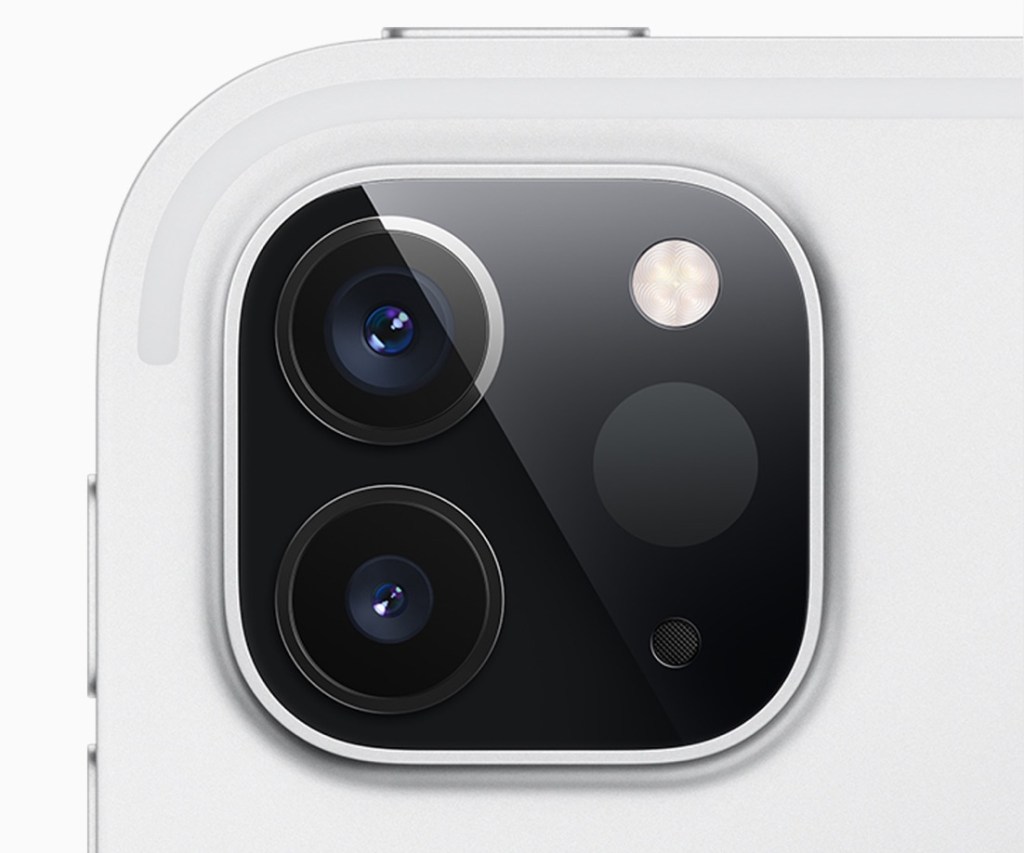 The addition of a depth sensor to the new tablet has been rumored for quite some time, but the specifics of its functionality have remained ambiguous until now. Beyond AR, Apple also claims lidar will help with Pro workflows, including support for Pro photo and video apps.

One surprise in the iPad Pro is its move to an “A12Z Bionic” CPU, an eight-core processor that promises “the highest performance ever in an iPad” but without Apple’s typical specific promises of double-digit improvements in various categories. The A12Z Bionic includes Apple’s Neural Engine, similarly unspecced, suggesting that the jump from the prior A12X Bionic won’t be gigantic. Regardless, Apple says “iPad Pro is faster and more powerful than most Windows PC laptops,” thanks to the chip, a claim benchmarks will need to establish. The A12X already rivaled Intel Core i7 MacBook Pros when it was released in late 2018.

Another small surprise is the addition of Wi-Fi 6 support for faster 802.11ax wireless connectivity, along with expanded LTE band support. The new iPad Pro doesn’t have 5G cellular connectivity, but it has gigabit-class LTE, compatible with virtually all 4G network bands. 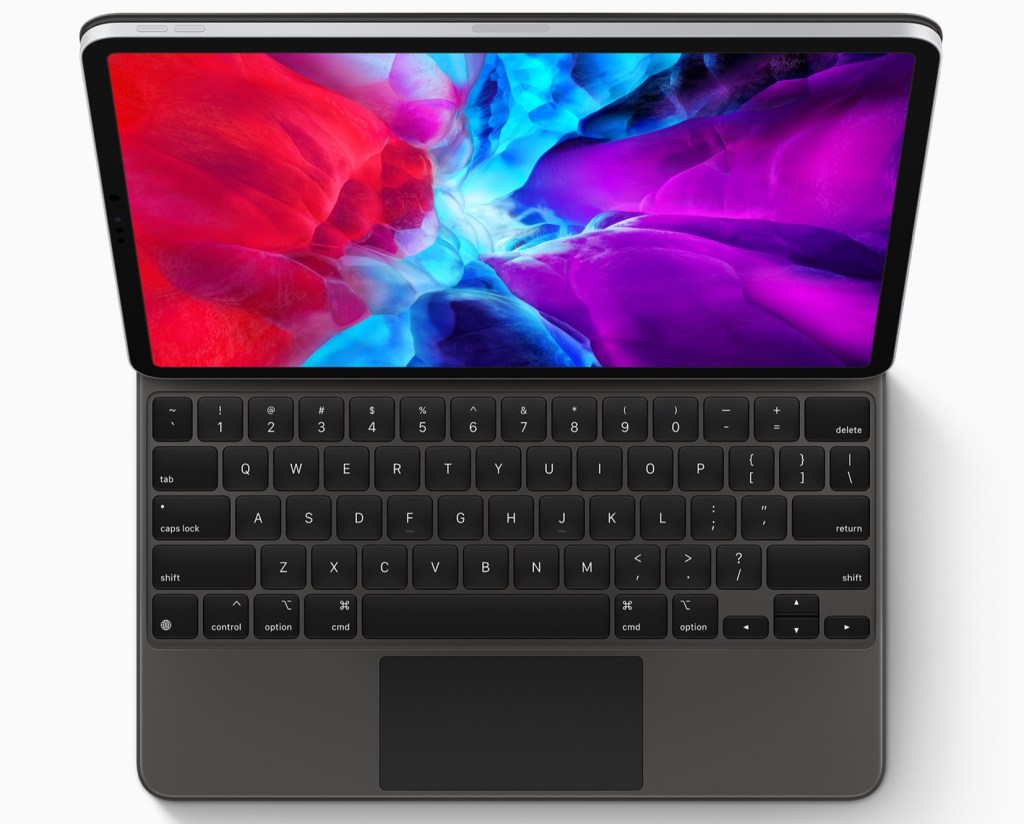 Somewhat like a previously announced accessory from Brydge, Apple’s combined Magic Keyboard is significantly different from prior iPad Smart Keyboard Folios. In addition to a backlit five-row keyboard that only lacks function keys, the surface has a trackpad that’s smaller than on Mac laptops but still several times the footprint of the space key above it. Apple says full trackpad support will arrive in iPadOS 13.4 on March 24, but the accessory won’t be available until May.

The new Magic Keyboard relies on a new cantilevered hinge system to keep the tablet vertical while the typing and trackpad input are handled horizontally. It also retains the folding case design of Apple’s earlier “Smart” folios but elevates the iPad above the typing surface with angle adjustment abilities, supporting up to 130 degrees of positioning.

Like its Mac predecessors, the Magic Keyboard uses scissor mechanisms to deliver 1mm of travel, improving upon the prior rubber dome keys used in earlier iPad keyboard accessories. It also has its own USB-C pass-through charging system and attaches magnetically to the iPad.

Apple’s introduction of this accessory enables the iPad Pro family to compete more effectively against Microsoft’s Surface Pro tablets, which have offered trackpad and cursor support for some time. These solutions enable “pro” users to achieve the level of input precision they need without physically touching the screen for everything.