Equiano, as the cable is named, will have three touchpoints, starting in Portugal’s capital of Lisbon and running down Africa’s west coast to connect with South Africa. This will be Google’s first cable stretching from Europe to Africa.

Moreover, Google is building nine “branching units” into the system, which makes it more extensible so that it can connect with other African countries at a later date. The company said it expects to connect with Nigeria after South Africa. 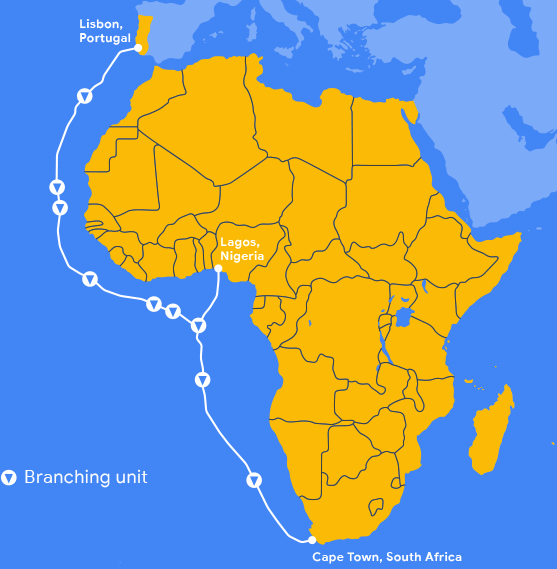 Above: The Equiano subsea cable is Google’s first to run from Europe to Africa

Google has enlisted Alcatel Submarine Networks to build the cable, with phase one (Portugal to South Africa) expected to be completed sometime in 2021. The company said Equiano will be the first subsea cable to “incorporate optical switching at the fiber-pair level,” rather than the traditional approach of wavelength-level switching.

“This greatly simplifies the allocation of cable capacity, giving us the flexibility to add and reallocate it in different locations as needed,” the company wrote in a blog post. “And because Equiano is fully funded by Google, we’re able to expedite our construction timeline and optimize the number of negotiating parties.”

Moreover, Google claims Equiano will offer roughly 20 times more network capacity than cables that currently serve the region, thanks to the space-division multiplexing (SDM) technology it’s based on.

Google parent company Alphabet, among other technology companies, has increasingly invested in internet infrastructure projects, spanning balloons, public Wi-Fi hotspots, and “last mile” initiatives that link cities’ broadband into long-distance fiber networks. Elsewhere, Amazon is planning a network of satellites for high-speed broadband, while Facebook is working on similar infrastructure projects. In fact, Facebook is reportedly in the early stages of planning an underwater cable that encircles the whole of Africa.

The goal for all of these programs is the same: to enhance connectivity around the world and improve the companies’ bottom line. Google’s myriad services, which range from cloud computing and maps to video-streaming and email, depend on reliable infrastructure, which subsea cables play an important part in when it comes to increasing data transfer speeds and reducing latency.

Microsoft, which is also investing in underwater cable systems, recently became the first of the “big three” public cloud companies to open a datacenter in Africa, and Amazon’s AWS is due to open one soon. With the first phase of Equiano expected to be completed within a couple of years, we can perhaps expect Google to announce its own African datacenter plans in the not too distant future.

Named after Olaudah Equiano, a former writer, slave, and abolitionist born in Nigeria, Equiano is the latest in a long line of subsea cable investments Google has made — dating back nearly a decade. The company’s first project was Unity, which stretches 9,620km from Chikura, Japan to Redondo Beach, California and went into service in 2010 — it’s co-owned by a number of other well-known companies, including Elstra, Singtel, KDDI, and Airtel (Bharti). 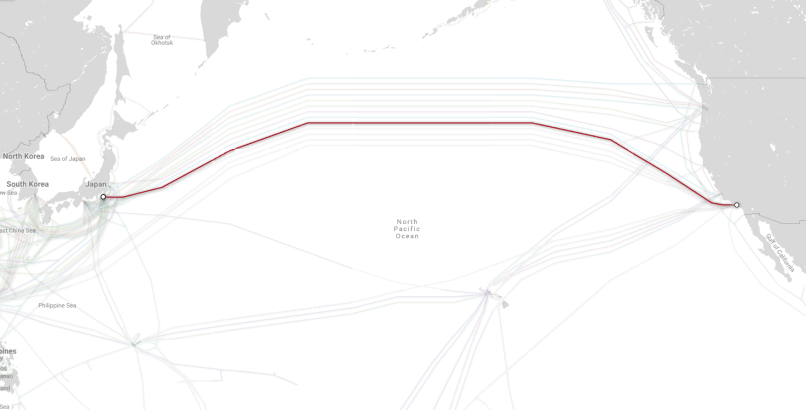 Above: The Unity cable, which went into operation in 2010, is co-owned by Google, Telstra, Singtel, KDDI, Airtel (Bharti),and TIME.

Google’s first fully privately funded cable — known as Junior — went into service last year. It runs just 390km from Rio de Janeiro to Santos in Brazil. And the company’s first privately funded intercontinental cable, Curie, was completed just a couple of months ago, running 10,000km from Los Angeles all the way down the Pacific coast to Valparaíso, Chile. 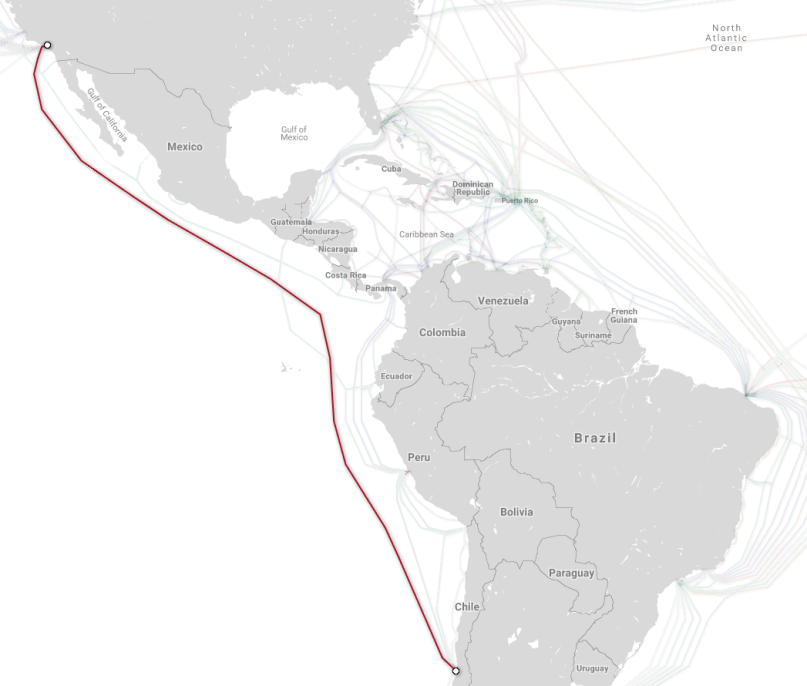 Google previously announced another fully self-owned international subsea cable, called Dunant, which runs from Virginia Beach in the U.S. to Saint-Hilaire-de-Riez, France — this one is expected to launch in late 2020.

There are currently more than 400 undersea cables in service around the world, stretching some 1.1 million kilometers (700,000 miles) — and Google is directly invested in around 100,000 kilometers (62,000 miles) of these cables. That works out to about 10% of all subsea cables globally. Combined with its various other programs, spanning datacenters and quirky balloons that beam down internet from the skies, it’s clear Google’s priority is getting everyone online and using its services.

“Over the last three years, Google has invested $47 billion to improve our global infrastructure, and Equiano will further enhance the world’s highest-capacity and best-connected international network,” the company said.