It’s been roughly a year since Microsoft acquired Flipgrid (formerly Vikdu), an education-focused platform aimed at students and teachers, and the latter’s dev team evidently hasn’t lightened its workload since. Flipgrid kicked off the FlipgridLive 2019 convention in Philadelphia, Pennsylvania in style this morning with a slew of new features that’ll roll out to customers in the coming weeks.

For the uninitiated, Flipgrid’s apps for Android and iOS — which natively integrate with Google Docs and Microsoft Office 365 — provide video publishing tools that enable students to collaborate on projects and events, in addition to publishing tools that let educators attach files and documents to topic pages.

Perhaps the highlight of today’s reveals is a redesigned video experience that leverages Microsoft’s Immersive Reader to automatically transcribe video responses and deliver the transcripts through a new closed-captioning experience. In other news, the new Shorts Camera tool enables students to stitch together and rearrange clips into a simple video, or add live inking and several of thousands of text and emoji stickers. Whiteboard mode adds context to videos. And video embedding is now supported on platforms including Teams, OneNote, Remind, and Wakelet, with more partners on the way. 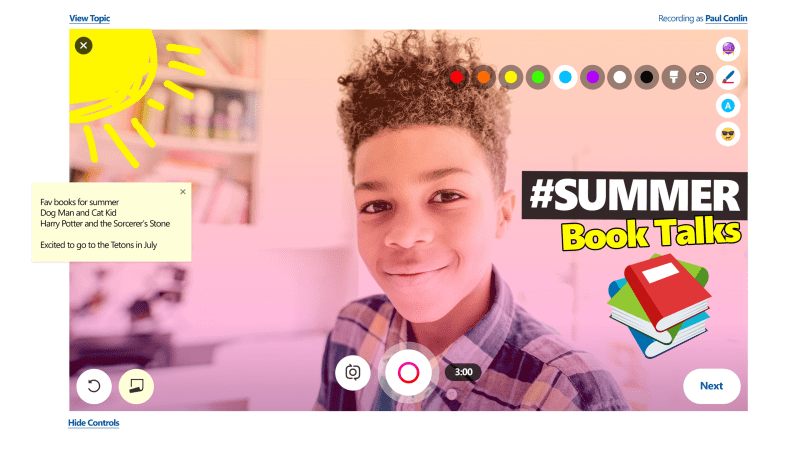 Above: The FlipGrid Shorts web UI.

Also making its debut is FlipgridAR, a new augmented reality feature that lets users print real-world QR code stickers that anchor video and voice recordings in AR. It already works with the “hundreds of millions” of existing Flipgrid QR codes currently in classrooms and schools around the world, Flipgrid says.

On the content side of things, Flipgrid now hosts topics from Code.org, HackingSTEM, NASA, Microsoft EDU, Find Your Grind, and Wonderopolis, with more forthcoming. Within the Flipgrid Educator Admin panel, there’s launch-ready discussion prompts in the community-generated Disco Library, along with thousands of educator-created courses organized by audience, subject, and goal. 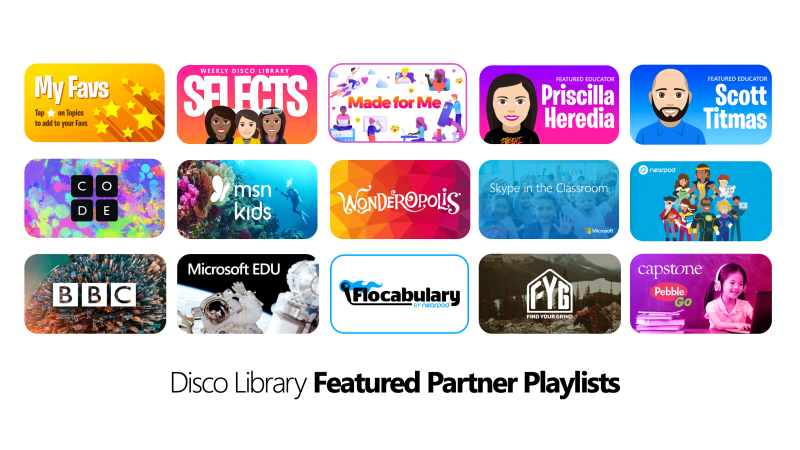 The newly enhanced Flipgrid strengthens Microsoft’s position in the education market. In 2016, the Redmond company took the wraps off Teams for Education, a cloud-based assignments and projects dashboard for educators, nestled within its Office 365 for Education suite. More recently, it added education-focused features to OneNote; new educational content from the BBC, Lego, NAS, PBS, and Pearson to Windows Mixed Reality headsets; and chemistry-focused lesson plans to Minecraft: Education Edition.

Still, it faces an uphill battle against chief rival Google, which currently dominates the classroom. In the U.S., nearly 60% of all mobile personal computing devices shipped to K-12 schools in Q4 2017 were Chromebooks, according to research firm Futuresource, while less than 26% of schools ran Windows.