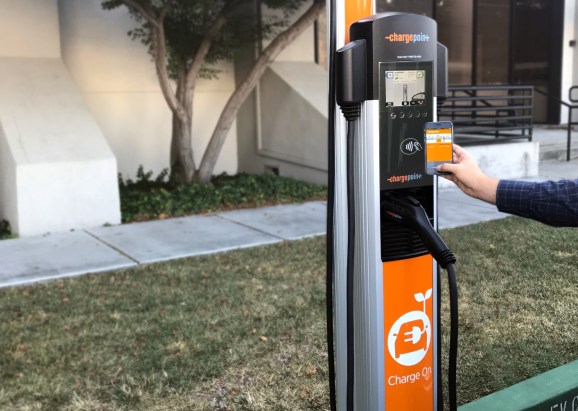 This doesn’t mean your phone itself is capable of charging your car, of course, though that would be fantastic. Instead, the company — which operates one of the largest EV charging networks in the world — has today lifted the lid on a “tap to charge” feature that lets drivers initiate the charging process at 40,000 spots across North America by simply tapping their Android, iPhone, or Apple watch at the charging terminal. 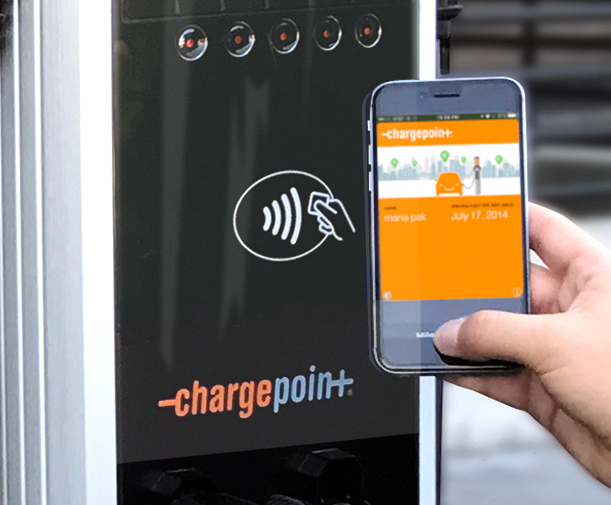 Above: ChargePoint: Tap to charge

Prior to now, drivers could launch a charging session by tapping the RFID card they received when they signed up to the ChargePoint network or by pressing a button within the ChargePoint mobile app. Using “tap to charge,” however, means that drivers no longer have to pull a card out or open an app — it’s just “tap” and go.

Founded out of California in 2007, ChargePoint is best known in its domestic U.S. market, but it also has a presence in Australia. And the company recently closed a $125 million funding round to push into Europe, taking its total equity financing to nearly $300 million.

The global EV market share is still relatively modest compared to those for petrol and diesel, but it is growing fast. Europe represents the second biggest market for EVs globally (after China) — helped by incentives such as tax reductions and exemptions. Volvo recently committed to making only electric and hybrid cars from 2019, while Uber, too, has pledged to make all UberX cars in London electric or hybrid by 2019, though the company has bigger fish to fry in the U.K. capital at the moment.

The new NFC charging integration only applies to the U.S. for now, but as more public charging stations arrive in Europe — something that will be ramped up “dramatically” in 2018, according to ChargePoint — we will likely see this feature land in other markets.

In the U.S., fully electric car sales are reportedly up around 47 percent so far in 2017, with Tesla’s mass-market Model 3 Sedan doing its bit to drive EV sales. Earlier this month, Tesla revealed it was bringing its supercharging network to city centers, in addition to highways.

It’s clear that EVs — whether hybrid or fully electric — are on an upward trajectory, so it’s hardly surprising to see incremental improvements rolling out to the charging infrastructure.

“ChargePoint is committed to getting every driver behind the wheel of an EV, and a major part of achieving that goal is making it as easy as possible for drivers to charge,” explained ChargePoint CMO Colleen Jansen, in a press release. “Tap to charge delivers on that commitment and fosters EV adoption by providing the easiest way for drivers to charge wherever they live, work, and play. The ownership experience is key to broader EV adoption, and trailblazing features like tap to charge make fueling your EV much more simple and convenient than the gas vehicle it likely replaced.”

“Tap to charge” works on NFC-enabled phones running Android 4.4 or higher, iPhone 6 or higher, and Apple Watch. iPhone users need to create a ChargePoint Pass by hitting “Add Pass to Apple Wallet” in the ChargePoint app, then position their finger on Touch ID and tap the phone on the station to begin charging. Apple Watch wearers, on the other hand, need to double-click the side button and hold the watch near the contactless reader on the charging station.