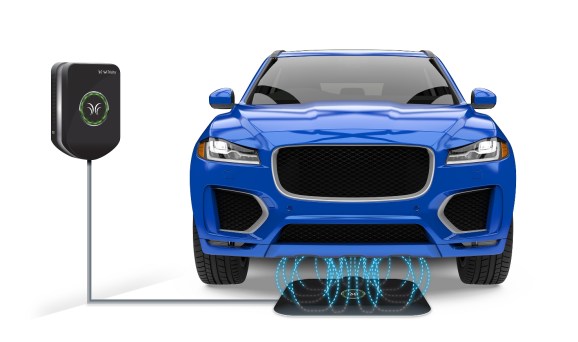 Terms of the deal were not disclosed, but Qualcomm said it will become a minority shareholder in WiTricity as a result of the transaction.

While the EV market is still modest compared to that of petrol and diesel, electric vehicles are expected to accelerate significantly over the next decade — EV sales grew by more than 80 percent last year in the U.S. alone, and major carmakers are already committed to making hybrid or electric cars only from this year.

But one of the big challenges facing EV makers is the issue of charging: In short, it can be a real pain. That is why a number of companies have been looking at ways to not only extend the range cars can cover on a single charge, but to make the charging process itself seamless.

WiTricity, a company spun out of the Massachusetts Institute of Technology (MIT) in 2007, has been at the forefront of this push and has raised nearly $40 million from such big names as Intel and Foxconn to spearhead its research and development.

Qualcomm may be better known for its smartphone chip business, but with cars increasingly serving as extensions to consumers’ connected mobile devices, the chip giant has also pushed into the automotive realm.

Qualcomm Halo emerged in 2012 following the company’s acquisition of HaloIPT a year before, and Qualcomm has previously demonstrated its “dynamic charging” on test tracks — electric cars of the future could be capable of charging as they move. For now, though, wireless charging for EVs is limited to stationary “parked” solutions.

The technology uses inductive charging to transfer electricity through the air between magnetic coils fitted to the road and the car. Earlier this year, BMW became the first of the major car companies to announce a vehicle with wireless charging capabilities out of the box.

A charging solution that frees drivers from worrying about where their next charge is coming from could impact EV uptake more than any other factor. Additionally, it could have a big influence on self-driving car development, as such vehicles will need to find a way to recharge without human involvement.

WiTricity’s Halo acquisition involves “certain technology platform and IP assets,” constituting more than 1,500 patents and patent applications relating to wireless EV charging, according to a statement released by the companies.

“Bringing the Qualcomm Halo technology into the WiTricity portfolio will simplify global interoperability and significantly accelerate commercialization,” Gruzen added. “This is an exciting day for WiTricity, for automakers, for prospective EV buyers, and ultimately for any company deploying fleets of autonomous vehicles.”

Wireless EV charging may still be in its infancy, but WiTricity and Qualcomm’s Halo consolidation should go some way toward accelerating these efforts.

“Qualcomm is confident that combining WEVC (wireless electric vehicle charging) under WiTricity’s leadership will create accessibility to and demand by customers for this exciting technology,” added Steve Pazol, Qualcomm advisor for wireless charging.