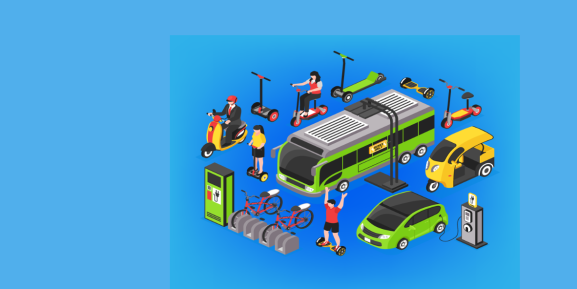 With electric cars, scooters, and bikes slowly permeating society, demand for easy access to charging facilities will only increase. And that is why a number of companies are developing portable charging solutions that bring power to the places consumers need them.

The latest company to enter the fray is San Francisco-based ChargeWheel, which is setting out to build a network of solar-powered charging trailers that can be moved around anywhere to meet demand. To help in its quest, the company today announced a $1 million seed funding round from Right Side Capital, with plans for an “additional multimillion dollar” funding round later this year.

ChargeWheel’s pitching its new service as a “clean and mobile” infrastructure to hlep power the micromobility revolution that is unfolding in cities globally. In a nutshell, the company is building trailers that can generate energy through solar power panels mounted to the back, and used to charge any kind of electric vehicle (EV). The company said that 10 hours of sunlight generates a 70 percent charge for each trailer, which can be stored and deployed later. The trailer can also be charged through more traditional means — i.e. connecting to the grid.

Anyone will be able to request a ChargeWheel trailer, including parking lot operators, fleet operators, municipalities, and even event organizers looking for a clean alternative to diesel generators. ChargeWheel also develops the software to monitor consumer demand and help cities decide where the best place to put these trailers may be.

“E-scooters and e-bikes are enabling huge strides toward zero-emissions transportation in cities today, but because micromobility charging networks and infrastructure don’t exist where micromobility devices are primarily used, many of the largest fleet operators are relying on warehouses far away from city centers, stocked with diesel generators to charge their vehicles en masse,” said Huzaifa Muhammad, CEO and founder of ChargeWheel. “Similarly, there is a lack of DC fast chargers in large city centers for electric car drivers, mainly due to lengthy permitting and infrastructure installation issues.”

Electric scooters were one of the big breakout trends in urban transport over the past 12 months, while electric bicycles are also continuing to attract investors and big-name suitors — last year Uber got involved in a big way when it acquired Jump Bikes, an e-bike company that would later expand into electric scooters. Pivotal to all of this is charging infrastructure, which is why Uber launched Jump charging stations as part of its sustainable mobility push.

Electric cars are also growing fast, and as such many traditional energy companies are investing in electric charging technology. Earlier this year, Shell acquired Greenlots to accelerate its EV charging networks across North America, following similar moves elsewhere when Shell bought one of Europe’s biggest EV charging networks, NewMotion, and BP bought Chargemaster in the U.K.

A few months back, San Leandro-based FreeWire raised $15 million to expand its portable charging technology for electric vehicles, securing some big-name backers including BP and Volvo via their respective VC funds. Volkswagen also recently gave a first glimpse of its mobile charging station, which it expects to start fully deploying globally from next year.

Each ChargeWheel trailer can charge four electric cars or 400 e-scooters / e-bikes at direct current (DC) fast-charging speeds. The company said that it plans to monetize through subscriptions; drivers will pay $99 per year for unlimited charging at any ChargeWheel location. It also plans to make money from fleet operator contracts.

The first tranche of ChargeWheel’s funding will be used to support the rollout of 100 energy trailers by the end of 2019, with a focus initially on San Francisco, followed by other larger cities across the U.S.