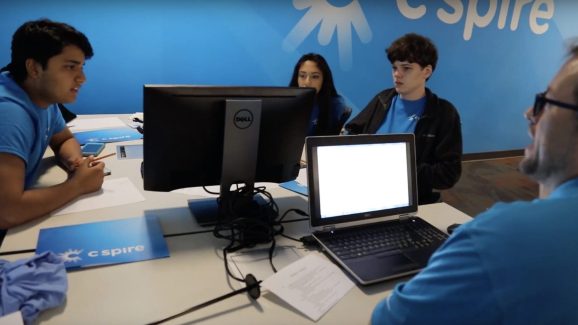 As the sixth-largest U.S. cellular carrier, C Spire has only 1.2 million mostly rural customers, compared with the 127 million that a “New T-Mobile” would have after merging with Sprint, but that isn’t stopping the smaller company from opposing the merger. In a new filing with the FCC, C Spire says the larger carrier doesn’t have the infrastructure needed to actually deliver high-speed service to rural customers and is using “nebulous” promises of improvements to snow the commission into approving the deal.

Since C Spire only offers wireless service in parts of four states — Alabama, Florida, Mississippi, and Tennessee — it’s not exactly a household name across the U.S., where it was previously known as Cellular South. The Mississippi-based company operates largely within its home state, but it also has 700MHz and 1.7-2.2GHz licenses that could be used to expand its services to more of Tennessee and Alabama, much as T-Mobile has said it will do with 600MHz and 2.5GHz spectrum.

T-Mobile has pitched 600MHz radio towers as the ideal solution to the challenge of blanketing the U.S. with 5G coverage. Unlike rivals that have focused on deploying thousands of short-distance, high-speed millimeter wave small cells that require time-consuming city and town approvals, the “uncarrier” has said it will use long-distance, slower-speed 600MHz radios on taller towers that can cover hundreds of miles with 5G signals.

C Spire says the problem with T-Mobile’s pitch isn’t wireless spectrum, but rather the wired infrastructure — known as backhaul — needed to actually connect wireless towers and deliver high-speed service. Though T-Mobile told the FCC that it “future-proofed its backhaul” with scalable hardware and upgrade contracts, C Spire notes that the carrier hasn’t provided any details: no timetable, copies of contracts, or specific rural buildout commitments. “T-Mobile has a long record of providing inadequate coverage in rural America,” C Spire contends, adding that T-Mobile now faces “the challenging economics of doing a green field build in rural areas where the availability and cost of backhaul present severe limitations.”

The complaint might sound like sour grapes, but C Spire’s underlying point is simple: Major carriers have promised and failed for years to deliver high-speed internet access to rural customers, and another round of soft promises to take on an expensive, low-yield project probably won’t change the status quo. There’s no shortage of talk about offering 5G to rural customers (see: U.S. Cellular, Charter, and Cisco), but without concrete plans and the wired backhaul to deliver service, it’s just that — talk.

That said, the risk of losing out on FCC merger approval could force T-Mobile’s hand. And if C Spire does succeed in forcing its much larger rival to commit to more specific timetables and contracts for improving rural service, the southern carrier may be guaranteeing that its own services face their biggest challenge to date.