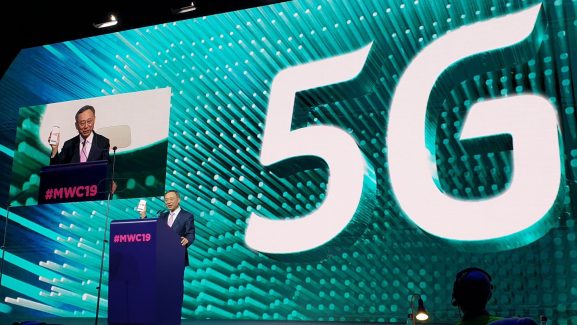 Having covered consumer electronics news for decades, I’ve lived through enough world-changing developments to accurately distinguish transformative-caliber events from ones that will soon be forgotten. As April 2019 draws to a close, I have zero doubt that 5G cellular technology is about to become huge, and that efforts to downplay it are going to wind up looking foolish.

Over the next 10 years, 5G going to empower bigger global technological advances than the (non-trivial) ones wrought by 3G or 4G. We’re only a year or two away from millions of people using true 5G phones on true 5G networks, and several years away from 5G evolving from urban, industrial, rural, and automotive tests into products and services people can buy. It won’t happen all at once, but early networks and devices are already available, and by the end of this year, 5G services will be available at least somewhere on almost every continent.

Despite some major 5G network and device developments this month, my daily 5G news canvassing reveals a small but persistent level of cynicism. That’s not a huge surprise, as virtually every new technology must survive a gauntlet of pundits, reviewers, and influencers, including people who range from reasonable to questionable. At a time when some people get paid either to hype or kill hype for products, and others make money creating viral “controversy” videos, it’s hard to know what to believe.

There’s also a niche of clickbaiters who create stories just to match eye-catching headlines. That’s why there’s a new round of “VR is dead” articles every year, even if they’re demonstrably wrong every time — if clicks pay the rent, premature obituary writing is a proven way to attract attention.

Make no mistake: 5G isn’t VR. It’s much bigger, and backed by an entire telecommunications industry that has widely acknowledged that 5G’s march to market is already underway, and moving faster than prior big-G cellular generations. Moreover, reasonable people understand that building 5G is a cumulative process; it will only get better over time as more 5G base stations are added to networks and 5G phones make their way into paying customers’ hands. We’re still in the very earliest stages of the rollout, and most carriers have openly said as much.

That said, individual carriers across the world have clearly played games with their initial rollouts, ranging from naming deployment cities while actually covering only 10% of residences (Verizon), promising consumer 5G hardware then actually selling only to businesses (AT&T), and hyping up “the world’s first 5G phones” that struggle to maintain real-world 5G connections (South Korea). It’s just as easy to get distracted by misleading “5G E” branding (AT&T) or shifty pricing plans (AT&T again). None of these situations has been great, and I’m not going to be an apologist for these carriers: Each got itself into its own mess and deserves the criticism it has received.

But there’s a world of difference between criticizing the current state of a given 5G network or device and being skeptical of 5G overall. Say what you will about early U.S. and Korean 5G networks, but each is more tangible than Qatar or Finland, which each claimed to have 5G networks before any actual 5G devices were available. Finland’s 5G “pioneer” Elisa currently says that it isn’t planning to offer customers 5G hardware until 2020, despite launching 5G networks in three Finnish cities in mid-2018. Launching networks without hardware is meaningless — the type of “no one can actually use this” launch that teed 5G up for broader criticism.

The latest sour claim is that Verizon’s and AT&T’s existing 5G networks are pointless because they’re built using millimeter wave small cells that aren’t easily scalable. Small cell critics are missing their point: Carriers have increasingly made clear that they’re not intended to be used in every nook and cranny of a country, but rather will be found in select areas with permanent or temporary high population densities. As T-Mobile put it best last year, 5G coverage will ultimately be delivered by a mix of different radio frequencies and towers, each with different speed, latency, and area blanketing characteristics. Small cells are just one of multiple steps towards that coverage.

If you’re reading this, I’m not asking you to spend anywhere near as much time as I do digesting the various details of what’s happening with 5G. Instead, have faith that there’s good reason that virtually every technology company, carrier, and government across the world — “all rational players in the industry,” as Qualcomm put it this week — is pushing 5G forward so quickly. Almost everyone, even companies that might have dragged their feet, believes that the new standard will ultimately prove worthy of the hype over time. It’s just a matter of getting over some small speedbumps on the road to an astonishingly fast future.