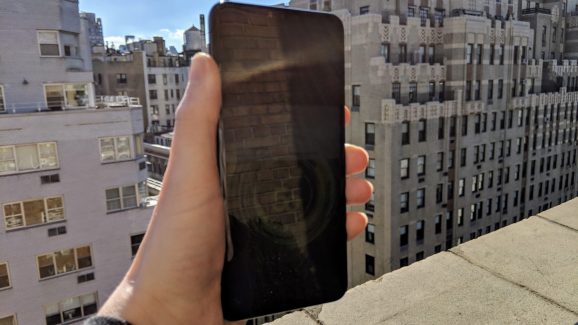 Since early 5G smartphones tend to cost $1,000 or more, some observers have wondered whether they’re too expensive to attract customers. But after three South Korean carriers aggressively discounted the new devices, government regulators are now asking whether 5G handsets are too cheap — perhaps illegally so.

According to a new report from the Korea Times, the Korea Communications Commission has issued warnings to carriers SK Telecom, KT, and LG Uplus that they may be violating laws by offering Samsung’s Galaxy S10 5G and LG’s V50 ThinQ at unreasonably low prices. The carriers were specifically warned against “overheated competition,” which the government believes could undermine overall fairness in the marketplace.

Outside of South Korea — and particularly in the United States — the idea of prices being too low might be hard to conceptualize, given that U.S. carriers and device manufacturers are separately owned businesses with their own risk and reward tables. But in South Korea, both carriers and device makers are at least partially owned by the government, and the launch of 5G services was carefully coordinated by regulators, even including the pricing of all three carriers’ initial data plans. A race to the bottom could affect all the companies’ fortunes, as well as the government’s.

Subsidies for the new 5G phones are the specific issues for regulators. When the Galaxy S10 5G hit the market, carrier LG Uplus said it would discount the phone by over 35%, saving customers the equivalent of $400 off its normal $1,115 local asking price. SK Telecom quickly responded by offering a $460 subsidy, and at least two of the three carriers encouraged retailers to add their own incentives to sweeten the deals.

The discounting popped up again with LG’s V50 ThinQ, which launched for the equivalent of around $1,000 last week, but was immediately subsidized to half that price. Because of similar backchannel deals with carriers, some retailers were able to offer the phone for free, arousing government suspicions of illegal subsidization.

“We are keenly monitoring the market regarding sales of 5G smartphones,” a Korea Communications Commission official said, and “will take administrative measures if necessary.” The penalties could include fines, though it’s unclear if further financial disincentives would deter carriers as they seek to establish high 5G service sign-up rates — apparently at any cost.

Consumers arguably require incentives to offset high asking prices for both 5G phones and services, given currently limited device functionality and spotty initial network coverage. While the new Samsung and LG devices are both capable of radically faster 5G network speeds than otherwise similar 4G-only versions, they are otherwise highly similar in design and functionality. Moreover, when they’re not used on 5G networks, they fall back to slower 4G speeds, which can happen frequently even in supposedly 5G cities.

Incentives appear to be working to lure 5G customers. The carriers reported 260,000 customers in the first partial month of 5G availability, when the Galaxy S10 5G was the only available phone, and LG says that the less expensive V50 ThinQ has already hit 100,000 orders in its first four days on the market. South Korea is believed to have roughly 400,000 paying 5G customers at this point; U.S. carriers AT&T and Verizon have not released 5G subscriber numbers yet.