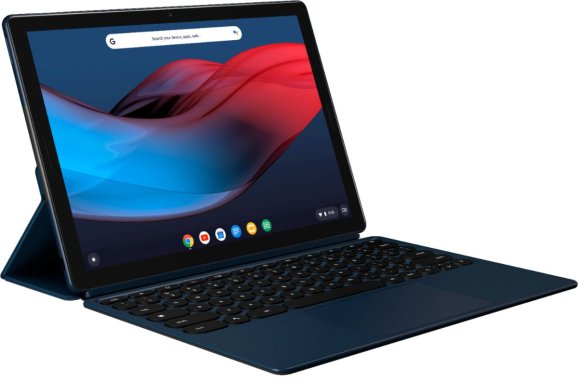 This week we learned that Google was giving up on tablets. The company will instead focus on Chrome OS laptops like the Pixelbook. Anyone paying attention to Google’s tablet business should not be surprised. Plus, tablets are dying a slow death anyway.

Tablets did not end up delivering as promised. The form factor never took off like smartphones, and it never replaced computers. In fact, the tablet market peaked at the end of 2014 and has been shrinking ever since. And yes, the PC market has also been declining, but it’s much, much larger.

The tablet as we know it is going to disappear. The market won’t keep shrinking into oblivion, but the slate form factor will get squeezed out. It’s already happening. Smartphone screens have grown to make 7-inch tablets obsolete while laptops have gained touchscreens and removable screens. (Foldable and rollable devices could be the final nail in the coffin, but those are years away — I’ll get to that later.)

There’s a reason you’re more likely to see a tablet owner attach a mouse and keyboard than you are a 2-in-1 owner rip off and use just the screen. That doesn’t mean laptops are the ultimate form factor — but it confirms tablets are less useful.

The next form factor

Apple, Microsoft, and Google may have different strategies, but they’re all trying to figure out the next form factor. They all want to redefine what a computer is.

Apple, the only winner in the tablet race, has said so explicitly. Look no further than its commercials. Cupertino really wants to convince you the iPad isn’t just a tablet. And this year, it might just pull that off. The company has split off iPadOS as a separate operating system. The big highlight? A mouse cursor.

Microsoft has been blurring the line between laptops and tablets since 2012. After giving up on phones, Redmond really doubled down. You can now buy all sorts of Surface devices, with or without a removable screen. But they all have one thing in common: touchscreens.

Apple is transforming the iPad away from being a tablet, while Microsoft is making Windows tablets redundant. In this market, of course Google is throwing in the towel. It hasn’t been able to make a successful tablet since the Nexus 7. Remember what I said about 7-inch tablets?

Google’s official messaging may be about laptops, but I think the company is purposefully not talking about the other end of the spectrum. You know, smartphones — the market Google dominates like no other.

We know Google has been experimenting with foldable devices — the company has said as much publicly. With the tablet market being squeezed, Mountain View might be looking to where it is strongest. It’s working on laptops with touchscreens, sure, but I bet it’s also working on smartphones that open into tablets. Google has finally realized that tablets have no future.