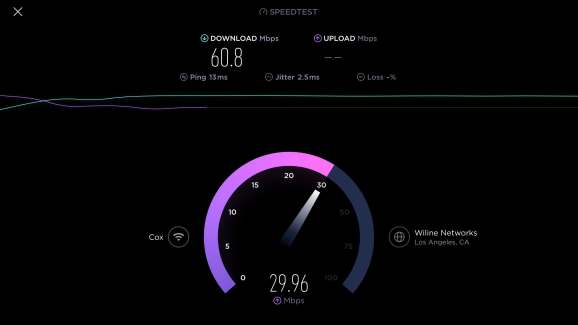 As all four major U.S. cellular carriers begin their transition from 4G to 5G technologies, there’s good and bad news for users of mobile devices: Download speeds are beginning to climb sharply, but upload speeds remain terrible, leaving the country even further behind global rivals. That’s the marquee finding of a new Speedtest report today from Ookla, which used the first half of 2019 to canvas test results from over 4.1 million unique devices, finding substantially similar performance between U.S. carriers as they move toward nationwide 5G rollouts.

Superficially, Ookla’s report reaffirms results seen in other recent 4G tests from independent organizations: Depending on how you measure top network performance, AT&T and Verizon each lead in individual metrics, while T-Mobile is commonly a close second and Sprint tends to be an increasingly respectable fourth. AT&T notably delivered the fastest average download speeds on the latest flagship Samsung and Apple 4G devices, while T-Mobile ranked second and Verizon worst.

In other words, more customers today see download speeds in the sub-30Mbps range than above it, though late-stage LTE and first-stage 5G will cause peaks at the other end of the charts. Early Ookla data shows average Samsung Galaxy S10 5G speeds ranging from 214Mbps (Sprint) to 423Mbps (T-Mobile) and 718Mbps (Verizon), with AT&T’s “business only” speeds averaging 845Mbps, all staggeringly high compared with 4G.

Unfortunately, upload speeds are another story. The average across U.S. carriers is now 9.75Mbps, or 94th in the world — between Angola and Poland. A 33.88Mbps average download speed places the U.S. 40th globally, between Spain and Saudi Arabia — up 24% and three places from the prior year. Moreover, even on 5G, Ookla’s data shows average upload speeds ranging from 12Mbps (Sprint) to 36Mbps (Verizon), reflecting early 5G networks’ deprioritization of data uploads and use of 4G infrastructure.

The numbers are expected to continue to climb, and sharply, as more and newer 5G technologies begin to spread. Each of the carriers is expected to expand use of features such as carrier aggregation, multi-spectrum coverage, added spectrum bandwidth, and beamforming to improve speeds. Ookla notes that by next year, the first true nationwide 5G network should “almost certainly” be operational, backed by higher capacity 10Gbps fiber cabling capable of handling the increased demands on mobile users and operators.