As Apple officially starts selling the iPhone 11 and iPhone 11 Pro today, a lot of people have been asking whether it’s a good idea to invest in a late-model 4G phone at a time when super-fast 5G networks are spreading across the globe. This year’s iPhones have the fastest CPUs and GPUs in any smartphone, but they’re stuck on last year’s cellular standards, which means they can’t download huge files or offer tethering as performant as the latest 5G Android devices.

I’m not going to tell you that buying an iPhone 11 is a bad move, but I do want you to have good information before you drop $700 or more on a device that — on average — you may continue using for the next three years, well past the time when 5G will be widely available around the world. So as a day one iPhone user and reviewer who also covers 5G, I’m going to walk through seven of the biggest 5G myths; you can make the choice that’s best for your personal needs.

Myth 1: Apple waited on 5G because the tech wasn’t ready

False. After years of dual-sourcing modems from Qualcomm and Intel, Apple made a huge bet that it could rely exclusively on Intel modems — and lost. Intel couldn’t produce a viable 5G modem on schedule, so Apple held its nose and re-signed with Qualcomm. Based on its iPhone development and manufacturing timelines, the soonest it could release a 5G iPhone was 2020.

Apple is an early adopter of all sorts of technologies. It had no problem switching to USB-C in MacBooks when the ecosystem wasn’t yet ready, added 3D Touch to iPhones without much of a plan to use it, and just this year introduced a U1 ultra-wideband wireless chip into iPhone 11 models for reasons that remain largely unknown. Apple is also more than willing to show “courage” in dropping legacy technologies (see: headphone jacks, USB-A ports) well ahead of others.

In this case, it wasn’t that 5G wasn’t ready. It’s that Apple picked the wrong supplier and couldn’t get the parts on time. 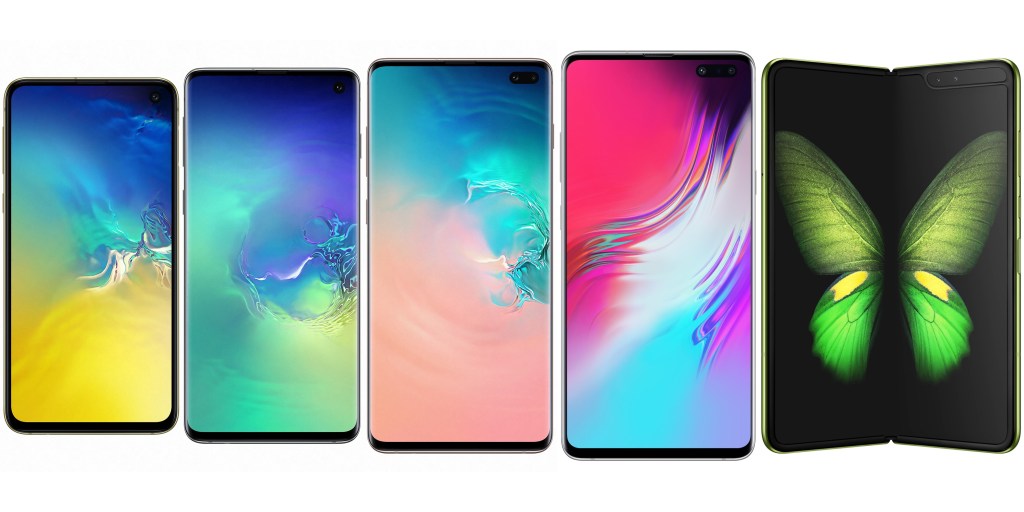 Myth 2: Apple would only have rolled out 5G to every iPhone at once

False. At this point, Apple sells a large array of “legacy” phones alongside three new phones per year, and it doesn’t try to keep the specs equivalent between them. 5G was always going to be a premium offering — the only question is whether it would have been included in the iPhone 11 or held exclusively for an iPhone 11 Pro.

Most of Apple’s smartphone rivals offered one 5G phone as a deluxe model alongside 4G-only phones. That’s why there’s a Samsung Galaxy S10 5G, a OnePlus 7 Pro 5G, and plenty of other examples from large and small brands.

There are many technical and business reasons for this, but they boil down to the reality that early 5G parts were fairly expensive and large — though not enough so to prevent OnePlus from selling the 7 Pro 5G for $840, less than either the iPhone 11 Pro or Pro Max. Apple could easily have saved 5G for its Pro models, and depending on the supply chain report you believe, it may still do so in 2020, or it may (like Android makers) offer 5G in all of next year’s models.

Myth 3: Apple would only roll out 5G when it’s available everywhere

False. Apple didn’t wait for 3G or 4G to become ubiquitous before launching the iPhone 3G or iPhone 5 with 4G. While it typically prefers to wait for a critical mass of potential customers, it’s willing to launch a tentpole feature — say, Apple Watch Series 4 ECG support — before it’s even ready to unlock that feature in software. With ECG, that has happened slowly, starting with the United States before trickling out on a country-by-country basis elsewhere.

Apple’s three biggest markets are the Americas, Europe, and China, and initial 5G rollouts are already underway in each region. The top four U.S. carriers are already offering commercial 5G services, as are the top three U.K. carriers,and multiple carriers in parts of continental Europe. In China, carriers have already deployed limited networks in various cities, apparently ahead of an official 40-city launch at the beginning of next month. Chinese OEMs have been some of the most aggressive in releasing 5G devices, and are taking advantage of Apple’s delay to win over premium customers. 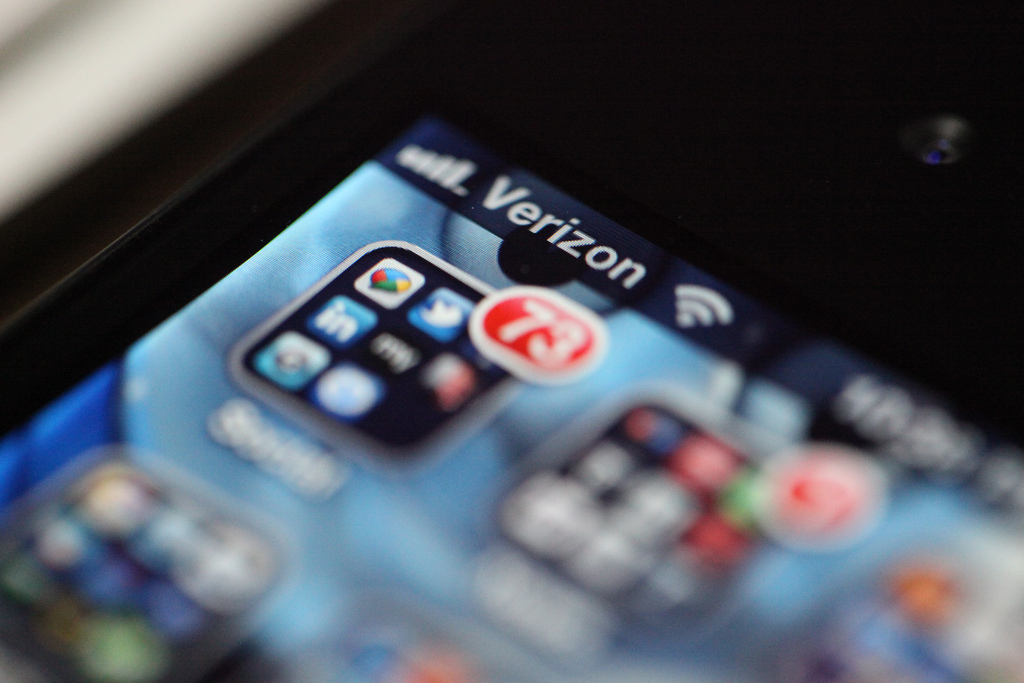 Myth 4: Apple would only roll out 5G when performance is consistent everywhere

False. Apple has never guaranteed consistent cellular performance across countries, and isn’t averse to selling multiple region- or carrier-optimized versions of its devices with support for different cellular standards. At most, it chooses parts that offer a maximum level of performance — say, the iPhone X’s “up to 600Mbps” peak — even when typical U.S. 4G speeds were closer to 15Mbps, with Asian and Nordic countries averaging three times faster speeds.

This has been the company’s strategy with iPhones and iPads for years: support whatever standards its key customers adopt. Back when it had an exclusive with AT&T, Apple only made GSM phones. After the iPhone 4 came out, Apple began selling a “Verizon iPhone” with support for the top U.S. carrier’s CDMA network. Then it continued to sell CDMA iPhones largely to cater to Verizon and Sprint, while most other carriers stuck with GSM.

It’s important to note that there aren’t similar conflicts within the 5G standard; every country and every carrier is following the same standard ratified last year. The only parallel is the choice whether to support 5G’s top-speed millimeter wave frequencies or stick with mid-speed sub-6GHz frequencies. Regardless, next year’s phones will almost certainly support both.

Half-true, half-false. 5G is still in phase one of its global rollout, which means that towers are still going up across the world, city by city, neighborhood by neighborhood. It certainly isn’t available everywhere, and even in cities where it is available, coverage can be spotty — profoundly so.

That said, when you get a 5G signal, the difference between 4G and 5G is profound. People shrugged in the early days of 4G when their typical download speeds went from 1Mbps to 8Mbps, as that meant the difference between “noticeably slow” to “still a wait, but better.” In the early days of 5G, typical download speeds are going from 25Mbps to — depending on the location — 100Mbps, 300Mbps, or 600Mbps, with peak speeds in the 1-2Gbps range.

Unlike 4G, when you’re on a 5G network, you can immediately see the difference — 25Mbps to 300Mbps feels like jumping from “fine” to “wow.” You can experience it yourself in major U.S. cities already, and many countries are expected to have at least one if not multiple “nationwide” 5G footprints by the middle of next year.

Largely false. A relatively small number of people have pointed to the terrible battery life of HTC’s early 4G phone ThunderBolt as a reason to skip early 5G phones. But technology has advanced a lot over the past eight years, and OEMs have learned from the HTC experience.

A more nuanced answer is that early 5G chips aren’t as power-efficient as future 5G chips will be. But that’s true about almost every technology — it only gets cheaper and more power-efficient over time.

Until and unless Apple starts making its own modems, then integrating them directly into its processors (as Qualcomm, Samsung, MediaTek, and Huawei are all planning to do next year), iPhones may all be at a natural power consumption disadvantage compared to rivals. It would be unwise to bet on Apple producing its own fully integrated 5G modem anytime soon. 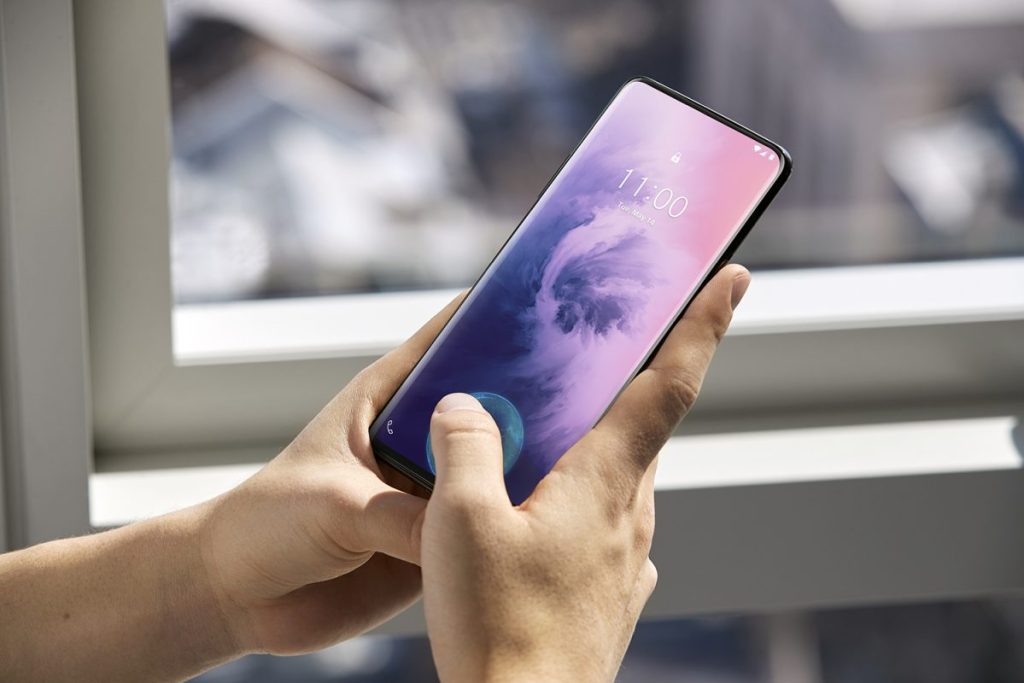 False. I don’t believe that sales are a proxy for quality — McDonald’s sells billions of mediocre burgers every year — but unlike burgers, people generally won’t buy (or do buy, then return) $1,000+ items unless they deliver a lot of value. Unlike the earliest days of 4G, there are quite a few 5G smartphones out there already, and they’re doing pretty well in the marketplace.

Over 2 million people have already purchased Samsung’s first 5G phones, the Galaxy S10 5G and the Galaxy Note10 5G. Samsung expects that number to double to 4 million by the end of this year thanks to its mid-range Galaxy A90 5G, which will sell for around $830 — roughly the same price as the extremely impressive OnePlus 7 Pro 5G.

Putting the sales numbers aside, I can tell you I’ve been impressed by the OnePlus 7 Pro 5G I’ve been testing, and I say that even as a long-time Apple user. It’s a beautiful device with great cameras, smooth processing and gaming performance, and the fastest charging I’ve ever seen on a phone. If Apple had released it this year, it would have been heralded by many as the overall “phone to beat” in 2020, but as one of many similarly equipped Android phones, it doesn’t stand out as much.

Myths busted, now it’s time for you to decide

I can fully appreciate that there are tens if not hundreds of millions of iPhone users who don’t yet care about 5G — and perhaps a few million particularly hard-core Apple fans who do not want to care about 5G until Apple supports it. After decades of covering consumer electronics, I’m quite confident that Apple will still sell plenty of iPhone 11s this year (and probably next year) despite their lack of 5G support, the same way Nintendo kept selling NES game consoles and games well after the Super NES was released. Not everyone needs to be on the cutting edge of technology.

But make no mistake: 5G cellular technology matters now, and will only matter more every six months for the next few years as it continues to spread. Just like the iPhone 3G and iPhone 5, I would certainly want to buy an iPhone with next-generation cellular capabilities on day one, rather than waiting around. Over the next year, “still waiting” data speeds will give way to levels of immediacy that most people will find amazing, fueling new applications that go well beyond what people use today.

You’ll need a 5G device to experience this sort of performance, so if you’re buying a 4G phone today, you’re doing so at a point when every major phone carrier, every major government, and every major device and component manufacturer has already taken significant steps towards bringing 5G to the public. Even Apple.

So you can decide how to invest your money in your next smartphone. Just don’t make a choice you’ll soon regret based on myths that are largely unfounded.