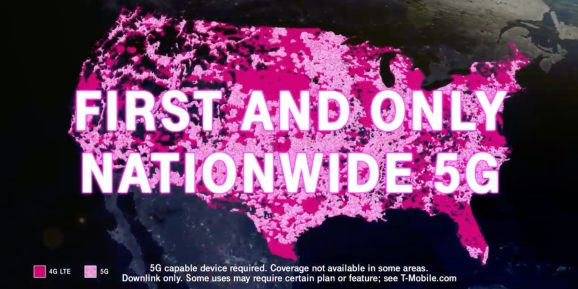 If there’s any annual event that has the ability to dramatically impact the U.S. population, it’s the Super Bowl, which attracts around 100 million viewers each year. That massive audience enables networks to charge $5.6 million for 30 seconds of advertising — nearly $200,000 per second — staggering figures that tend to limit ads to blue chip consumer products, huge upcoming movies and TV shows, or companies looking to instantly define their brands.

At this year’s game, kicking off a year that’s supposed to be pivotal for 5G cellular technologies, wireless carriers Verizon and T-Mobile somehow blew millions of dollars on 5G ads that barely moved the needle with viewers. Verizon used its time to deliver perplexing messages about what 5G can and can’t do, while T-Mobile used 60 seconds (and $10 million!) largely to joke about offering “nationwide 5G,” whatever that’s supposed to mean to consumers.

Neither of these 2020 branding efforts — or the absence of 5G rivals AT&T and Sprint from the discussion — was entirely surprising given what we saw from the carriers in 2019. Verizon spent too much of last year uselessly placing 5G equipment in NFL stadiums and far too little activating or selling 5G gear across most of the country. Most people forgot that the carrier throttled firefighters’ “unlimited” cellular service during 2018 wildfires, but Verizon somehow managed to use its ad time to reignite those memories, bizarrely focusing on how 5G could never take the place of heroic first responders. It also had a “5G camera” on the game’s sidelines (note: not in a 5G drone) for reasons that weren’t really clear. Collectively, Verizon delivered the sort of non-sequitur messaging that it’s increasingly becoming known for, while in no way inspiring consumer 5G interest or purchasing activity.

By contrast, T-Mobile’s 60-second ad leaned heavily on humor to mask its lack of actual 5G content. Comedic actor Anthony Anderson confirmed with his “real-life mama” Doris Bowman that she was able to get a T-Mobile 5G signal for making phone and video calls wherever she went. Unfortunately, T-Mobile never explained what 5G does that 4G doesn’t — why, beyond getting a different signal badge in the same places 4G reaches, anyone would want a 5G phone.

One might argue that these messages track with the U.S. carriers’ currently underwhelming 5G rollouts. Verizon told viewers what 5G can’t do because its small 5G network can barely be used for anything. T-Mobile only discussed the size of its 5G network because its performance is almost the same as 4G, despite requiring new hardware. AT&T and Sprint didn’t waste money on ads because they’re dealing with their own 5G problems. In short, none of the companies used the Super Bowl to spark 5G device purchases because there’s no point right now.

My view is that that’s merely a rationalization for poor performance — wasting money and/or a huge opportunity for positive messaging. As we move into the second month of 2020, there’s no question that the world is actively migrating to faster and more reliable cellular service. There are already quite a few 5G devices and applications, some more impressive than others. Marketing 5G as a buzzword or talking about what it can’t do utterly drops the ball on what’s needed right now: a leader who clearly defines 5G technology and speaks to its potential.

AT&T muddied the waters last year with its bogus “5G E” marketing, but that created an opportunity for every other carrier to step up, particularly at the point when their real 5G networks were live and devices were available to purchase. Absent a global 5G marketing campaign from Qualcomm, Samsung, Huawei, or another company with skin in the 5G modem game, consumers are anxious for someone, anyone really, to define what 5G really is, and explain what early adopters will get by jumping in this year.

Given that 2019 ended on a somewhat unimpressive note for 5G, I’m not surprised that carriers blew their shots at defining the technology or redefining themselves at the Super Bowl, despite spending millions of dollars to get viewers talking about their networks. But yawns from “big game” viewers should serve as a wake up call to the entire cellular industry: If you’re hoping to see consumer interest and sales growth as a result of your 5G investments, stop playing defense and start scoring some points by making and meeting bigger promises for this new technology. No one cares about what 5G can’t do; everyone wants to know why it matters, and if your message is resonant enough, you won’t need to buy 30-second ads to spread the word.