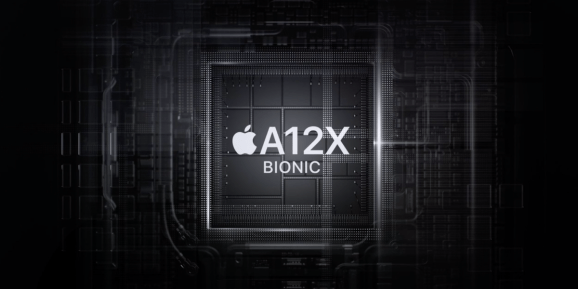 It’s no secret that Apple has been working on more powerful processors to replace Intel’s CPUs and GPUs in its Mac computers — that much has been known for more than two years, originally with a 2020 rollout timeline. But the specifics of those processors have remained elusive, with only one point of inference: To supplant Intel’s processors, they would need to be more powerful than the chips already used in Apple’s highest-end tablets.

Today, Bloomberg reports that Apple is moving forward with three Mac-specific chips, at least one of which “will be much faster than the processors in the iPhone and iPad.” All three will use the same 5-nanometer process Apple will debut in this year’s A14 chips for iPhones, but one will vault past current eight-core iPad Pro models with a 12-core design. Future models will have more than 12 cores, according to the report.

These details are more significant than they might initially appear, as they suggest we’re nearing a potentially seismic shift in professional-class notebook performance. Over the next year, high-end business laptops powered by Apple’s ARM processors are likely to deliver true full-day battery life and dramatically faster processing than today’s machines — changes previously foreshadowed by Qualcomm ARM laptop chip announcements. Whether you’re a road warrior or an exec who brings your work laptop home, here’s what you need to know.

In the chip world, every time processors get smaller — shrinking from a 14-nanometer manufacturing process to 10-, 7-, and 5-nanometer sizes — they also become more power-efficient. Intel has famously struggled with the latest chip manufacturing technologies, falling behind in making 10-nanometer processors and continuing to rely on an older 14-nanometer process. By comparison, Apple’s A-series chips have repeatedly been the first to use each new process, giving its iPhones and iPads annual performance leads over rivals.

Switching to 5-nanometer manufacturing this year will enable Apple’s chips to be even smaller and more energy-efficient than they have been over the last two years, when the 7-nanometer A12, A12X, and A13 Bionic led the pack. Apple’s tablets have stayed locked at 10 hours of real-world battery life for a decade, with much smaller batteries than most laptops, so there’s every likelihood the company’s laptops will deliver true 20- or 24-hour run times, unless they compromise on battery size.

When we talk about chip “cores,” we’re talking about individual processing units that in past years would have been separate chips but are now small and numerous enough to fit inside one chip. You can think of a 12-core central processor (CPU) as equivalent to 12 CPUs, aided by a graphics processor (GPU) that may have its own collection of cores.

Armed with eight CPU cores, Apple’s A12X and A12Z chips for iPad Pro tablets already outperform around 90% of recent PC laptops in overall performance, rivaling the speeds of mid-class MacBook Pro computers (and surpassing everything else, sometimes handily). Consequently, iPads have reached the point where the only missing link today is PC- or Mac-class software.

Even if Apple doesn’t increase a chip’s number of cores when moving to a new chip generation, it typically posts major horsepower gains. So it’s fair to assume that this year’s iPhone-ready A14 will be super fast — and, if it’s released, an iPad-focused A14X with more cores and higher peak speeds would be much faster. (Apple appears to have passed on releasing an A13X for reasons unknown.)

Moving from eight to 12 cores would be an easy way to guarantee next-level performance. Intel’s laptop chips currently top out at eight cores, like Apple’s tablet chips, so if Apple is working on a 12-core chip, that means it wants horsepower superior to current MacBook Pros, not just equal to them. The difference could give a mid-range MacBook Pro performance equivalent to a top-of-line model or enable Apple’s next top-of-line laptop to eclipse Intel’s current peaks.

But clock speeds matter, too

To put that in perspective, Apple’s A12X and A12Z chips both have four high-performance Vortex cores and four energy-efficient Tempest cores. Working alone, one Vortex core can hit a peak speed of just under 2.5GHz, and one Tempest core can run at nearly 1.6GHz. But when all eight cores are in use, the Vortexes fall back to around 2.3GHz, while the Tempests are closer to 1.5GHz.

It’s unclear at this point whether Apple’s Mac chips will run at faster clock speeds than this, but it’s safe to assume they will (hence their new codenames), at least by a little on the Icestorm, and probably more significantly on the Firestorm. This would enable even the more energy-efficient cores to run macOS as well as any current Apple laptop, while the more power-hungry ones could serve as a large supporting army for heavier lifting.

I’d be surprised if Apple attempts to match Intel in peak (5GHz+) speeds, particularly since Apple’s chips will likely run without fans — unlike Intel laptops — but for daily use, they will almost certainly be faster for many things. Apple’s own internally optimized software will help, too.

The only disappointment in the new report is timing — Apple is apparently planning to release the first ARM-based Macs in 2021 rather than 2020. Even before the coronavirus outbreak, there were plenty of hints that a 2020 timeline might not happen for ARM Macs, though Apple has already taken important steps toward bringing Macs into the ARM chip fold, such as releasing hybrid iPad-Mac Catalyst development tools and enabling Mac apps to be bundled with iPad and iPhone apps for all-in-one purchases.

Developing three different Mac chips now — with plans to continue the cadence with 2021 architectures — suggests that we’re likely to see either three types of consumer Mac laptops or two laptops and one desktop switch to ARM next year. Developer-only models (potentially based on iPad Pros) could become available sooner.

When Apple switched to Intel processors, it made the announcement at WWDC 2005 and released interim development hardware. Six months later, it launched a MacBook Pro and iMac (January 2006), followed by an Intel Mac mini in February 2006, then more MacBook Pro and MacBook models in mid-2006. The transition was completed with the Mac Pro in August, just over a year after the initial announcement.

If Apple follows a similar timeline for the Mac, we could have developer ARM Mac options available quite soon, with the first consumer devices shipping early in 2021. So get ready for this year’s all-digital WWDC, and if you’re a developer, read up on the iPad Pro Magic Keyboard because this might be the way you’re testing ARM Mac apps in the very near future.