Fledgling French robotics startup Exotec Solutions (“Exotec”) has today debuted a new industrial robot that it touts as the world’s “top performing” robot, thanks to its ability to move 4X faster and 5X higher than the industry standard.

The Skypod robots and accompanying system use mobile 3D robots that are capable of moving in three dimensions at 10 mph and are now being used by top French ecommerce company Cdiscount to pack and prepare orders at its warehouse near Bordeaux. 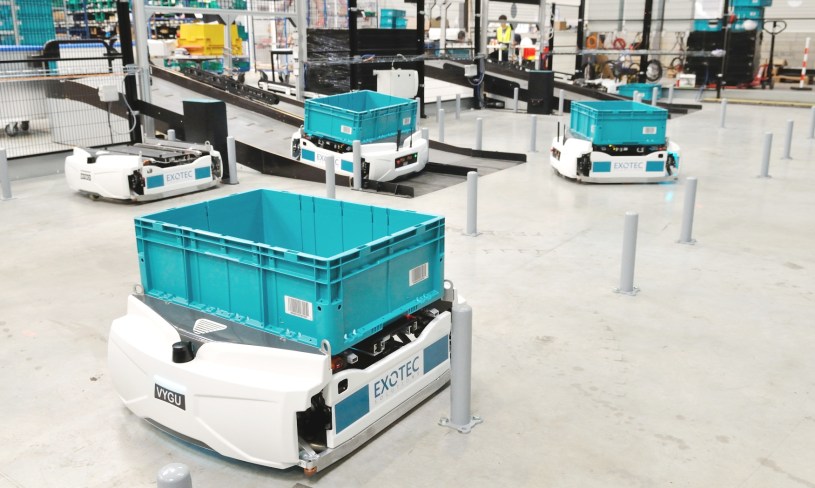 The robots use laser scanner navigation to traverse the warehouse, where they collect and transfer goods to humans who manually arrange the products for shipment. 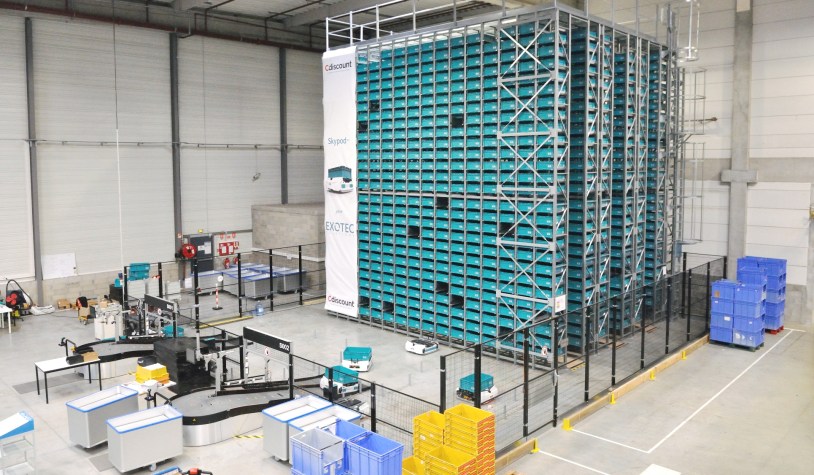 Founded in 2015 by former BA Systèmes technical director Romain Moulin and GE Healthcare software architect Renaud Heitz, Exotec robots have already been tested across a number of industries, and the company raised $3.5 million in outside funding a year ago to help expand its fleet of mobile robots into new sectors.

Cdiscount represents Exotec’s first permanent industrial rollout, while the company is also deploying the technology in three other companies’ warehouses, though they have elected to remain unnamed.

“From inception, the system has been designed to ensure fast deployment and full scalability,” noted Exotec CTO Heitz. “Skypod’s free navigation allows the robots to travel anywhere within the system, something the competition can’t offer today. The system’s software is powered by the latest artificial intelligence, allowing us to deploy on-site within days instead of weeks.”

The robots are here

Robots, it seems, will soon rule the world. And even if they don’t, they’ll certainly be ruling retail.

“Ecommerce is changing the game in the logistics industry,” added Exotec CEO Moulin. “To respond to today’s market requirements, companies are putting the emphasis on deployment speed and flexible deployment capability, rather than heavy fixed infrastructure, in order to best respond to rapid fluctuations in demand. The Skypod addresses the needs of a new generation of customers who are looking for high performance and high density systems that can be modified every two years.”