This year’s Oculus developer conference — Oculus Connect 5 — was chock full of hardware, software, and games announcements, including foveated rendering, visual improvements, and YouTube VR; casting on Oculus Go; and a new Star Wars experience. One of the undoubted highlights was Rift Core 2.0, which enters the public test channel today ahead of a broad launch in October. It’s the Oculus Rift’s underlying operating system, and it has a metric ton of enhancements.

First up is a revamped Oculus Home. Home, a sort of launchpad for Oculus Rift, is now more customizable, with social spaces you can share with friends. Performance has been improved with dynamic lighting and physics-based rendering. Also on tap is the ability to import your own 3D models, objects, skinned animations; new decor, like hundreds of themed items and environments (including a new tropical modern theme and summer decorations); and custom developer items (from games like Superhot, Moss, and Echo VR) such as animated objects, sculptures, trophies, and avatar clothing.

Last but not least, avatars in Home have a new look thanks to simulated eye, mouth movement, and micro-expressions. They can also be used in social apps that let you communicate with friends, and product manager Lucy Chen said developers will be able to take advantage of them with a new Avatars SDK later this year. 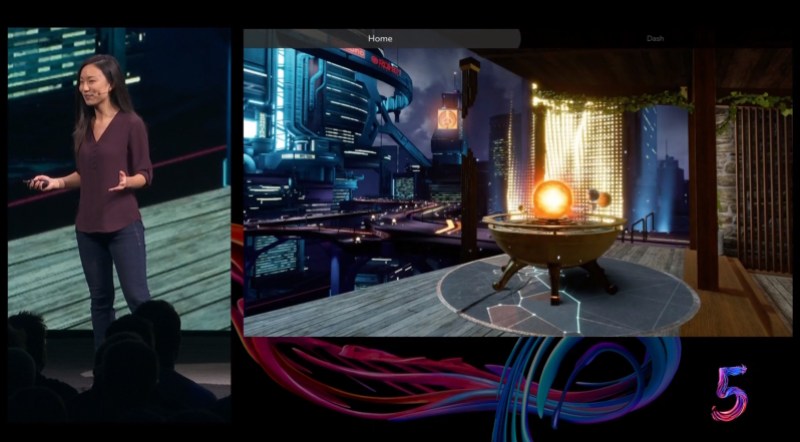 Perhaps the highlight is Hybrid Apps, which, in Facebook’s words, “brings the power of your PC into VR.” They leverage new APIs, a software development kit, and Dash — a digital dashboard that gives you access to PC desktops via Rift — to help developers bring traditional 2D applications for VR. One of the first to support it is Allegorithmic Labs, which worked to adapt Substance Painter to Rift. Artists can use it manipulate 3D models in 3D space — Dash automatically brings in all of the UI so that it’s the same workflow, but in a 3D space.

On the mobile side of the equation, the Oculus mobile app now supports Rift. It lets you browse the store, connect with friends, discover events, and remotely install apps to your PC. 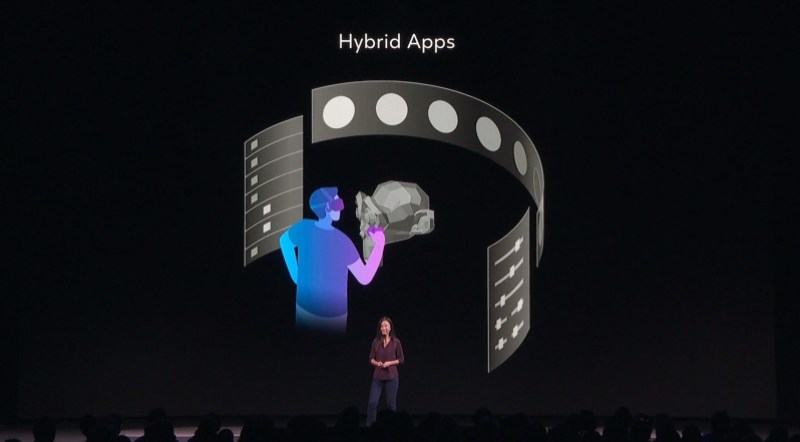 Also in tow at Oculus Connect 5: A prototypical VR room in a “persistent environment.” Andrew “Boz” Bosworth, Facebook’s vice president of AR/VR, demoed a digital office setup complete with a keyboard, monitors, desk, and lounge. Not unlike Microsoft’s Windows Mixed Reality Portal, workspace windows can be resized, rearranged, and minimized, and notifications appear in dismissable popups.

The updated Home and Dash join Facebook Spaces among the social experiences supported by Rift. 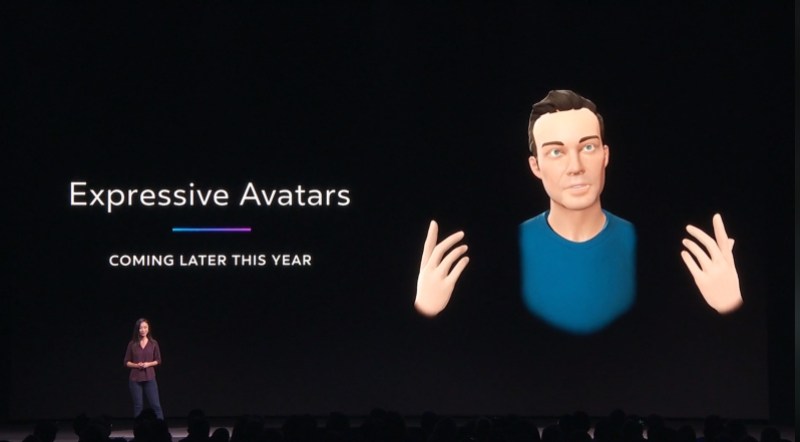 Facebook Spaces, for the uninitiated, is a VR platform that enables Oculus Rift and HTC Vive wearers to interact with each other via cartoonish 3D avatars as if they were in the same room. (Avatars, speaking of, can be generated automatically from tagged photos on Facebook.) Within Spaces’ hangouts, folks can share media (including music and pictures), chat with voice, and share in VR video tours by invoking settings on a central table with controllers such as the Oculus Touch.

Today’s updates represent something of a bet on social VR. Today, Zuckerberg said that it’ll take 10 million users to make the VR ecosystem viable for most developers. (One thing that can help: All Oculus VR content will be forwards-compatible with upcoming Rifts.) And in an earnings call last year, he said that he believes VR won’t see its full potential realized for another ten years.

“We want to get a billion people in virtual reality,” Zuckerberg said. Given that one of the most popular VR headsets, Sony’s PlayStation VR, only just hit three million in sales, he’s clearly in it for the long haul.