Home camera systems are all the rage, what with Amazon snapping up camera-infused doorbell maker Ring for over $1 billion, while Swedish lock giant Assa Abloy bought out August, a company that makes smart locks and doorbell cameras too. Meanwhile, there are no shortage of startups out there looking to create the next big home security camera.

Owl Cameras is building on that underlying demand, but with a focus instead on car security. The company makes a little dashboard-mounted camera that connects with your smartphone, delivering video footage directly to your device to capture break-ins, scrapes, crashes, late-night pullovers by cops, and, um, giant inflatable ducks. Crucially, the camera can film both inside and outside the vehicle simultaneously with dual-camera HD recording. 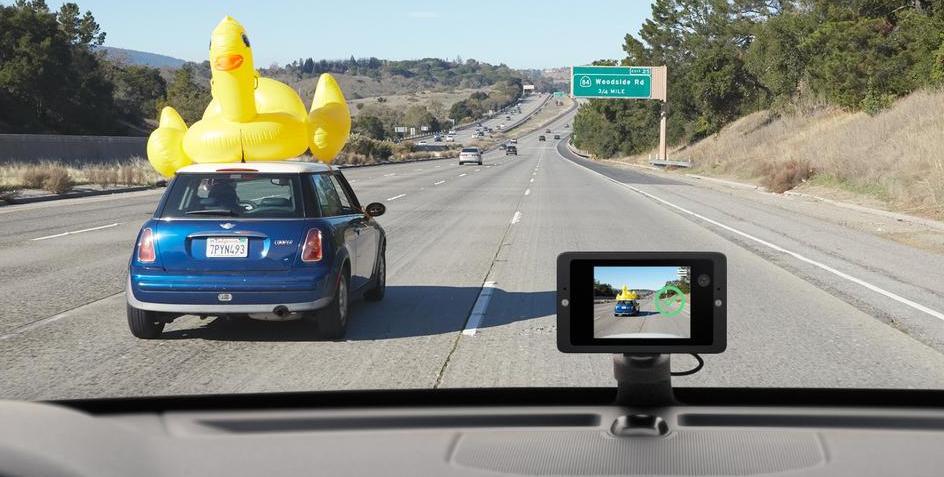 Founded out of Palo Alto, California in 2016, Owl Cameras claims some notable people at its helm. Cofounder and CEO Andy Hodge was one of the first members of the iPod and iPhone leadership teams — and after 10 years at Apple, he joined Microsoft to work on its HoloLens mixed reality program. He then joined Dropcam as VP of hardware and strategy for a short period before it was snapped up by Google’s Nest division. His cofounder, CTO Nathan Ackerman, worked at Microsoft for 10 years, where he most recently served as senior director of program management for HoloLens.

Keep cam and stream on

Today, Owl Cameras announced a fresh $10 million in funding led by Canvas Ventures, with participation from Khosla Ventures, Menlo Ventures, Sherpa Capital, Defy.vc, and CSAA Insurance Group. This is in addition to the $18 million funding tranche the company announced just six months ago, taking its total financing since inception to $28 million.

Furthermore, while the companion Owl Car Cam app has hitherto only supported iPhones, today the company has launched an Android app so you can view your video captures on any device. The app has also been given a design overhaul with a bunch of new features, including portrait mode.

“We knew from the beginning that cars needed video security badly,” Hodge said. “The results we’ve seen from our community of drivers in the months since launch — from catching thieves after break-ins to helping innocent victims avoid blame in crashes — have far exceeded our expectations. With results this good in just the early days, we are clearly onto something huge. Now, with additional funding and increased production, we’re ready to turn this growing trend into something you see on every road in America.”

The Owl Car Cam sells as part of a $349 bundle, which includes the camera itself plus a one-year “LTE Instant Video” service that comes with unlimited video alerts and 60 minutes of remote making and video-viewing per month. Once that year is up, users can pay $99 for 12 months of the Instant Video service. If they don’t want the subscription, the camera still functions; however, users will only be able to access their videos over a Wi-Fi connection. If you want a live view of your car 24/7, you need the subscription.

There are cheaper solutions out there for sure, such as the myriad dashcam apps that you could use on an old Android device, for example. Nexar recently raised $30 million to expand its AI-infused dashcam app, and as with the Owl Car Cam, you can film both inside and outside the vehicle simultaneously through the Nexar Android app.

Also, there are countless other dedicated dashcam cameras available. But most don’t come with dual HD lenses for inside and outside simultaneous recording, and most don’t have an LTE connection for live remote video capture. Owl Car Cam also has audio detection smarts; for example, it can identify the sound of broken glass and send specialized alerts if someone smashes their way into your vehicle.

The camera is powered through the vehicle’s OBD port, so there’s no issue with battery life while the car is running. But when you park, the Owl goes into so-called “guard mode” which is basically a reduced-power state that means it’s not always filming unless prompted. A user can request live footage remotely, or the camera may also be triggered by motion or impact sounds.

Owl Car Cam has a number of practical use-cases in terms of capturing bumps, scrapes, and break-ins for use with insurance claims or as law enforcement evidence. But as society edges further toward a state where people feel the need to capture and share everything in their lives, it’s pretty obvious that this device will serve the lifesharing mob rather well. 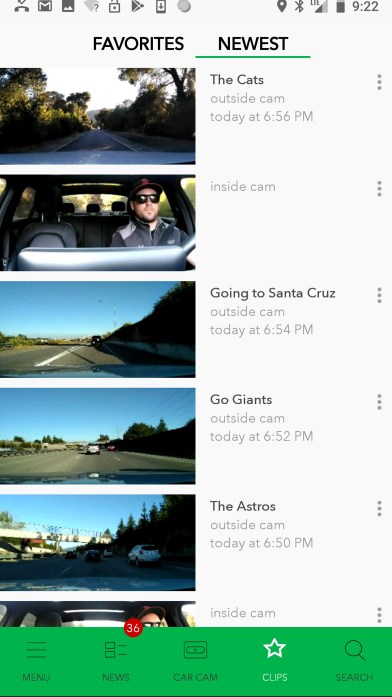 Indeed, Owl Car Cam connects with all the usual social networks, so you can post clips from the Owl Car Cam app directly to YouTube, Facebook, and Twitter. To help enable this, the camera has a “OK Presto” voice command that captures clips on-demand and shares them to your phone to share easily later — this could be some quirky inflatable duck, a stunning view, or you singing along to Bohemian Rhapsody on the car radio.

Hodge insists its core raison d’être is security, but that life-logging has been a happy by-product of the service.

“Our focus is bringing 24/7 video security to the car for crashes, traffic stops and break-ins,” he told VentureBeat. “To do that, we get video instantly to your phone and make it crazy easy to share — so you can send immediately to insurance companies, law enforcement, or your family. What’s been surprising is how much people end up sharing fun videos from the road too — of their families, friends, pets, scenic drives, ‘OMG’ moments. We think it’s great Owl is both protecting people and making a typically boring place a bit more fun too.”

For now, the Owl Car Cam is only available to buy in the U.S., but the company is working on expanding to other markets in the future.