VentureBeat today announced the launch of a personalized news bot for Facebook Messenger, which follows the release of our voicebot for Google Home. What sets the VB Messenger bot apart from other news bots are its built-in learning and intelligence.

The VB bot observes readers’ behavior and continuously updates their profiles based on their interests in order to deliver personalized news feeds. Over time, as a reader’s profile evolves, the bot will learn about their new interests and unlearn the old ones. We partnered with Gupshup to build the VB bot. (Notably, CEO and cofounder Beerud Sheth’s graduate research at M.I.T. Media Lab involved the development of autonomous agents for personalized news filtering.)

Samsung’s intelligent agent also made news this week. Bixby, its long-awaited competitor to Siri, will not be included with the new Samsung 8 phone shipping later this month. The company also revealed it was creating a $150 million fund to invest in startups around virtual reality, AI, Internet of Things, and other so-called frontier technologies.

Also happening this month will be a five-day festival from Alphabet’s DeepMind, taking place in Wuzhen, China. The event will pair some of China’s top Go players with DeepMind’s AI-powered program, AlphaGo. Last year, AlphaGo beat a top, professional South Korean Go player. And earlier this year, Google confirmed that AlphaGo had beaten other top players online, too.

P.S. Please enjoy this video from DeepMind describing how AlphaGo mastered the game of Go. 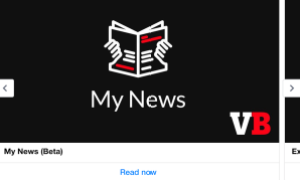 VentureBeat today announced that its personalized news bot is now available on Facebook Messenger. What sets the VB Messenger bot apart from other news bots are its built-in learning and intelligence. The VB bot observes readers’ behavior and continuously updates their profiles based on their interests to deliver personalized news feeds. Over time, as readers’ […] 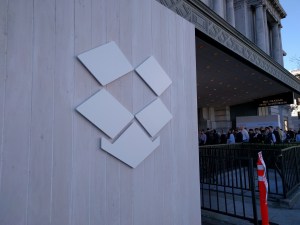 Cloud file syncing and sharing service Dropbox today disclosed more of the technical details underpinning the optical character recognition (OCR) feature that’s now available in the company’s flagship Android and iOS apps for people who work in organizations that pay for the Dropbox Business service tier. The feature kicks into action after you scan a […] 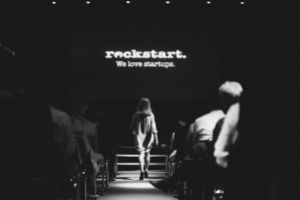 Europe has a new accelerator program aimed at fledgling startups working in the artificial intelligence (AI) realm. Rockstart, a “multi-vertical” startup accelerator founded out of Amsterdam in 2011, supports early-stage startups in their first 1,000 days of existence, and it says it has invested in 108 startups across 11 programs since its inception. So far, […] 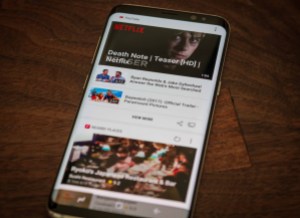 Bad news for those interested in testing out the Bixby voice assistant with the Samsung Galaxy S8 later this month: It won’t be immediately available. While other key features of the artificial intelligent assistant will be available — including vision, home, and reminder — the voice-enabled service will be absent until “later this spring,” and even then will […] 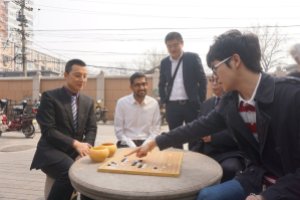 The Dark Secret at the Heart of AI

No one really knows how the most advanced algorithms do what they do. That could be a problem. (via MIT Tech Review)

Will AI one day do digital drugs and have deep dreams of ‘The Joy of Painting’ like we do? (via Vice)

Canada Tries to Turn Its A.I. Ideas Into Dollars

Long before Google started working on cars that drive themselves and Amazon was creating home appliances that talk, a handful of researchers in Canada — backed by the Canadian government and universities — were laying the groundwork for today’s boom in artificial intelligence. (via The New York Times)

As artificial intelligence algorithms infiltrate the enterprise, organizational learning matters as much as machine learning. How should smart management teams maximize the economic value of smarter systems? (via Harvard Business Review)