Theoretically, pairing a popular smartphone with any new car should be easy: Apple’s and Google’s in-car platforms have been out for nearly four years, and should be ubiquitous by now. But as the Detroit Auto Show (aka NAIAS) demonstrated this week, it’s not that simple — CarPlay and Android Auto are still on shaky ground with some major automakers. Why? Between Amazon’s Alexa, Tesla envy, some financial considerations, and the imminent arrival of 5G networking, a multi-year battle is underway to control the center consoles of future cars, and our phones are caught in the crossfire.

Apple has been developing car kits with automakers since the iPod days, but took a major step forward with the March 2014 debut of CarPlay — an iPhone-powered replacement for in-car navigation, music controls, and voice assistance. Within months, Google parried with the June 2014 debut of Android Auto, offering similar features for users of certain Android phones. Both systems can now be found in at least some vehicles from most major automakers.

Last year, we noted that progress on both platforms had stalled, and that’s largely true today; Google’s biggest changes to Android Auto have been to let it run directly on phones without requiring an in-car screen and adding Google Assistant. Apple has made a series of smaller tweaks, certifying more third-party CarPlay apps and adding Apple Music support. Meanwhile, automakers from BMW to Ford and Toyota have been hedging their bets on Google and Apple. Here’s why.

Alexa: Amazon could be disrupting Apple’s and Google’s car plans 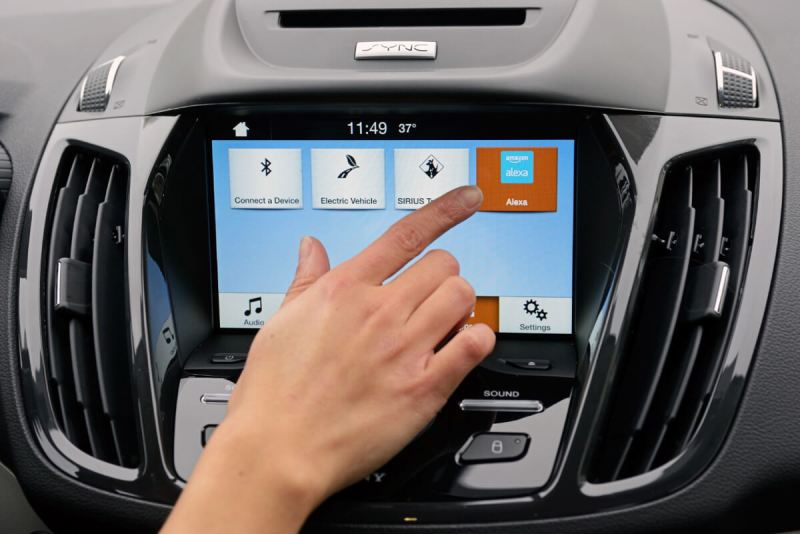 One factor that is undermining Apple’s and Google’s in-car initiatives is Amazon’s move to bring the Alexa digital assistant into cars. Last year, Ford was the first to add Alexa to vehicles, leveraging Alexa Skills to enable direct-from-home car starting/heating and direct-from-car Starbucks ordering. At an Amazon press event last September, BMW announced Alexa integration for all 2018 year BMW and mini vehicles, explaining that Alexa provided “a complete, comprehensive set of internet capabilities that is available inside your vehicle.”

Alexa may be a practical solution to a problem Ford and Toyota identified last year when founding the SmartDeviceLink Consortium, a group seeking ways to integrate Apple and Google devices into cars without ceding control of the cars’ center consoles to those notoriously ambitious companies. That’s likely why Toyota — a long-term CarPlay/Android Auto holdout — recently followed Ford’s lead, announcing at CES that it’s integrating Alexa voice commands into a number of 2018 Lexus and Toyota models.

Still, Alexa hasn’t been widely adopted in cars, and its arrival doesn’t mean Apple and Google are out of the game — only that their growth is not guaranteed. Just after CES, Toyota also announced at the Detroit Auto Show that it will begin to support CarPlay with the 2019 Avalon, as well as other yet-to-be-announced 2019 cars. While a rumor had suggested the 2019 Avalon would also include Android Auto support, Toyota declined to commit to the feature, and neither Toyota nor Google would comment on their relationship. 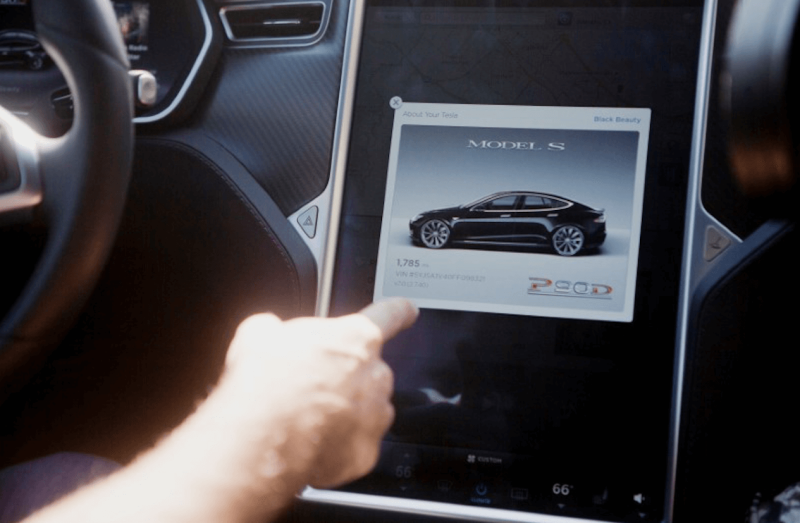 Rather than relying on Apple or Google to power the navigation or entertainment features of its cars, Tesla developed a unique center console with a gigantic touch screen and vehicle-customized services. The screen ranges in size from 12 inches to 17 inches, depending on the car, generally handling everything from gear shifting and temperature controls to music and navigation.

So it’s certainly no coincidence that Dodge’s just-revealed 2019 Ram sports a similarly large, portrait orientation display. Automaker Fiat Chrysler is filling the top half of the display with a CarPlay/Android Auto UI and the bottom with car-specific controls — a kludge that nonetheless speaks to a desire for bigger things than Apple and Google have implemented. 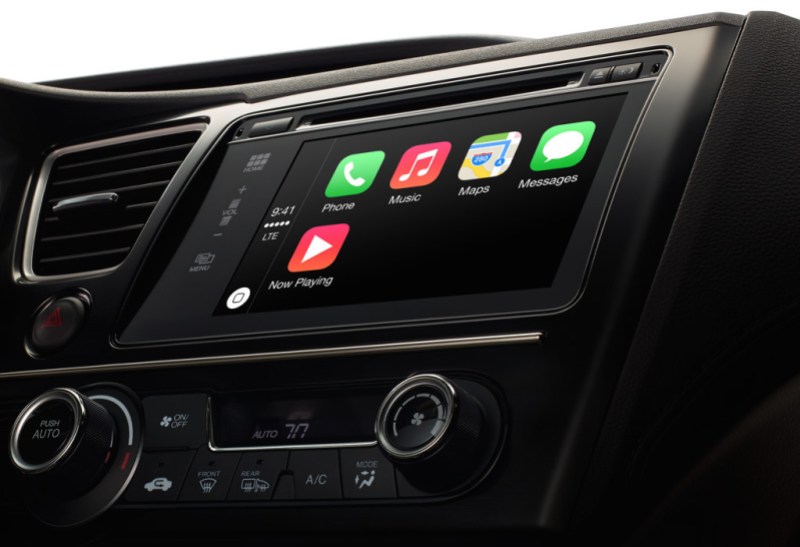 The third factor limiting the growth of CarPlay and Android Auto is money — both the automakers’ desire not to spend it unnecessarily on testing and certification fees, and their customers’ desire not to pay for features they don’t want or need. If adding CarPlay and Android Auto was free, every automaker would have adopted one or both by now. But it’s not.

Apple and Google both have specific requirements for screen sizes and the wired or wireless hardware to connect phones to cars, among other implementation details that require special procurement, testing, and certification. Even though the end cost to a given customer may be much lower than the old $2,000-$3,000 navigation packages, Apple’s and Google’s systems aren’t trivial for automakers to implement and kill the sale of those classic “deluxe nav kits” besides. Faced with the loss of nav system profits and no immediate replacement revenue stream, automakers are still questioning whether they’re doing the right thing.

That may be why BMW announced at the Detroit Auto Show that it plans to offer CarPlay, like satellite radio before it, as a temporary free trial that becomes a paid subscription service over time. The math might make sense for some people: Today, adding CarPlay to a BMW requires a $300 one-time payment, but BMW’s plan is to charge nothing in year one and then $80 each year (only for interested customers) thereafter, an advantage for short-term car owners. Since other carmakers aren’t trying to turn CarPlay and Android Auto into a service — yet — this might sound crazy, but there’s a reason it’s not. 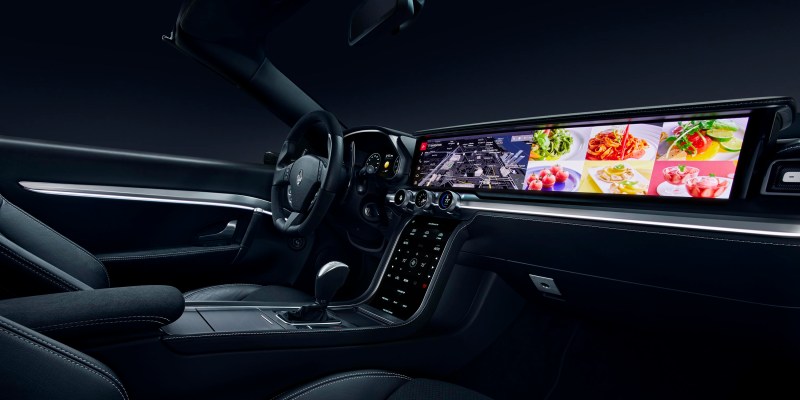 Right now, paying subscription fees for automotive services is strictly the domain of wealthier car owners, but over the next few years, expect next-generation 5G wireless networking to make the idea (more) mainstream. Between autonomous cars and ambitious plans to integrate cars directly with cities’ vehicular networks, the C-V2X concept — short for “cellular vehicle-to-everything” — envisions cars having continuous cellular data links to other cars, pedestrians, and traffic infrastructure to radically improve safety and reduce human involvement in transportation. The cellular data services will, of course, cost money; it remains to be seen whether car companies will charge for it up front when the car is purchased or on an annual subscription basis.

This is part of the reason Apple and Google have been working on autonomous vehicle technology projects for years. They and the companies that supply them with key components, including Samsung and Nvidia, are well aware that direct 5G integration into vehicles could be a complete game-changer for customers: Your smartphone in the car could become almost irrelevant if the vehicle already has its own data services. Looking towards the future, Apple COO Jeff Williams called the car “the ultimate mobile device.”

Even if that future seems far away, it’s closer than most people think. Initial 5G deployments are expected to begin in the second half of this year, with 5G smartphones following early next year and coast-to-coast availability the year after that. It’s not hard to imagine a day when CarPlay and Android Auto are distant memories or merely “budget” car integrations, but expect to see them slowly make their way into more cars over the next few years — until the next big thing is ready.