Fiverr has acquired ClearVoice, a five-year-old Phoenix-based company that helps content writers find new jobs and show off their portfolios.

For Fiverr, which touts content services as one of the most popular categories on its platform, ClearVoice emerged as a good fit, Fiverr CEO Micha Kaufman said. “We are uniquely positioned to consolidate best-in-class vertical players to offer our customers a better solution and an improved experience,” he added.

ClearVoice will operate as a standalone subsidiary, and all of its employees will keep their jobs, Fiverr told VentureBeat. Fiverr says it expects ClearVoice to “double or even triple” its headcount — 22 at present — by the end of the year. Terms of the deal were not revealed.

ClearVoice, which counts Intuit, Carfax, and Esurance among its customers, has added several collaboration and workflow automation tools to its offering in recent years. These tools enable users to create content in a “repeatable and scalable manner,” said the company. Prior to the acquisition, ClearVoice had raised more than $3 million in total. And Fiverr told VentureBeat that ClearVoice’s talent network grew by 500 percent in 2018.

Jay Swansson, co-CEO of ClearVoice, said, “This new chapter is a chance for us to use Fiverr’s depth and knowledge to globally scale our business and advance our mission of creating a platform that allows for worldwide creative collaboration.” 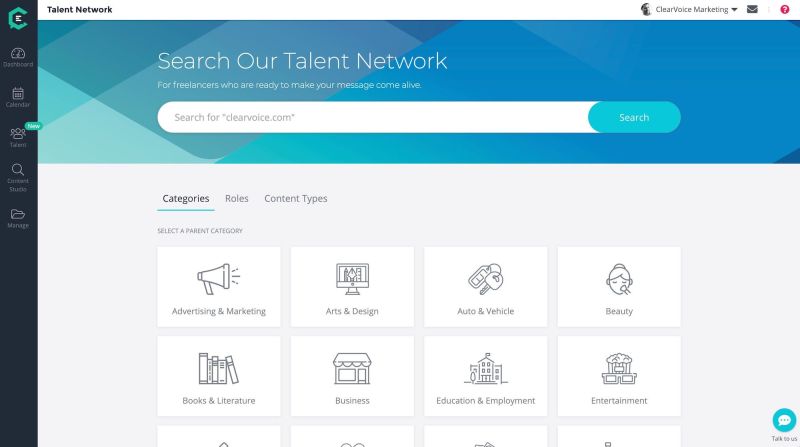 The deal today underscores Fiverr’s growing appetite for scaling its platform, which is operational in more than 160 nations and has facilitated over 50 million transactions. ClearVoice is Fiverr’s third acquisition in the past two years. Last year, Fiverr acquired And Co, a New York City startup that builds online tools for freelancers to help them manager their client relationships. Months prior to that, Fiverr acquired Israeli video marketplace company Veed.me.

“As a market leader, Fiverr is strategically pursing acquisition opportunities that add depth, expertise, and expanded functionality to create more touch points between us and the $100+ billion freelance economy,” Kaufman said.

Fiverr did not share how much revenue it generates, but the company has raised more than $110 million to date. It is increasingly becoming a household name, as work cultures change worldwide and the gig economy gains a foothold.

The company, which competes with TaskRabbit and Upwork, invites professional freelancers to post their services on its website in any of more than 200 categories, ranging from logo design to dance video production. These tasks could cost as little as $5 — of which Fiverr pockets a small percentage.