After blowing a decade releasing confusingly numerous Macintosh computers, Apple invited founder Steve Jobs back to his company, kicking off a historic period of growth through reduction. Jobs slashed entire product lines, redesigned Macs to focus on simplicity, and — with sharp marketing — turned the nearly bankrupt company into an industry leader. Apple then applied the “make it simpler” philosophy to music players, phones, and tablets, trimming anything unnecessary from a given device category, each time (eventually) winning over initial skeptics.

There was one situation where Apple went too far: nearly 11 years ago, when it released the third-generation iPod shuffle. In what seemed at the time like a designers’ joke, Apple removed literally every button from the device, leaving it with nothing more than one port and a power switch. The only way to control music playback was with a remote integrated into the cheap included headphones, which could (and did) easily break, requiring replacement. After criticism, Apple backpedaled on the design, restoring the buttons in a more widely liked sequel, and perhaps learning some lesson about not getting rid of essential conveniences.

Yet Apple didn’t give up on eliminating ports and buttons from its other devices. It infamously removed headphone ports from new iPhones in 2016, a “courageous” decision that led to years of mockery from rivals and hand-wringing from customers. Less controversially, it nixed Home buttons on iPhones, orientation lock switches on iPads, and everything from physical function keys to spare ports and SD card readers from MacBooks.

Over the past few days, Apple’s possible plans for a similarly major port change have come up again for discussion, thanks to a European effort to harmonize charging accessories across manufacturers’ devices. As European Commission regulators are once again trying to force Apple to ditch its proprietary connector standard in favor of USB, a claim has floated — within Apple-centric circles, and not for the first time — that the company would sooner kill the iPhone’s charging port entirely than switch to USB-C.

Some skepticism on this point is healthy; Apple did in fact switch the iPad Pro from Lightning to USB-C in 2018 without making a particularly big deal about it, and past rumors of iPhone Lightning changes have generally gone nowhere. But there’s a chance the company could try to go portless for iPhones. Some might call such a move courageous. While there are pros and cons to doing so, it could also be dangerous. 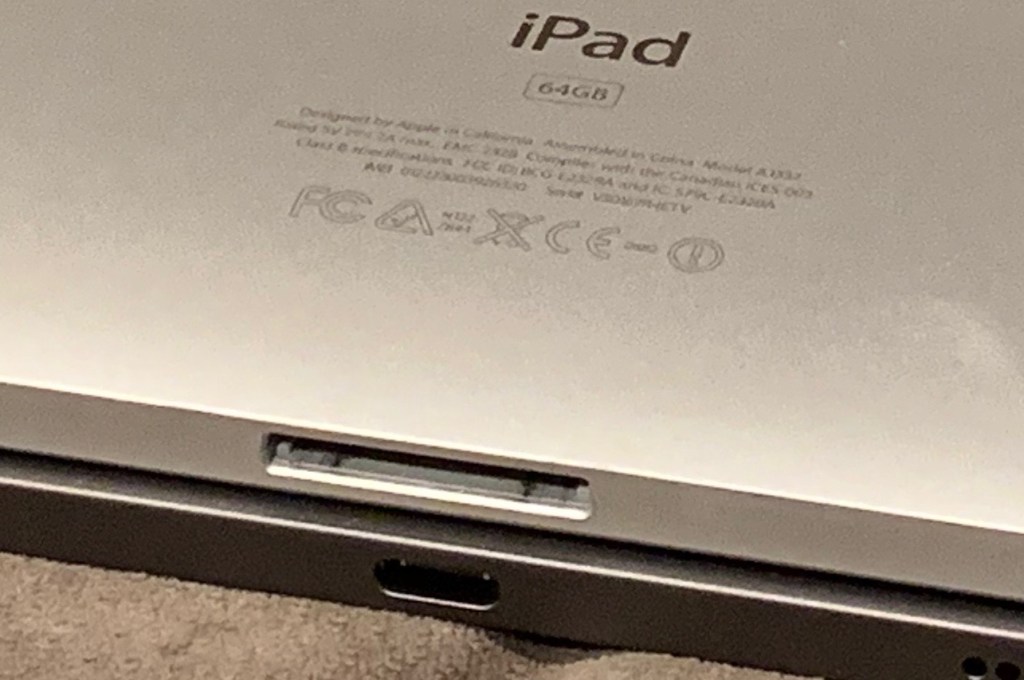 Above: The new iPad Pro’s USB-C port is shown under the original iPad’s Dock Connector port.

There’s a stronger case for going fully wireless now than ever before. Wireless Qi chargers are at peak popularity. Wired data connections of all sorts continue to give way to wireless ones, including higher-bandwidth Wi-Fi, quicker Bluetooth, and 5G cellular standards. Killing the iPhone’s Lightning port would still leave users with these wireless alternatives, and possibly enable Apple to improve device waterproofing in the process.

Security might be another reason to remove the port. Third-party iPhone hacking tools generally rely on Lightning connections to wiggle their way through the device’s defenses, using exploits to compromise users’ private data. Closing the port could kill one of the iPhone’s biggest attack vectors.

Arguably the single biggest reason not to kill the port is that it’s the easiest way to connect to an iPhone in the event of a serious hardware- or firmware-level failure. Since the Lightning connector handles both power and data, plugging a cable in enables a near-instant connection to even a completely discharged device, or one that might otherwise be non-responsive for reasons unknown. Otherwise, users and technicians will need to wait for both an inductive charge to bring the device power level up and some visual affirmation from the device that it’s indeed making a wireless data connection.

The rare but real need for some sort of wired data connector compelled Apple to include secret, non-user-accessible ports in both the Apple Watch and Apple TV for emergency purposes. Each device is intended to operate wirelessly apart from the need for power, but Apple apparently didn’t feel that either could be left entirely without the option of a wired data port. 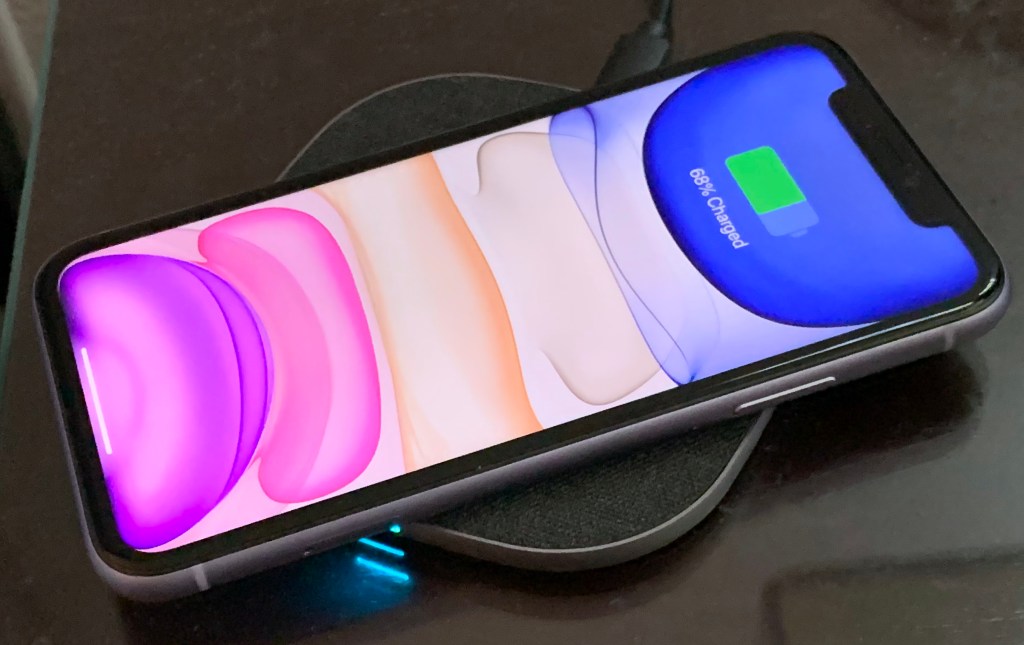 Above: Totalee is one of many companies now offering attractively minimalist Qi wireless chargers that work with iPhones.

For iPhones, there are other obvious benefits of continuing to include wired charging and data. Wired charging can be many times faster than wireless charging, a factor other companies have exploited more than Apple, and data transfers of large files (including videos) may still be faster over wired connections than over common Wi-Fi or Bluetooth. iPhone users who rely heavily on Apple’s iCloud are accustomed to small, incremental data transfers, but those who back up and restore devices or frequently transfer videos to computers may have good reasons to prefer wired connections.

If European regulators keep pushing for a single connector solution, Apple will have two choices — switch to USB-C, or yank the plug and rely on Qi for power. My hope is that the company keeps improving its wireless power and data solutions, but follows the iPad Pro and pivots to USB-C, which has established itself as a solid connector standard with enough versatility, resilience, and security to be worth using across multiple devices for years to come.

There may well come a day when wireless charging and data are fully viable replacements for wired alternatives. We’re just not there quite yet, and until equally powerful wireless options are commonplace, users shouldn’t have to take further leaps of courage to keep using their iPhones.