Designed primarily for enterprise customers, both of the headsets are based on the same basic platform: Qualcomm’s Snapdragon 845 chipset, coupled with Wi-Fi 5. At the last minute, Pico opted to leave out the 60GHz millimeter wave frequency technology that’s similar to optional add-ons that have been offered for select HTC and Oculus VR headsets and was expected to be incorporated directly into these goggles for the first time.

In hands-on testing of a prototype Neo 2 late last year, we found that the wireless 60GHz performance with a nearby PC was basically indistinguishable from a wired connection. Boundless XR technology enables the headset and PC to share real-time processing responsibilities, delivering a responsive, low-latency viewing and listening experience. But your results may vary, depending on the specific application, PC, and Wi-Fi 5 network.

Each of the Neo 2 headsets delivers 4K display resolution with a 101-degree field of view and 75 frame per second refresh rate — by 2020 standards, solid rather than breakthrough performance. Bluetooth 5.0 enables connectivity to two 6DoF electromagnetic controllers, each with an undercarriage trigger button not shown in the photo below. A counterweighted battery provides power for the headset to operate either in PC or standalone mode. 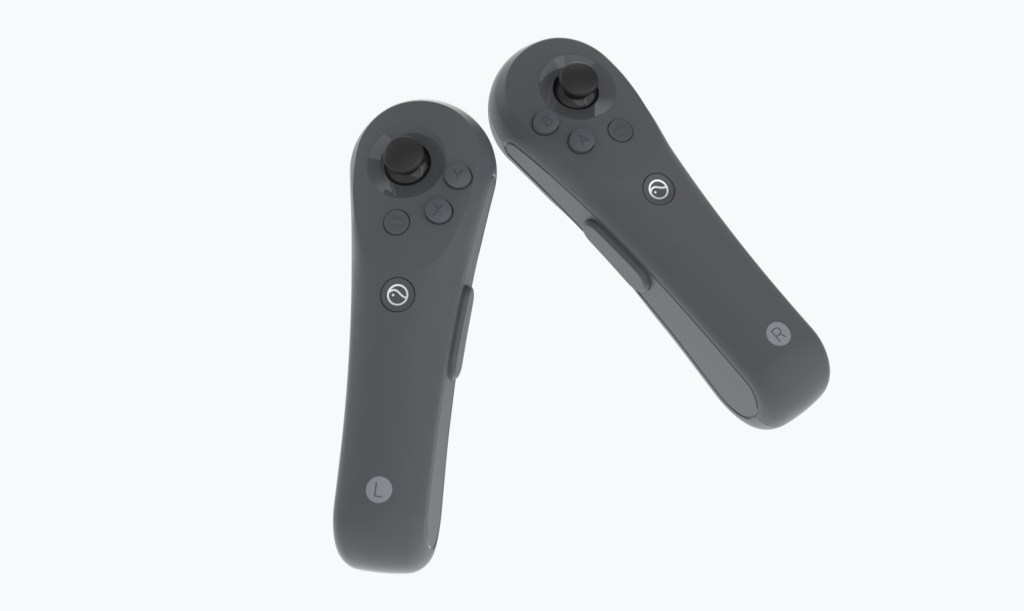 “Few non-tethered headsets offer this level of visual quality, design, and support,” said Pico CEO Henry Zhou. “With the launch of the Neo 2, we are giving businesses around the world the opportunity to elevate the way in which [they] operate — from training to providing unique experiences through VR.” The company expects Neo 2 will be used for in-flight entertainment, pain management in hospitals, and a wide variety of other applications.

For many of these use cases, Neo 2 will operate in standalone mode, which relies fully on Snapdragon 845 processing, backed by 128GB of onboard storage and an SD card slot. In this way, enterprises can deploy Android-based apps directly on the headset, backed by Pico’s Enterprise Management Program for optional device firmware and loading screen customization, as well as development assistance.

Pico will ship the Neo 2 headsets starting later in 2020. The Neo 2 Standard will sell for $699, impressive given that the original Pico Neo had a $749 price tag, and the Neo 2 Eye will sell for $899, just as last year’s Tobii-powered HTC Vive Pro Eye sold at a $200 premium over the standard Vive Pro.

Updated at 10:20 a.m. Pacific: Pico reached out to note that the 60GHz Wi-Fi feature previously demonstrated with Neo 2 is no longer included and has been replaced by 2×2 5GHz Wi-Fi 5. The standalone 60GHz streaming box it has shown off is now being described as a “tech demo” that “will not be available,” and the 90Hz display refresh rate is down to 75Hz — collectively, quite a few downgrades from what was originally expected. The article has been updated to reflect these last-minute changes.