When the Consumer Electronics Show (CES) is at its very best, the annual trade show feels like a wonderland where visitors can see and possibly even touch new technologies for the first time. But CES 2020 isn’t quite like that for the next-generation cellular technology 5G, which this year has managed to spread across all of the show’s exhibition areas, yet not feel especially exciting wherever it appeared.

The implicit message from major companies, wise or not, is that they’re holding their big 5G announcements for other events, such as next month’s Mobile World Congress in Barcelona. Just ahead of its CES keynote, Samsung killed hopes for major 5G announcements by pre-announcing a February 11 Unpacked event for its next-generation S-series phones. That left the world’s leading 5G device maker in the awkward position of needing to discuss 5G at CES, but without any new phones to show.

Instead, Samsung split its expanded 5G booth area into two areas, one with previously released 5G phones on display — interestingly generating long lines to go hands-on with the already released Galaxy Fold 5G — and, if you looked for it, the Galaxy Tab S6 5G. Samsung says it’s the world’s first 5G tablet (if you don’t count the hybrid Fold 5G), and plans to ship it in South Korea in the first quarter of 2020. 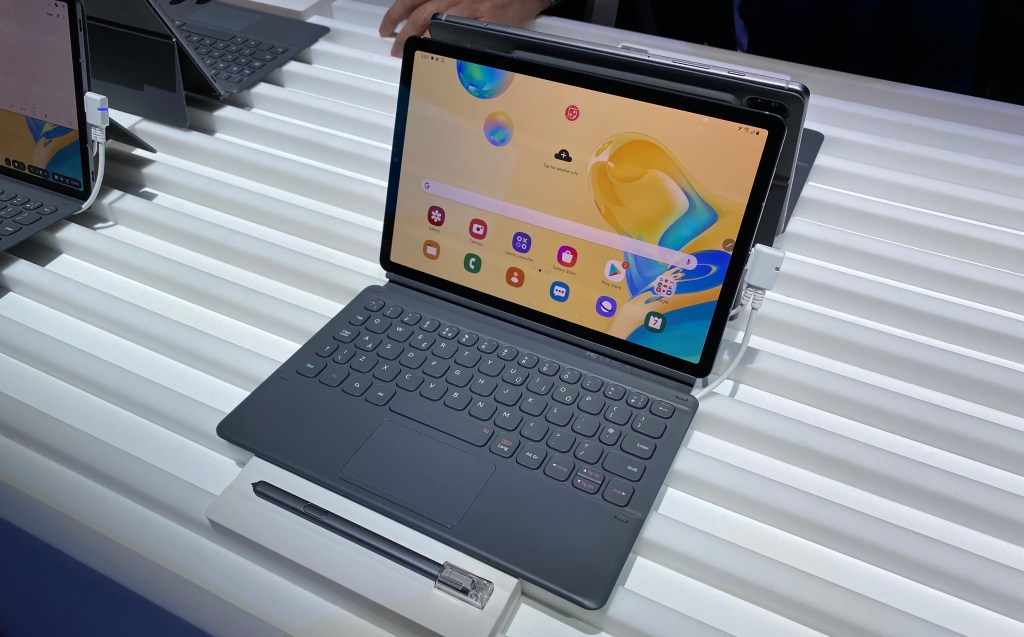 For whatever reason, Samsung doesn’t seem to be putting much of a marketing push behind the 5G Tab, despite the fact that it’s ultra-thin and quite powerful. My guess is that the unit’s odd release timing — well after the Tab S6 debuted — and sub-6GHz-only 5G support might make it a Korea-exclusive model, with a proper followup adding support for the millimeter wave towers found in some U.S. cities. Notably, none of the demo units appeared to actually be connected to a 5G network, so they couldn’t show off the feature that makes them special.

The other “5G” section of Samsung’s booth focused on new car technologies, including a 12-antenna 5G telematics unit for cars, a QLED screen that mounts on the back of a car to provide cellular-shared warnings, and a demo of cellular vehicle-to-everything (C-V2X) communications. While C-V2X will eventually enable autonomous cars to sense pedestrians and traffic lights, it’s just beginning to get the necessary regulatory approvals to roll out in select countries, so a huge multi-screened demo of its potential to eliminate crosswalk fatalities felt somewhat overwrought. 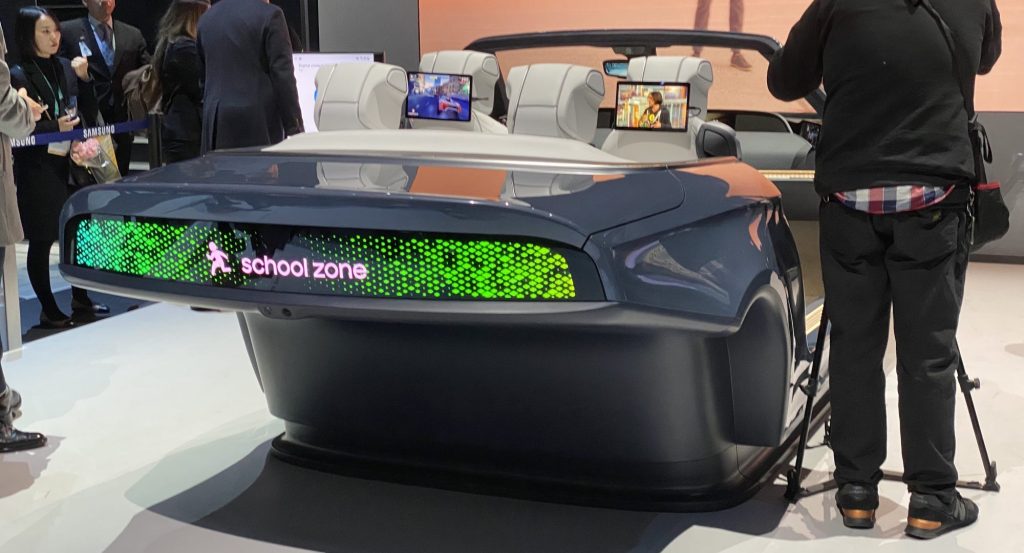 As we walked through the 5G car section of the booth, Samsung Networks VP Alok Shah filled me in on the company’s infrastructure efforts, noting that it’s seeing growth in both U.S. and international 5G millimeter wave deployments. Local approvals of millimeter wave hardware continue to bear fruit — slowly — so unannounced U.S. cities will be coming on board with millimeter wave this year. Countries with robust sub-6GHz 5G will begin deploying millimeter wave to aid in population-dense cities, as well.

Additionally, rural 5G will start to take off thanks to new 5G consumer premises equipment (CPEs) that will give customers in far-flung areas access to wireless broadband. While carriers will determine the speeds, Shah noted that the regulatory minimum threshold for “broadband” is now 25Mbps, so carriers will make the determination between serving many customers with the bare minimum or serving fewer with faster speeds. Regardless, he said, the current service level in many rural areas is “0,” which will make 5G a game-changer.

Most companies didn’t have as much to say about 5G as Samsung, regardless of how strong their competitive positions seemed last year. A paradigmatic example was LG, which spent much of the past year promoting and selling actual 5G phones across multiple territories. LG restricted 5G to a tiny spot in its sprawling, overcrowded booth, showing off one phone: the already released V50S, a spec-bumped follow-up to the company’s first 5G phone, which was set up to demo 3D dancers that could be placed on a flat surface using AR. 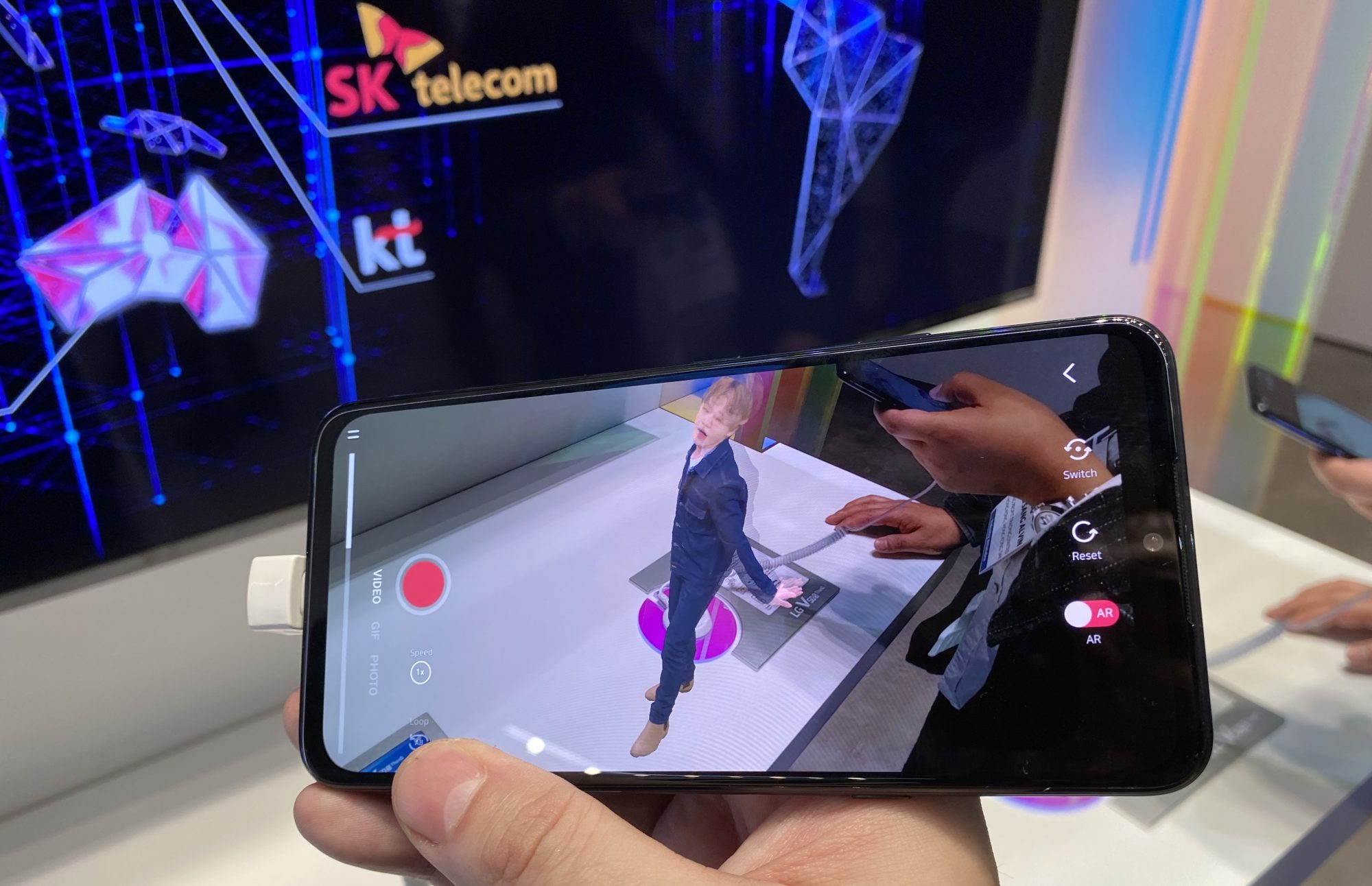 Nothing about the demo screamed “5G.” Nor did anything about the phone. If it hadn’t been for a “5G begins with LG” sign and a promotional video touting Sprint’s 5G network, there would have been no reason to even suspect the device was 5G capable — or that LG cared.

We’ve covered a handful of other 5G announcements in separate articles, including the joint Qualcomm-Lenovo announcement of Yoga 5G, previously known as Project Limitless, which is being billed as the world’s first 5G PC, and will sell for $1,499 and up in the spring. HP and Dell also announced 5G-optional laptops that will ship this summer, but neither company provided prices for their 5G options. 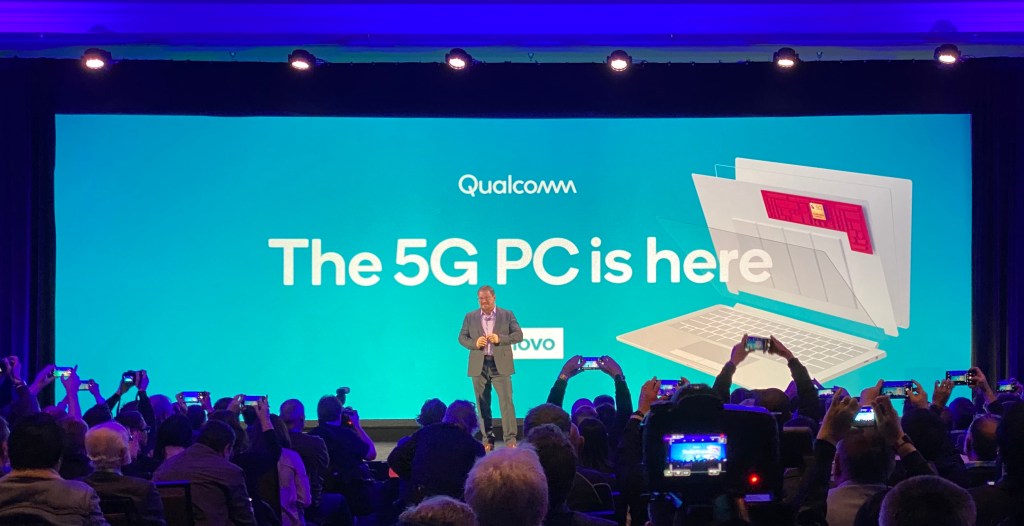 Apart from the impending release of 5G tablets and PCs, the 5G news at CES has focused on more mundane hardware, including Linksys, Netgear, and D-Link hybrid 5G modems and Wi-Fi routers; the announcement of cheaper 5G phones and chipsets; and the use of 5G to facilitate network TV broadcasts.

In short, 5G is — as predicted last year — headed everywhere and into virtually everything in 2020. But a lot of that growth is happening quietly, in less sexy types of consumer and infrastructure hardware, and presently without the sort of huge industry-wide marketing push that will kick off the 5G upgrade supercycles analysts have been predicting.

With somewhere in the neighborhood of 170,000 attendees, and guaranteed media attention for major announcements, CES 2020 could have been a great stage for companies such as Samsung to make big 5G news. Instead, we’ll have to see whether February events such as Unpacked and Mobile World Congress deliver the sort of genuine 5G excitement that CES lacked.