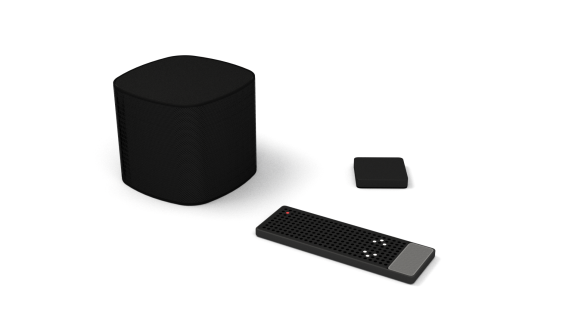 Earlier this week we learned that worldwide smart speaker sales are expected to increase sixfold within the next couple of years. This mirrors multiple studies that say the majority of U.S. households will have a smart speaker by 2022, powered by current leading intelligent assistants Google Assistant and Alexa.

At the same time, tech giants making intelligent assistants seem to want to have it both ways, selling products to both consumers and governments. For example, Microsoft, maker of Cortana, may be supplying facial recognition software to ICE, the government agency tasked with capturing and detaining immigrants who are in the United States illegally.

As Amazon rolls out deep learning camera Lens and fashion assistant Echo Look, the company has drawn pleas from employees, the ACLU, and a number of other organizations to stop sharing its facial recognition software with law enforcement agencies. This is on top of the incident in May, still not yet fully explained, in which an Echo speaker sent an unauthorized voice recording of an Oregon woman’s conversation to a person in her contact list.

And even as Google’s line of Home speakers eat into the market share of the Amazon Echo series, Google has been working with the military to improve drones’ targeting abilities.

As conversational computing becomes more widely available, assistants that offer a different sort of vision of the future are emerging, offering counter-narratives and different technological approaches.

That’s why startups like Snips, which is bringing its own smart speaker to market, center their attention on one primary differentiator: privacy.

“My goal is to destroy Alexa by providing a platform that is the exact opposite, that people are going to enjoy building on top of,” CEO Rand Hindi told VentureBeat in a phone interview. “If you really want to distinguish yourself from Alexa or Google, you have to do something that’s radically different. My job is not to catch up to Alexa. My job is to offer something that’s so different that people effectively don’t even compare — that’s my objective.”

The problem with Google Assistant and Alexa, Hindi says, is that by centralizing so much of people’s personal data and operating in the cloud, they become increasingly ripe targets for mass surveillance or hacking.

At the same time that smart speakers are becoming the most popular piece of consumer electronics, tech giants are looking more and more prone to corporate espionage or Big Brother scenarios. Therefore, they could be vulnerable to competition from an alternative product that, instead of recording everything you say and sending it up to the cloud or to a person in your contact list without your consent, will protect your privacy.

“There is no way we can start having AI all around us in our living room if we’re constantly potentially under surveillance,” Hindi said.

Regardless of whether smart speaker conspiracy theories are true, they’re having an effect. A PricewaterhouseCooper survey released in April found that a lack of trust in the makers of AI assistants could become a hindrance to consumer adoption.

Among the U.S. residents surveyed as part of the study, 18 percent of them said they don’t own a smart speaker or device with an intelligent assistant, with more than half saying it’s because of privacy concerns. The report didn’t elaborate on exactly what people were worried might be done with their personal information, but it’s easy to imagine what companies as big as Google or Amazon could do, considering that their monopolies were built on monetizing users’ personal data.

“I think the biggest value of privacy and voice assistants will be to facilitate adoption. I think that’s going to be the major differentiator,” Hindi said.

Hindi wants decentralization of assistants to become the norm, and for smart speakers to go the way of messaging apps, where end-to-end encryption and increased concern about privacy drove the popularity of services like WhatsApp and Telegram Messenger.

Snips presents itself as a decentralized assistant, which carries out machine learning on the edge with no data shared in the cloud.

Last month, Snips debuted Snips Air, a smart speaker with an assistant inside to do many of the things others do, such as check your calendar, play music, and control devices throughout a home. Smaller devices with microphones inside can be placed on walls or even carried on your person to extend voice control throughout a home, not just the area within shouting distance of the speaker.

Two weeks later, the Paris-based company raised $13 million to continue to grow its platform and appeal to developers. More than 14,000 developers have used the Snips series of products, ranging from an assistant creation platform to the Snips natural language benchmark dataset to a software development kit used to place its assistant in a range of hardware.

The Snips message is in line with Mycroft, an open source, independently made assistant similarly focused on privacy. The Mycroft Mark II smart speaker, which looks a bit like a giant pill with a screen, became available earlier this year.

In the car, where Google is pushing Assistant in Android Auto and Amazon is installing Alexa in cars from Toyota and Ford, SoundHound is pitching its assistant and Hound platform as an alternative that lets brands deploy conversational AI without the need to say “Alexa” or “OK, Google.”

“Any company that has a successful product and brand doesn’t want that. They don’t want their user and brand to be hijacked by these companies. Our platform allows our partners to integrate a better technology, maintain their brand and users, and differentiate and innovate,” SoundHound CEO Keyvan Mohajer told VentureBeat in an interview.

SoundHound does not present itself as a better choice based on privacy, but just like more recognizable AI assistants, alternatives like SoundHound and Snips are competing to make their assistants available in a broad range of devices found in the home or workplace.

As companies like Snips and Mycroft attempt to appeal to more consumers and brands as viable alternatives to Alexa, big tech companies are snapping up startups to give their assistants a boost.

Facebook reportedly acquired London-based Bloomsbury last week, and last summer it acquired Ozlo, a company that, prior to its acquisition for an undisclosed amount, also argued independence as part of its main appeal.

In May, Microsoft acquired Semantic Machines to make its conversational AI services like Cortana smarter and attract more research talent from the San Francisco Bay Area.

The future of voice apps

There’s no telling whether Mycroft and Snips go the way of other startups and get eaten by bigger fish in the conversational AI pond, but the choice they offer is intriguing.

The option of a decentralized assistant, Hindi said, where users are assured their data won’t be shared, makes possible a different type of thinking about what a home assistant and the voice apps it provides can or should do.

Assured privacy also leaves the door open for next-generation assistants that not only listen for a wake word, but proactively listen with microphones or watch with cameras. There are already home security systems available that can do things like tell you when your dog is on the couch, but future systems may be able to do things like interpret your mood and change lighting, detect if an elderly person has fallen and call for help, or react to other signs of trouble.

Empowering people with their personal health care data, for example, in an environment where they don’t need to be afraid of it being monetized, hacked, or exposed outside their home could lead to the creation of some unique, powerful applications. But privacy must be addressed before those use cases can be considered a possibility, Hindi said.

“I think that usage will grow with the adoption of voice [computing] as a platform, and in order for that to happen, people need to not worry about privacy,” Hindi said. “And it doesn’t mean that they’re waiting for a privacy-by-design assistant to solve a specific problem. I think it’s just that the mentality is that privacy is important to voice, and that the only way a billion people will have a voice assistant is actually if those voice assistants guarantee privacy. So I think before we can start seeing some really clever new innovative use cases, we first need to fix this friction to adoption that privacy currently is.”

After enough bruising rounds of attempting to assuage the privacy concerns of consumers, some use cases may end up off limits for big companies concerned about upsetting their fan base.

Tech giants launch new features for their assistants every few weeks in part to feed the perception that the speakers are getting smarter, but they could choose to avoid cutting-edge, innovative use cases. After corporate espionage accusations, conspiracy theories, and letters from Congress, Google and Amazon could decide instead to focus on returns for core products like shopping, search, and respective smart home companies Nest and Ring.

With time, and as more people gain access to their own data, assistants could become more personal, not the opposite. That could make room in the voice ecosystem for companies that pitch themselves as the anti-Alexa.