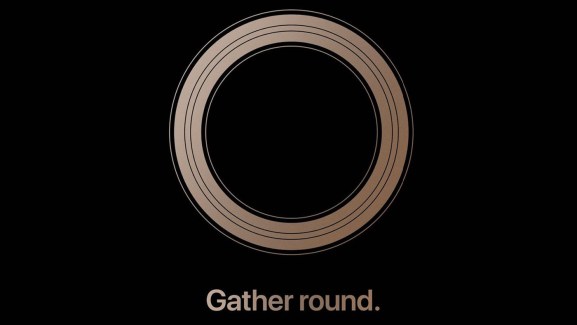 Apple has officially sent out invitations to its latest media event, “Gather round,” which will be held on September 12, 2018 — a year to the day after the iPhone 8 and iPhone X were officially revealed. Following recent tradition, the event will start at 10 a.m. Pacific, and will be held in the Steve Jobs Theater at Apple’s headquarters in Cupertino, California. The invite’s theme is a pun on the circular shape of the Apple Park building, depicted with a golden tone.

In addition to featuring finished versions of iOS 12 and watchOS 5, the event is expected to include the launch of three new iPhones — possibly named the iPhone Xs (5.8-inch/6.5-inch) and iPhone Xc, reportedly including new gold-toned options — as well as the new Apple Watch Series 4 with larger screens. A small software update to the Apple TV, tvOS 12, is also likely to arrive at the September event, as are Apple’s long-awaited AirPower wireless charging pad and a wireless charging case for AirPods earphones.

It is currently unclear whether Apple will also use this event to launch new iPads, Macs, and the latest Mac operating system, macOS Mojave. Apple notably delayed a tentpole iOS 12 feature, Group FaceTime, for a release “later this fall,” which may have been intentional to spotlight the full screen-demanding feature at an event with larger displays.

Rumors have suggested that Apple will debut the first iPad Pro models with Face ID — and thus, support for Animojis — this fall, as well as a new entry-level MacBook and professionally focused Mac mini desktop. Collectively, these new iPad and Mac designs could justify a separate computer-focused event.

September events have become predictable parts of Apple’s annual refresh cycle. This will be the seventh September iPhone event since 2012’s introduction of the iPhone 5, with preorders likely starting several days later, and initial availability of announced products typically commencing within 7-10 days of the event. If history is an appropriate guide, early iPhone preorders would start on September 14, with deliveries commencing on the 21st.

Updated August 30 at 12:50 p.m.: Only hours after making the event official, Apple leaked official details and images for the “iPhone XS” and the Apple Watch Series 4. The full story is here.