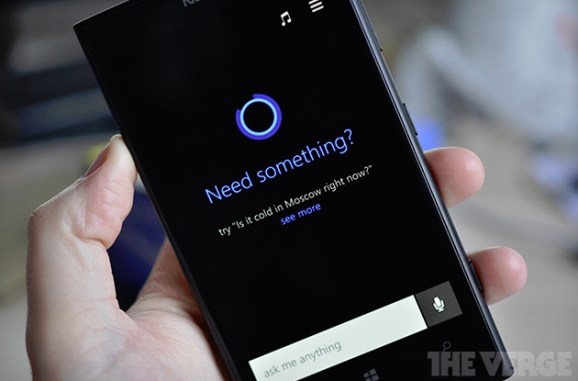 Microsoft today introduced the Cortana Skills Kit for Enterprise to give businesses the power to create custom voice apps for their employees, as well as for users. At launch, the skills kit for enterprise will be available by invite only. Invitations for companies and developers will be made available in the future.

Also introduced today were a number of new AI-powered services for Microsoft 365, automated machine learning to compete with Google’s AutoML, and a $40 million AI for Humanitarian Action initiative.

Cortana skills for the enterprise is one of the first major updates to improve the way Cortana works for developers since Javier Soltero joined the Cortana team as product lead earlier this year, after running the Office product group.

The goal is to make Cortana skills and conversational computing in the workplace as easy to use as smartphones are today, requiring no lengthy introduction or user manual, Soltero said in a blog post. Soltero spoke at length with VentureBeat about his vision for Cortana in an interview earlier this year.

As a proof-of-concept, Microsoft employees built an IT help desk skill for Cortana to help file tickets for any employee having trouble with their computer.

A number of initiatives have been announced in recent months to amp up Cortana’s intelligence and Microsoft’s overall conversational AI smarts, including the acquisition of Semantic Machines — in part to create a conversational AI center for excellence at the University of California, Berkeley — and the opening of a Cortana Intelligence Institute.

Cortana skills for the enterprise could build upon Cortana’s advanced intelligence — compared to that of competitors in the workplace — with enhanced abilities to check emails or surface information about people in your next meeting from the LinkedIn knowledge graph.

However, the Cortana Skills Kit to help developers create voice apps that work with Microsoft’s AI assistant has seen little adoption since it was first introduced in public preview in Spring 2017.

The announcements were made today at Microsoft Ignite, a conference being held in Orlando, Florida for IT professionals.

Last week, Microsoft and Amazon took the next step forward in a partnership with the integration of Skype for video calls with Amazon’s Echo Show. The partnership to bring Alexa into Windows 10 PCs and Cortana into Echo speakers was first made publicly available last month.

The Cortana Skills for Enterprise will compete with Cisco’s Spark Assistant and Alexa for Business, a service introduced by Amazon that lets businesses create their own skills and experiences for internal use.

Also in conversational AI news today, Microsoft announced it surpassed a new milestone in text-to-speech synthesis, which it says makes computer voices achieve parity with the voices of people. It also announced a series of updates to its Bot Framework.

Ahead of Ignite, Microsoft said last week that it plans to make mixed reality for the workplace generally available in the coming weeks, and it introduced new AI services for marketers and sales agents, including a Dynamics 365 service that helps marketers create automated bots based in part on existing customer conversation data.