I didn’t trust yesterday’s report that Samsung has sold over 1 million $2,000 Galaxy Fold smartphones. It was impossible to accept the big number — $2 billion in revenue from a foldable device that famously suffered through extended post-announcement redesign delays — or the implicit suggestions that Samsung confidently went on to manufacture a million of them, or somehow convinced a million people to buy devices at that price even after multiple preorder cancellations.

It took Samsung nearly a day to counter the claim, but overnight, South Korea’s Yonhap (via the Korea Herald) reported that the company is now denying “media reports” of the number. Those “media reports,” incidentally, were based on a quote from Samsung Corporate President and Chief Strategy Officer Young Sohn, who publicly said:

And I think that the point is, we’re selling [a] million of these products. There’s a million people that want to use this product at $2,000.

The math never worked for me, in part because I recalled that Samsung had previously estimated that it would sell only 500,000 Galaxy Folds this year — still a large number given that price tag. And it’s not just Samsung; I similarly doubted that Huawei would match or exceed Samsung’s sales with its own foldable device, Mate X, which has an even higher ($2,600) price tag and was delayed for similar reasons to the Galaxy Fold.

In other words, 2019 won’t be the first year for any company — or all companies put together — to sell a million foldable phones. It took the better part of this year for completely working physical versions of devices like this to begin appearing at trade shows and/or stores. But I’ll be very surprised if at least one of those million sales milestones isn’t reached in 2020.

Ahead of the nearly simultaneous Mate X and Galaxy Fold announcements this year, the very idea of a folding phone seemed gimmicky and rushed. It wasn’t so much that people weren’t ready for the concept, but rather that there were fundamental questions about the hardware, software, use cases, and rumored pricing that had yet to be answered. If one of those companies, or a rival such as Apple, had emerged with the right product at the right price on day one, I could easily have seen a foldable phone market developing — like for the original iPad — almost overnight. 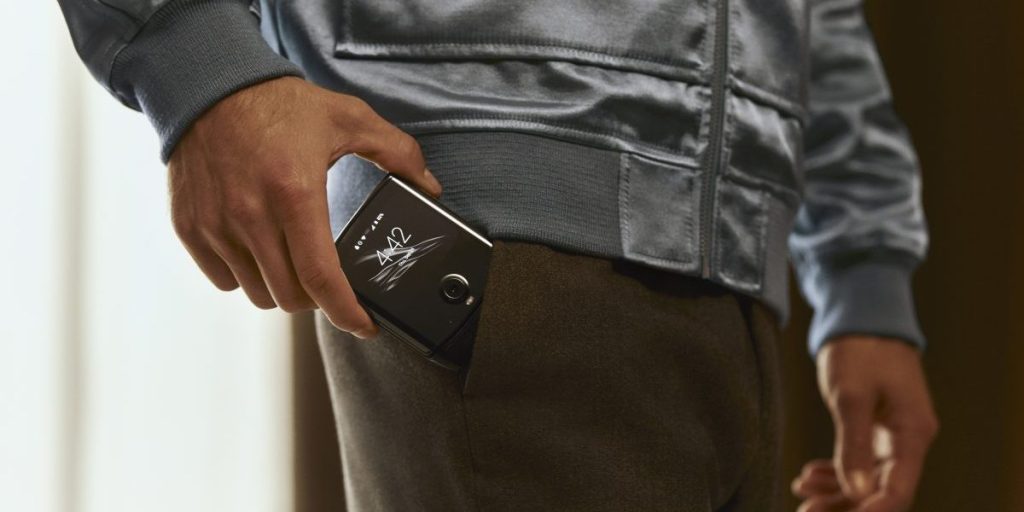 Above: The new Motorola Razr.

That didn’t happen, and instead, multiple companies spent the past year teasing phones that differ in shape, number of screens, and whether they fold on the X or Y axis. It’s increasingly clear that there will indeed be conventional smartphones that fold up like wallets — see: Motorola’s folding Razr — as well as Galaxy Fold- and Mate X-style tablets that fold down into smartphone-ish form factors. Other companies, including Xiaomi with the Mi Mix Alpha concept phone, are exploring the still questionable value of “surround display” screens that fold around the device without using a folding hinge. I’ll put that “non-folding” category entirely aside.

Unlike the Galaxy Fold and Mate X, which require a user with overlapping Venn diagram circles of “wants new tablet,” “wants new smartphone,” and “willing to pay $2,000,” Motorola’s new Razr is just trying to appeal to users who want a new phone with a big screen that folds to a smaller footprint, and are willing to pay $1,500 for that. My personal take is that the Razr’s value is killed by its use of an old, midrange Snapdragon 710 processor and 4G rather than 5G cellular support, but if the Razr is marketed properly, enough people may disagree to help Motorola sell a bunch of phones, anyway.

Samsung’s next offering has a better chance at going mainstream than the original Galaxy Fold. The company teased a Razr-like folding smartphone without a name or any details at a developers’ conference in late October, then confusingly released a different and tweaked Galaxy Fold tablet-phone under the name W20 5G. Today, Samsung’s Razr-style foldable appears set for a formal introduction in early 2020. Some rumors have suggested that this device will be called the Galaxy Fold 2, even though it’s fundamentally different in most regards from its predecessor — not a tablet in any way, and unlikely to have a huge second screen on its exterior.

Assuming it has worked out the kinks with folding screen durability — a point that shouldn’t yet be taken for granted — I think a more easily pocketed device with the big screen size and horsepower of a flagship phone could command a flagship price. Not a $2,000 or higher price, and as I said some time ago, probably not $1,500, either. It could work in the sub-$1,300 range, in the stratosphere dominated by today’s top iPhones.

At the right price, and with the right features, Samsung could easily sell over a million of these foldables. We’ll have to wait and see whether Samsung hits the right numbers this time, but I hope that it does; 2019 established that foldable devices have a place in the market, but it may take longer than 2020 to see whether that remains a tiny niche of the estimated 1.4 billion phones sold each year.